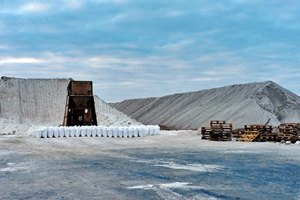 Yevpatoria is a city of contrasts, which never ceases to amaze guests with its irresistible modern appearance and amazing historical atmosphere. It impresses with its elegant medieval architecture and modernity. Religious tolerance and morals inherent in locals never differ in a mild character. Those who are going to devote rest to the study of historical monuments in Yevpatoria will not be exactly bored.
Your active city break in Yevpatoriya. Attractions, recreation and entertainment - best places to spend your day and night here
In the holiday season, the most popular vacation spots are the embankment and the Frunze Park. There are always a lot of people here; even late at night on the embankment you can meet …

Open
The most important sights of the city are the famous "Juma-Jama Mosque". It is a surprisingly beautiful architectural structure. The beautiful Cathedral of St. Nicholas the Wonderworker is also an important symbol of the city, and the Yeghia-Kapai synagogue reminds locals and guests of the resort about one of the most important historical periods. A lot of impressions will be presented by a walk along the winding streets of the Old Town. There are historical monuments on the Gorky Embankment, as well as on the theater square.
Very interesting in architectural plan is the building of the theater A.C. Pushkin and the gymnasium named after Selvinsky. Also in Yevpatoria there are many notable monuments, for example, a monument to Semyon Duvan - one of the mayors who managed to turn Yevpatoria from a remote provincial town to a resort of international importance at the beginning of the 20th century. There is also a monument to Major-General Nikolai Tokarev, a hero of the Great Patriotic War. Also famous in the city is the local poet of the XVII century Ashik Omer, who was born in Yevpatoria and all his life accompanied the Ottoman army in her numerous campaigns. Copyright www.orangesmile.com
Advices to travellers: what you should know while being in Yevpatoriya
1. From the railway and bus stations you can get to any resort area by public transport, the most common type of which is a fixed-route taxi. It is not advisable to use the services of …

Open
The resort town is not deprived of curious cultural institutions. It is worth visiting the Pharmacy Museum and the Mail Museum, which over the years has managed to collect excellent collections of exhibits. Important historical facilities of the middle Ages are the Turkish baths, which have not ceased to function for several hundred years. The fortress gates, which are located not far from the embankment deserves special attention. They are the surviving part of the ancient fortress, which for many years defended the city and its inhabitants from numerous conquerors. Despite the fact that Yevpatoria has always been a primary goal in the eyes of the latter, the city managed to preserve the historical heritage of various epochs, from the time of antiquity to the rich innovations of the 19th century.

This guide to cultural sights Yevpatoriya is protected by the copyright law. You can re-publish this content with mandatory attribution: direct and active hyperlink to www.orangesmile.com.
Yevpatoriya - guide chapters 1 2 3 4 5
Reference information
Map of all palaces

Public palaces near Yevpatoriya
♥   Palace 'Bakhchisaray Palace' , 63.6 km from the center. On the map

Photogallery of cultural heritage of Yevpatoriya

Excursions over cultural sights of neighbours of Yevpatoriya

Simferopol
The chestnut tree with five trunks was planted in 1829; according to one of the versions, five chestnut kernels were dropped into one hole, and that led to the unusual appearance of the tree. Currently height of chestnut is about 25 meters and diameter is about 5 meters. Locals care about the tree, so every year it becomes more solid and impressive. There are also quite ... Open »
Koktebel
The most important natural attraction is the volcano Karadag which according to historical data, was more than 150 million years old. Currently, the volcano is in the territory of a vast nature reserve. When speaking about it, usually remember another masterpiece of nature-the Golden Gate. It is called so because it is located near the foot of the volcano formation which in ... Open »
Kerch
Kerch museums are also quite interesting; their collections include many unique exhibits. Very interesting is the exposition from the Imperal Mound, excavations of the ancient Greet cities of Ilurat, Tiriaka and Nymphaeus, some excavations from Mount Mithridates and the crypt of the goddess Demeter with truly unique frescoes. In the Historical and Archeological Museum, there ... Open »
Odessa
Odessa offers its guests several dozens of museums for exploration. Each of the museums offers unique collections of showpieces. One of the most visited museums is the Odessa Archeological Museum, the Wax Museum is a perfect destination for a family visit. Pictorial art admirers will love the Museum of Western and Eastern Art and those tourists wishing to get a deeper insight ... Open »
Anapa
Couples in love will be interested to walk along the "Alley of Love". This is an ideal place for romantic meetings, located away from the noisy discos and lively areas. Here couples in love come to enjoy the noise of the sea and admire the stars. For those who love nature will be especially interesting "Lermontov arbor". It is located on the slope of the mountain, near the ... Open »
Zaporozhye
Anyone who did not see the Dnieper was not in Zaporizhia. Its graceful horseshoe-like view is good in any foreshortening, not every city of Ukraine can boast of such attractive and interesting industrial attractions. On both sides of the horseshoe-like view there are two remarkable parks: on the right bank there is the "Energetikov Park" with its ancient poplars and spreading ... Open »

Culture guide to Yevpatoriya. Which fascinating sights to visit once you are in Yevpatoriya: temples, churches, museums, theaters and castles. Recommendations (with addresses, phone numbers and links) on the places 'must visit' in Yevpatoriya. Plan your own city excursion by using this page info!