Sightseeing in Yevpatoriya - what to see. Complete travel guide 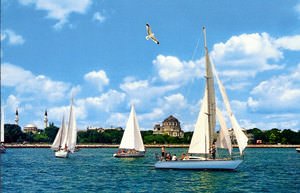 Not everyone knows that Yevpatoria is one of the oldest cities in the world. Every street of the charming city is saturated with the incredible spirit of past centuries. For those who wish to fully appreciate the historical heritage of the city, it is worth paying attention to the popular hiking route, which is called Little Jerusalem. If you walk along this route, you can see six unique religious sights, as well as a host of other historical sites. The route includes several ancient Turkish baths and handicraft workshops, where even now handmade craftsmen make a variety of handicrafts.
Your active city break in Yevpatoriya. Attractions, recreation and entertainment - best places to spend your day and night here
In the holiday season, the most popular vacation spots are the embankment and the Frunze Park. There are always a lot of people here; even late at night on the embankment you can meet …

Open
The history of Yevpatoria is incredibly interesting. Originally the settlement based on its place was called Kerkenitida, subsequently Gezlev, and afterwards Yevpatoria. The settlement was founded by the Greeks, and soon it became part of a powerful colony - Chersonesos. The city was perfectly fortified and a fortress was built here with twelve powerful towers. Seven centuries of successful existence of the beautiful Greek city ended suddenly - all residents left the city after learning about the threat of the Sarmatian invasion.
The surviving part of the towers and fortress walls, located on Duvanovskaya Street, today reminds of one of the most important periods in the history of the city. The next historical period concerns Turkish rule. At that time the city was called Gezlev. It had an important strategic importance and was an impeccably fortified settlement with a powerful garrison, where a significant part of the Turkish army was based. Copyright www.orangesmile.com
Advices to travellers: what you should know while being in Yevpatoriya
1. From the railway and bus stations you can get to any resort area by public transport, the most common type of which is a fixed-route taxi. It is not advisable to use the services of …

Open
When the Russian-Turkish war ended, and Crimea officially came under the rule of the Russian Empire, the city was renamed Yevpatoria. It was named after the famous Pontus king Mitridat Yevpator, who repeatedly saved the ancient Kerkinitid from the formidable Scythian tribes. In 1907, between Yevpatoria and Simferopol, the first telephone line was connected, and seven years later the first and the only tramway started to run here on the Crimean coast. The popularity of the resort over time only grew, and so in 1915 passenger trains began to come here. In Soviet times, Yevpatoria was a recognized children's health resort. Many sanatoriums were built here, which were oriented, first of all, to children's recreation and health improvement. Now Yevpatoria is one of the most popular cities in Crimea, which is famous for its developed infrastructure and rich historical heritage. 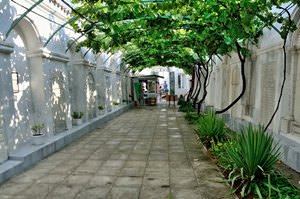 Among architectural monuments of the Middle Ages, the Gyozlyovsky Gate is worth being mentioned. It was built in the 15th century and was included in the system of city fortifications. The old gate is one of the few fortifications that have been preserved to this day. Over the last hundred years, little attention has been paid to this historical monument, so the gate was destroyed almost completely in the 50s of the last century. After a few years, the city government decided to restore this monument and finished it in 2004.
Cuisine of Yevpatoriya for gourmet with top restaurants and cafe
People began to settle on the territory of modern Crimea since ancient times. The formation of local culinary traditions was influenced by representatives of a variety of nationalities. …

Open
Unique Muslim monuments, including the Dervish Tekke, have been preserved too. This architectural complex is a very unique place in Crimea. It includes the building of the old mosque, tekke, madrasah, and some other constructions built in the period between the 15th and 18th centuries. In the 30s of the last century, all the religious constructions lost their original status and were used for the fleet’s needs. In 2000, the architectural complex started to be reconstructed for the first time. 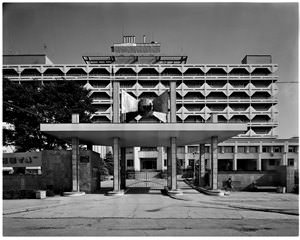 The most beautiful Muslim monument in Yevpatoria is the Juma-Jami Mosque. It was built in the 16th century and reconstructed for many times. Despite the fact that the mosque has almost lost its original appearance, it is still a vivid representation of historical traditions. In the Soviet period, the mosque served as a museum. It gained its religious status back only in the 90s of the last centuries.
Excursion over cultural sights of Yevpatoriya - 'must visit' points of interest
Yevpatoria is a city of contrasts, which never ceases to amaze guests with its irresistible modern appearance and amazing historical atmosphere. It impresses with its elegant medieval …

Open
The unique architectural monument in Greek style is the Temple of St. Elijah built at the beginning of the 20th century. The temple is distinguished by its very beautiful facade, on which you can see a lot of arches and elements in Greek and Byzantium style. The main values of the temple’s interior are fascinating stained glass windows that look very interesting in the sun. Several years ago, this temple was reconstructed too and then was presented in all its glory. The temple is surrounded by a small garden and you can walk through it after taking an excursion.

This guide to iconic landmarks and sights of Yevpatoriya is protected by the copyright law. You can re-publish this content with mandatory attribution: direct and active hyperlink to www.orangesmile.com.
Yevpatoriya - guide chapters 1 2 3 4 5

City tours, excursions and tickets in Yevpatoriya and surroundings

Survived castles around Yevpatoriya
♥   Castle 'Chufut Kale fortress' , 66.4 km from the center. On the map

Sights around Yevpatoriya from our guide 'Extreme places on Earth'

Distance from Yevpatoriya center - 67.9 km.
In the 17th-18th centuries, the cave monastery began to attract the attention of royal personages. It was visited by Catherine II, Princess Maria Alexandrovna and Tsar Alexander III, as well as other members of the royal family. Today, the cave monastery is a tourist attraction of national significance. After renovation, it looks incredibly impressive. For decades, archaeologists continue to work close to the monastery. Tourists will be able to see other early Christian artifacts in this wonderful historic district. As scientists believe, more than 1 500 years ago, one of the world's largest Christian communities could be situated there. … Read further

Search touristic sites on the map of Yevpatoriya

Sightseeing in regions nearby Yevpatoriya

Saky
The first mud baths were opened in 1827. Today, travelers can choose from dozens of holiday and special recreation houses. The main value of the resort is unique muds, the deposits of which are located right along the coastline. Many wellness resorts are very different from those attracting more tourists. The resort guests have a unique opportunity to relax at the wonderful ... Open »
Simferopol
Simferopol is one of the largest cities in the Autonomous Republic of Crimea in Ukraine. The city is located between the Inner and Outer chains of the Crimean Mountains in the valley Salgir River. Simferopol is a really important economic, administrative and cultural center of Ukraine. The capital of Crimea is full of interesting historical sights and monuments. The city has ... Open »
Sevastopol
Sevastopol has long been the most visited resort city of Crimea. Each year, about 10 million people vacation here. From year to year, the tourist infrastructure of the modern city is being improved. There are all the conditions for interesting pastime and comfortable recreation of the guests of Sevastopol. Most of the tourists are fans of beach recreation. Besides, Sevastopol ... Open »
Yalta
Remarkably, almost all the beaches of Yalta were paid until 2010. Now, the entrance to them is absolutely free. There can be extra charge only for beach equipment. With it, the biggest part of the coast is distinguished by very good equipment. In 2012, a range of Yalta beaches earned honorary awards for high environmental indicators, which made the resort more attractive. ... Open »
Simeiz
As for the incredible nature, the favorable climate at the resort should be noted. To improve your health, it is not necessary to visit wellness centers here. It is enough to spend more time by the sea and in the open air. The atmosphere of the resort has a positive effect on the body. For those who want to undergo a set of recovery procedures should choose one of the ... Open »
Koreiz
The village was being built up by different hotels, restaurants, private guest houses, and gambling houses that attracted adherents of beautiful leisure to these places. The construction involved legendary architects and engineers. Koreiz has turned into a luxurious aristocratic resort within just a few years. One of the first landlords’ residences on the territory of the ... Open »

All about Yevpatoriya, Ukraine - sightseeings, attractions, touristic spots, architecture, history, culture and cuisine. Prepare your trip together with OrangeSmile.com - find out the 'must see' things in Yevpatoriya, which places to visit, which excursions to take, where the breathtaking views are waiting for you. Planning your trip with this travel guide will help your to get the most out of Yevpatoriya in few days.