Sightseeing in Truskavets - what to see. Complete travel guide 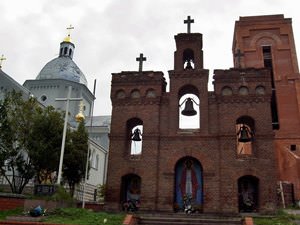 The resort city Truskavets is located not far from Lviv. It started to attract travelers in the 19th century. In the territory of the city, there are healing mineral springs. There are upscale wellness centers around them. Every month, over 10 thousand tourists visit the resort. Most of them are guests from distant lands. The enchanting resort is famous not only for its top-rated wellness centers, but also with its unique nature. The environmental indicators of the city meet the highest standards. The resort is surrounded by vast woods on all sides.
Due to the amazing climate, the resort is perfectly suitable for family recreation. It is interesting to visit Truskavets not only in summer, but also in the cold season. Winters here are very gentle and snowy. Besides 14 springs of mineral water, there are deposits of healing minerals in Truskavets. Mineral wax, as well as salt “Barbara” that tourists often buy in specialized shops and bring to their homeland for recovery procedures, is produced here.
The wellness centers of Truskavets are ready to offer its clients a wide range of wellness programs. However, don’t think that your vacation at this picturesque resort will limit itself to treatment procedures. Tourists have a worthy choice of places to walk. The acquaintance with the unique nature will bring you unforgettable emotions. From year to year, the infrastructure of the resort is developing. Today, you can find here a lot of attractive restaurants, pubs, disco and night clubs, most of which are located in the territory of the hotels. Copyright www.orangesmile.com
Truskavets is ready to offer travelers quite an interesting excursion program. In the city, there are several interesting culture objects. It should be also noted that the resort is not expensive, so you can travel in a big company. Despite the fact that the peak of the tourist season is summer months, many travelers prefer to visit Truskavets on the New Year’s Eve. The snow-covered city looks incredibly beautiful. At this time of the year, the main tourists’ entertainment is skiing. In any season, the guests of Truskavets are welcomed and can expect their vacation to be interesting. 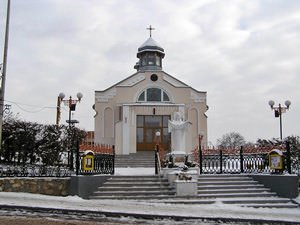 The guests of Truskavets can easily combine here traditional resort entertainments and interesting sightseeing tours. Fans of history will be impressed by St. Nicholas Church that was built in the second half of the 19th century. The first temple at its site was built at the beginning of the 16th century but then was destroyed completely. It was reconstructed for the first time almost 100 years ago. Its interior was renovated in the 90s of the last century. Today, the interior of the historical church is decorated with subtle paintings.
The city guests’ favorite place is the Resort Park. It is located in the city center. The park started to be established in 1895. At the beginning of the 20th century, the hiking routes in the park had a length of 20 km. Now, it is even much bigger. Today, in the park, you can admire magnificent age-old trees, decorative plants, and several historic constructions preserved on its territory. This wonderful park is very interesting at any time of the year. 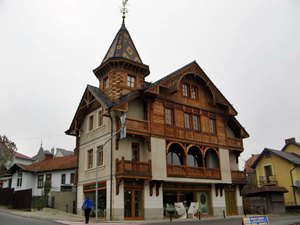 There is the Museum of Truskavets Resort in one of the central city streets. It occupies the spectacular villa of the beginning of the 20th century. In seven rooms of the villa, you can see hundreds of unique exhibits, most of which date back to the Middle Ages. The most valuable exhibits are architectural artifacts found when the surroundings of the resort were explored. In several rooms of the museum, temporary themed exhibitions are regularly held.
Art connoisseurs should certainly visit the M. Bilas Art Museum that was opened not so long ago, in 1992. The museum occupies one of the most beautiful wooden buildings in the city that was constructed in the late 19th century. One of the main features of the museum is that it was found when the eminent artist was still alive. Besides Michael Bilas’ paintings, you can see here his personal items and themed exhibits dedicated to his art. 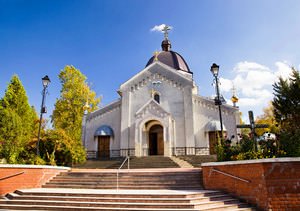 The Pump-Room № 1 is also very popular with visitors of the resort. It was founded in the pre-war period and is located in the city center. The pump-room is distinguished by a spectacular exterior and interior. Here, you can taste different types of mineral water from wells located in the territory of Truskavets. The pump-room is surrounded by the beautiful park with recreation areas.
This guide to iconic landmarks and sights of Truskavets is protected by the copyright law. You can re-publish this content with mandatory attribution: direct and active hyperlink to www.orangesmile.com.

City tours, excursions and tickets in Truskavets and surroundings

Survived castles around Truskavets
♥   Castle 'Stare Selo Castle' , 65.9 km from the center. On the map

National and city parks around Truskavets
♥   National Park 'Bieszczadzki Park Narodowy' , 65.7 km from the center. On the map

♥   Landscape Park 'Park Krajobrazowy Puszczy Solskiej' , 133.8 km from the center. On the map

Search touristic sites on the map of Truskavets

Sightseeing in regions nearby Truskavets

Lviv
In the old part of city is located Market Square. All four sides of the square are surrounded by 44 houses referring to different styles and periods (Baroque, Renaissance, Empire). These buildings have undergone numerous restorations and renovations, but their cellars have retained the elements of Gothic architecture of XV-XVI centuries. Lychakiv cemetery, which was founded in ... Open »
Ternopil
One of the most important events in the history of Ternopil took place in 1672. The Turkish conquerors invaded the territory of the city and destroyed most of the buildings and fortifications. Then, Ternopil had long been abandoned. The city started to be restored only in the second half of the 18th century. Invaluable architectural monuments that you can admire today were ... Open »
Bardejov
The rectangular shape square has low rise buildings on the perimeter. Surprisingly, all these buildings have different architectural styles. The Basilica of St. Giles is certainly one of the most notable buildings in the central square. The shrine lost its original look after numerous renovations, but, nevertheless, it still attracts a large number of tourists. Many ... Open »
Kosice
Kosice is a city located in the eastern part of Slovakia, at the foot of Black Mountain in the valley of the Hornad River. Kosice is the second largest city of the country and the center of the region with the same name. The population of the city reaches 235 thousand of people. The city is an important trading and industrial center of Slovakia. Here is also located the ... Open »
Chernivtsi
Every country contributed much to the development of the prospective city. For example, Chernivtsi has its incomparable appearance thanks to Austrian masters. In the period between the 17th-18th centuries, they built a lot of wonderful architectural complexes in Chernivtsi. Some of the buildings have been preserved to this day in their original form. Due to the plenty of ... Open »
Lublin
The so called Old Town of Lublin is one of the most beautiful places where visitors will enjoy the combination of various architectural styles. Numerous stone houses and temples have survived here since ancient times. The historical part of the city is represented by the area between Cracow Gate and the castle. Here are located such sights of Lublin as old Town Hall with the ... Open »

All about Truskavets, Ukraine - sightseeings, attractions, touristic spots, architecture, history, culture and cuisine. Prepare your trip together with OrangeSmile.com - find out the 'must see' things in Truskavets, which places to visit, which excursions to take, where the breathtaking views are waiting for you. Planning your trip with this travel guide will help your to get the most out of Truskavets in few days.