Sightseeing in Kiev - what to see. Complete travel guide 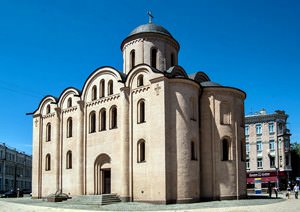 In order to get acquainted with all notable places of Kiev you will need more than one day of long walks. However, you will not need any transport as all main sights of this city are located nearby.

The main street of the city is called Kreschatik. We suggest starting your observation of the city with it. It’s also worth mentioning that this street is one of the widest in the world. On weekends the movement of the transport is closed on Kreschatik, so pedestrians can enjoy various architectural sights of this place, look at monuments and sculptures. The buildings on the street were made in different epochs, so their combination is unusual and very interesting to visitors. Here you will find numerous modern restaurants that offer wide selection of national and European dishes, and multiple trading centers and boutiques.
Family holidays with kids in Kiev. How to entertain your child, things to show to children.
The selection of entertainment for holidaymakers with children in Kiev is simply wide. They should definitely visit the Kiev Zoo. In this large zoo, you can see animals from all over the …

Open
Theatre connoisseurs should make a walk on Gorodetsky Street and look at Ivan Franko Theater. President Palace is located nearby. There you can also see one more interesting building – the House with Chimeras.
One more interesting place, Golden Gates, is located not far away from the main street. Once these ancient gates have been the main entrance of the city. When guests entered Kiev, the first thing they saw St. Sophia Cathedral built in the 11th century. Today its walls keep a large collection of relics and frescos that traditionally amaze people. The opposite side of the St. Sophia Square is the place of the location of Bogdan Khmelnitsky monument and St. Michael's Cathedral. When you are tired from walks in this city, you can make a funicular ride that features a magnificent view of Kiev. These are just some memorable places that are worth visiting when you are in Kiev. Copyright www.orangesmile.com
Cuisine of Kiev for gourmet with top restaurants and cafe
It’s not easy to choose the best one among hundreds of Kiev restaurants. Let’s start the story about most attractive gastronomic points of interest with the review of national …

Open
In Kiev, there is a unique ancient monastery – the Kiev-Pechersk Lavra. It was founded in the 11th century and is now a UNESCO site. The monastery is a compound architectural center with several temples, a theological seminary and other buildings. Even the oldest part was retained - the cells that were carved directly into the rock. In addition to religious relics, the monastery houses a rich collection of books. One of the largest state libraries in the country is located here. 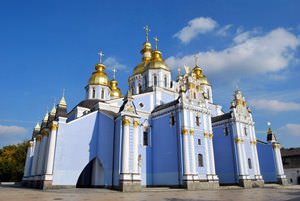 Among the religious attractions, the Saint Sophia’s Cathedral, deserves special attention. The first mention of it dates back to the 13th century. For hundreds of years of its existence, the cathedral has been repeatedly destroyed, but was quickly restored and each time it became bigger and more spectacular. Now the cathedral is also considered a site of world heritage. The last major reconstruction in it was held in the 17th century. In the cathedral, many old decoration elements have been preserved. At present, services are held exclusively on major religious holidays.
Authentic traditions, festivals and lifestyle of Kiev inhabitants
Travelers wishing to get acquainted with Kyiv's beautiful national traditions should visit the city during one of the major holidays. One of the favorite holidays among local residents is …

Open
The beautiful Saint Andrew's Church is considered one of the most spectacular in the world of monuments in the Baroque style. This church was built in the middle of the 18th century. It is located in the heart of the historical district of Kiev, on top of a hill. The temple impresses with its beauty. Its domes are painted in emerald color, and the facade is executed in a white-blue style. In this church, precious elements of decoration were also preserved. Many ancient icons and other shrines are kept in it. 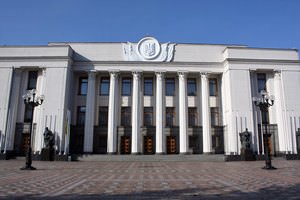 In Kiev, there are many outstanding architectural monuments. A spectacular example of the Art Nouveau style is the House with Chimaeras. The main feature of this original mansion is the sculptures decorating its facade, on which mythical creatures - chimeras are depicted. The interior of this mansion is no less original. The author of the building project was the famous architect Wladyslaw Horodecki.
Excursion over cultural sights of Kiev - 'must visit' points of interest
Among the spectacular sights of Kiev there are religious sites, unique monuments of architecture, and a variety of museums, so every traveler could choose an interesting cultural program. …

Open
The National Museum of History of Ukraine remains the most visited cultural institution in Kiev. Once it was founded like a small archeological exhibition. With time, the museum's exposition grew thousands of times. The official opening of the museum took place in 1904. Presently, in addition to unique archeological artifacts, one can see extensive collections of weapons, ancient coins, rare books, porcelain, and art products.

This guide to iconic landmarks and sights of Kiev is protected by the copyright law. You can re-publish this content with mandatory attribution: direct and active hyperlink to www.orangesmile.com.
Kiev - guide chapters 1 2 3 4 5 6 7 8 9 10 11

Shopping streets in Kiev
♥   Shopping area ' Khreschatyk' Kiev, 1.7 km from the center. On the map

National and city parks around Kiev
♥   National Park 'Chernobyl' , 113.1 km from the center. On the map

Art galleries in Kiev and around
♥   Art museum 'Museum of Western and Oriental Art' Kiev, 0.9 km from the center. On the map

Sights around Kiev from our guide 'Extreme places on Earth' 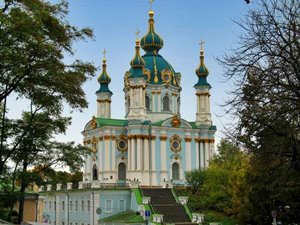 Distance from Kiev center - 2.9 km.
The cathedral has placed in a quite complex geological area. Because of that there were made a lot of rebuilding works. Movement of ground waters is the reason of splits in walls. Landslides can also make a number of damages for the church. The cathedral was a victim of thunderbolts, cupolas were partly destroyed by it. The last large renewal was in 1978-1979. Several years ago, the religious monument was closed for renovation. … Read further 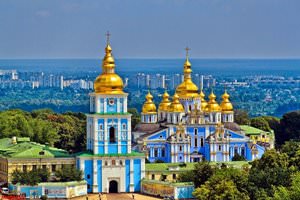 Distance from Kiev center - 2.5 km.
Until now the discussions about a unique technique still have place between artists and fine art experts. Not so far, the researchers approved the theory that the world known frescos are works of artist Alimpia. Not every guest of Kiev knows that the cathedral that they can see if front of them was built only in 1999. The historical church was exploded on orders of the Soviet government in the 1930s. A great number of unique art and religious precious were lost forever. In 1993 after the crash of the USSR, it was decided to build a new cathedral under the historical sketches. … Read further 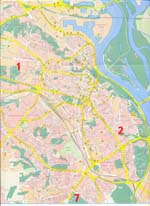 Search touristic sites on the map of Kiev

Sightseeing in regions nearby Kiev

Vinnytsya
Vinnitsa acquired the status of a large-scale modern city only in the 30s of the last century. Now the territory of the city and its immediate vicinity is 4.5% of the total area of ​​Ukraine. It is located in the central part of the Right Bank, on the Dniester River. The history of the picturesque city is more than 600 years old. Today more than 400 thousand people live on ... Open »
Gomel
Gomel is one of the most ancient cities on the Belarusian land; no one knows the exact date of its foundation. It arose in those times when people still did not know written language and hardly had idea of ​​any chronology. The first settlements arose on a hill that was located at the confluence of the rivers Iputi and Sozh. The hill was not only one of the most beautiful ... Open »
Ternopil
The picturesque city Ternopil is located on the Seret River and is one of the largest cities in Western Ukraine. It was founded as a fortress in the 16th century for protecting the Polish lands. The founder of the ancient city was hetman Jan Tarnowski who gave the name to the ancient city. The history of the city is rich with interesting events. At different times, it was under ... Open »
Mahilyow
Mogilev is one of the ancient cities of the country that was inhabited already in the prehistoric era. At the beginning of the 12th century, the city was a center of the large feudal settlement and served as a fortress. Historians suppose than Mogilev was conquered and destroyed completely by the Mongol Tatars at the beginning of the 13th century. The first written references ... Open »
Dnepropetrovsk
The Potemkin Palace, located in the center of one of the parks deserves attention. The best architects and architects, led by I. Starova, worked on the palace project. Today its main part has been transformed into a palace of culture, exhibitions and expositions of young artists, poetry evenings and theatrical performances take place here. The highest building in ... Open »
Chisinau
Probably, Organ Hall and National Drama Theater located opposite to it are main cultural sights of the city. Between these sights is located Great National Gathering Square – the biggest and most beautiful square in Chisinau. Victory Square is located in the center of the city. This square is built in honor of a famous commander Kutuzov who has defeated Turkish troops. A ... Open »

All about Kiev, Ukraine - sightseeings, attractions, touristic spots, architecture, history, culture and cuisine. Prepare your trip together with OrangeSmile.com - find out the 'must see' things in Kiev, which places to visit, which excursions to take, where the breathtaking views are waiting for you. Planning your trip with this travel guide will help your to get the most out of Kiev in few days.