Sightseeing in Chernivtsi - what to see. Complete travel guide 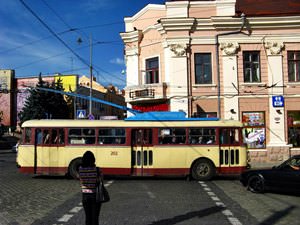 Chernivtsi is a big cultural center of Western Ukraine that is inferior only to Lviv in the number of excursion objects. The formation of the cultural traditions of the city was influenced by different countries. Throughout its history, it has been a part of different countries. The first references to Chernivtsi date back to the beginning of the 15th century. Moldavia, Poland, the Ottoman Empire, Romania and Austria-Hungary alternately struggled for the city.
Every country contributed much to the development of the prospective city. For example, Chernivtsi has its incomparable appearance thanks to Austrian masters. In the period between the 17th-18th centuries, they built a lot of wonderful architectural complexes in Chernivtsi. Some of the buildings have been preserved to this day in their original form. Due to the plenty of unique architectural monuments, Chernivtsi was unofficially called “Small Paris”. It is a really beautiful and enchanting city with its unique and interesting culture.
It has long attracted many travelers. The resort is attractive for tourists from Europe because of its close proximity to Romania. It is popular with fans of excursions and hiking. The guests come here for interesting attractions and favorable weather conditions that are perfect for active holidays. Chernivtsi has another attractive feature, affordable prices. You can rent an excellent room at the middle-level hotel for a moderate price. If you pay a little more, you can stay at the most luxurious hotel with all the amenities. Copyright www.orangesmile.com
The city is perfect for travelers with children. There are many beautiful places for family recreation, affordable restaurants and very interesting entertainment centers. The picturesque resort will also impress adherents of the food tourism. In the city, there are many restaurants of the Austrian, Romanian, Ukrainian, and Russian cuisine. Those who choose a national restaurant should certainly taste gutsulski banosh, a popular meat dish of the best pork, cottage cheese and sour cream. Chernivtsi has everything to surprise its guests. Your vacation in this enchanting and romantic city will never be boring. 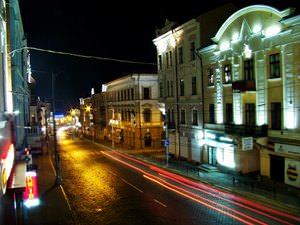 The city is a real trove of historical attractions. In Chernivtsi, there is the preserved Khotyn Fortress. It was built in the 13th century to protect the territory. In the 16th century, the fortress was rebuilt completely and broadened. In 1621, the fortress went through the unique battle against the Turkish troop of over 250 000 people. The fight lasted for over a month but Turkish conquerors did not manage to conquer the fortress. Actually, the impregnable construction protected Europe from the future invasions of the Ottoman Empire. The historical monument has been preserved to this day perfectly. Films are often made on its territory.
The beautiful religious monument is Church of St. Paraskevi. It was built in the 15th century. Originally, the church was built of wood. In the 19th century, it was rebuilt of stone. The temple the city guests can see today was finished in 1860. It resembles classic Serbian temples. Today, one of the main peculiarities of the church is its beautiful black domes. 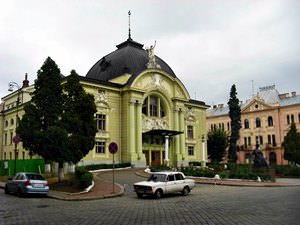 Another interesting historical site is the Organ Hall located in the building of the old Armenian church. This beautiful building was built of red brick in the second half of the 19th century. It is an impressive combination of Byzantium and Gothic styles. After the Revolution in 1917 and the enthronement of the Soviet authority, the church was closed and came to the philharmonic. Now, the historic building serves as a concert hall, as it is distinguished by incredible acoustics. Organ music concerts of famous musicians from different countries are regularly held here.
In the city, there is the wonderful Botanical Garden that will impress all nature admirers. It was set up in 1877 and belongs to the Chernivtsi State University. During the Great Patriotic War, the garden was almost destroyed. Right after the War, it started to be renovated. In 1963, the garden was recognized as an attraction of national significance. Today, you can see here the rich collection of tropical plants. There is also a modern library where selection experiments are conducted. In a warm period, you can see a lot of beautiful landscape attractions and flower beds in the garden.
This guide to iconic landmarks and sights of Chernivtsi is protected by the copyright law. You can re-publish this content with mandatory attribution: direct and active hyperlink to www.orangesmile.com.

City tours, excursions and tickets in Chernivtsi and surroundings

Survived castles around Chernivtsi
♥   Castle 'Kudryntsi Castle' , 45.2 km from the center. On the map

National and city parks around Chernivtsi
♥   State Botanical Garden 'Chernivets’kiy' , 0 km from the center. On the map

Sights around Chernivtsi from our guide 'Extreme places on Earth' 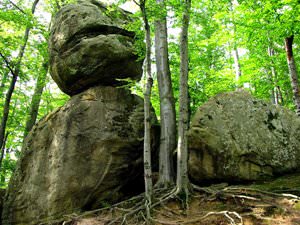 Distance from Chernivtsi center - 30.9 km.
For the convenience of the researchers, about 20 camps were equipped in the underground vaults. The largest and best equipped one is 'Oasis' camp, where about 50 people can recover. It must be mentioned that the Optimistic Cave is not only one of the largest, but also one of the safest caves in the world. The tourists and the participants of the spelaeological children's clubs visit them regularly. … Read further

Search touristic sites on the map of Chernivtsi

Sightseeing in regions nearby Chernivtsi

Ternopil
The picturesque city Ternopil is located on the Seret River and is one of the largest cities in Western Ukraine. It was founded as a fortress in the 16th century for protecting the Polish lands. The founder of the ancient city was hetman Jan Tarnowski who gave the name to the ancient city. The history of the city is rich with interesting events. At different times, it was under ... Open »
Iasi
The Palace of Culture is a beautiful landmark of Iasi. This is an eye-catching neo-gothic building. Currently, the building is recognized as an important landmark protected by the government. The palace was finished in 1925. Initially, this was a court building, but soldiers lived in it during World War II. Only ten years after the end of the war, the palace was transformed ... Open »
Truskavets
The resort city Truskavets is located not far from Lviv. It started to attract travelers in the 19th century. In the territory of the city, there are healing mineral springs. There are upscale wellness centers around them. Every month, over 10 thousand tourists visit the resort. Most of them are guests from distant lands. The enchanting resort is famous not only for its ... Open »
Vinnytsya
Vinnitsa acquired the status of a large-scale modern city only in the 30s of the last century. Now the territory of the city and its immediate vicinity is 4.5% of the total area of ​​Ukraine. It is located in the central part of the Right Bank, on the Dniester River. The history of the picturesque city is more than 600 years old. Today more than 400 thousand people live on ... Open »
Lviv
Lvov is a magnificent place. This is one of the richest cities of Ukraine in terms of architecture and culture. Lvov is widely known in Europe. It is even called "pearl" of Eastern Europe due to its uniqueness and beauty. Lvov conquers even most hard-to-please visitors and tourists keep the memories of it long after the visit. Travellers will find numerous architectural ... Open »
Cluj-Napoca
Start your acquaintance with Cluj-Napoca with a visit to the St. Michael's Church. This is a beautiful Gothic-style Roman Catholic church. The shrine is the second-largest church in Transylvania. The St. Michael's Church was erected in 1390. Despite such an honorable age, the church is in good condition and never ceases to amaze and excite its numerous guests. The church’s ... Open »

All about Chernivtsi, Ukraine - sightseeings, attractions, touristic spots, architecture, history, culture and cuisine. Prepare your trip together with OrangeSmile.com - find out the 'must see' things in Chernivtsi, which places to visit, which excursions to take, where the breathtaking views are waiting for you. Planning your trip with this travel guide will help your to get the most out of Chernivtsi in few days.