Sightseeing in Ternopil - what to see. Complete travel guide 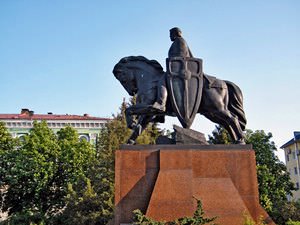 The picturesque city Ternopil is located on the Seret River and is one of the largest cities in Western Ukraine. It was founded as a fortress in the 16th century for protecting the Polish lands. The founder of the ancient city was hetman Jan Tarnowski who gave the name to the ancient city. The history of the city is rich with interesting events. At different times, it was under Russia, Austria and Poland, which had an impact on the formation of its cultural traditions.
One of the most important events in the history of Ternopil took place in 1672. The Turkish conquerors invaded the territory of the city and destroyed most of the buildings and fortifications. Then, Ternopil had long been abandoned. The city started to be restored only in the second half of the 18th century. Invaluable architectural monuments that you can admire today were built in the 18th-19th centuries. In the city, there are constructions created in different architectural styles.
The most spectacular architectural monuments are located in the center of the city that is almost pedestrian now. The walk through the center of Ternopil will become a real journey into the past, as picturesque streets have not almost changed for the last hundred years. One of the most beautiful and liveliest streets is Valovaya. Most of the tourists come here to see old architectural monuments. Copyright www.orangesmile.com
Cultural traditions are very rich and interesting. Several amazing legends are associated only with the name of the city. According to one of them, it was named after its founder but many historians believe that the first settlements in the territory of the modern city appeared before the 16th century. As the legend says, the first settlers found here a big field. They improved the area overgrown with blackthorn and built here the beautiful city. Modern Ternopil is ready to offer its guests all the conditions for amazing recreation. The acquaintance with historical monuments and the natives’ culture, romantic walks along the shore of the pond, relaxation at top-rated restaurants, plenty of shopping and entertainment centers  the guests of Ternopil are not limited in choosing how to spend their leisure time. 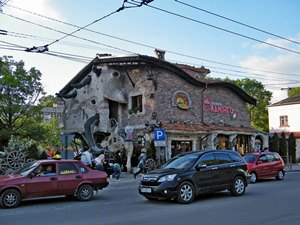 In Ternopol, there are a lot of important religious monuments, including Dominican Church It was built in the middle of the 18th century and is a vivid example of the baroque style. The historical monument was seriously damaged during the war in 1944. After the Great Patriotic War, it started to be reconstructed. The building was restored completely only in 1957. The cathedral impresses with its delicate interior that was restored in accordance with historical traditions.
In the immediate surroundings of the city, there is St. Nicholas Church that was built at the initiative of the local Armenian diaspora in the middle of the 16th century. This church is a striking example of the Renaissance style. It had been constantly rebuilt and complemented with new architectural elements until the 18th century. When the Armenian community left this place in the middle of the 18th century, the church was in disrepair. In 1929, it laid almost in ruins. Then, it started to be restored. The church was rebuilt almost according to its original project. Nowadays, it is a historical monument of national significance. 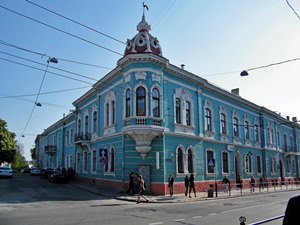 Fans of hiking along historical places should visit the Terebovlyansk Castle that is also located in the surroundings of Ternopol. The castle was built for protecting the territory in the 10th century. For the first 300 years, it was repeatedly rebuilt and reconstructed. In the 14th century, the wooden castle was conquered by the Polish people who built it of stone. The historical construction has been partially preserved to this day. The adjacent area of the castle has a wonderful view of the neighborhood.
The beautiful architectural monument is the Palace of Prince Vyshnevetsky. It was built for the representatives of the eminent princely family in the 18th century. The big palace had been built for over 30 years. As the latest studies have shown, the palace started to be built on the foundation of the destroyed castle of the 14th century. In the period of the Great Patriotic War, the palace was partially destroyed but then was restored within a very short time. Now, it serves as the museum. Its collection includes interesting antique items, pieces of art, and the personal belongings of former owners.
This guide to iconic landmarks and sights of Ternopil is protected by the copyright law. You can re-publish this content with mandatory attribution: direct and active hyperlink to www.orangesmile.com.

City tours, excursions and tickets in Ternopil and surroundings

Survived castles around Ternopil
♥   Castle 'Ternopil Castle' , 0.5 km from the center. On the map

National and city parks around Ternopil
♥   State Botanical Garden 'Kremenets’kiy' , 53.5 km from the center. On the map

Search touristic sites on the map of Ternopil

Sightseeing in regions nearby Ternopil

Lviv
Lvov is a magnificent place. This is one of the richest cities of Ukraine in terms of architecture and culture. Lvov is widely known in Europe. It is even called "pearl" of Eastern Europe due to its uniqueness and beauty. Lvov conquers even most hard-to-please visitors and tourists keep the memories of it long after the visit. Travellers will find numerous architectural ... Open »
Chernivtsi
It has long attracted many travelers. The resort is attractive for tourists from Europe because of its close proximity to Romania. It is popular with fans of excursions and hiking. The guests come here for interesting attractions and favorable weather conditions that are perfect for active holidays. Chernivtsi has another attractive feature, affordable prices. You can rent an ... Open »
Truskavets
The wellness centers of Truskavets are ready to offer its clients a wide range of wellness programs. However, don’t think that your vacation at this picturesque resort will limit itself to treatment procedures. Tourists have a worthy choice of places to walk. The acquaintance with the unique nature will bring you unforgettable emotions. From year to year, the infrastructure ... Open »
Vinnytsya
In 1362, the Lithuanian army of Prince Olgerd defeated the army of the Tatars, and on these lands, the rapid economic and social development began again. In 1569 the city became part of Poland, whose influence also affected its architectural appearance and lifestyle. It should be noted that Vinnitsa is often mentioned in historical reports as applicable to the events of the ... Open »
Lublin
Lublin is one of the biggest cities in the east-central part of Poland. The city was founded by settlers on the Czwartek hill in the VI century. Already in the X century Lublin was a fort-town. Multiple protective facilities have been made to save this place from dangers from the east. Only during World War I Lublin becomes the part of Germany and Austria-Hungary. The so ... Open »
Iasi
Iasi (also known as Jassy or Iassy) is one of the oldest cities in Romania. This settlement is situated in the Moldavian Plateau and its seven hills. The area is famous for its fertile soil along the Jijia River. When describing this region back in the past, people often used the name “Small Rome”. Modern Iasi is a symbol of a responsible settlement that successfully ... Open »

All about Ternopil, Ukraine - sightseeings, attractions, touristic spots, architecture, history, culture and cuisine. Prepare your trip together with OrangeSmile.com - find out the 'must see' things in Ternopil, which places to visit, which excursions to take, where the breathtaking views are waiting for you. Planning your trip with this travel guide will help your to get the most out of Ternopil in few days.