Sightseeing in Vinnytsya - what to see. Complete travel guide 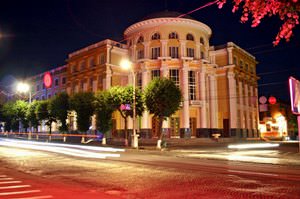 Vinnitsa acquired the status of a large-scale modern city only in the 30s of the last century. Now the territory of the city and its immediate vicinity is 4.5% of the total area of ​​Ukraine. It is located in the central part of the Right Bank, on the Dniester River. The history of the picturesque city is more than 600 years old. Today more than 400 thousand people live on its territory. Vinnitsa region has long been a major agricultural region of the country, and this status is preserved for it even now.
Excursion over cultural sights of Vinnytsya - 'must visit' points of interest
First and foremost, in Vinnitsa you need to look at the Arch in the Central Park of Culture and Leisure named after Gorky, as well as a fire tower located in the park named after Kozitsky. …

Open
The history of the appearance of the name of the city is quite interesting. According to one version, it was named after the Vinnichka River. Many locals have a different version; they believe that their hometown was named Vinnitsa because a few hundred years ago a lot of distilleries were built here. During the excavations on the territory of the city, traces of settlements of Old Russian and Scythian tribes were found, and in the 9th century tribes of Tivertz and ulitsa lived here. Their lands were part of Kievan Rus, and after its devastation they moved to the Galicia-Volyn principality.
In 1362, the Lithuanian army of Prince Olgerd defeated the army of the Tatars, and on these lands, the rapid economic and social development began again. In 1569 the city became part of Poland, whose influence also affected its architectural appearance and lifestyle. It should be noted that Vinnitsa is often mentioned in historical reports as applicable to the events of the National Liberation War, which took place from 1648 to 1654. From 1667, according to the provisions of the Andrusov Truce, the entire territory of Right-Bank Ukraine, including Vinnitsa, was transferred to the power of the Polish crown. Copyright www.orangesmile.com
Your active city break in Vinnytsya. Attractions, recreation and entertainment - best places to spend your day and night here
Guests of the city can successfully combine walks in historical places with other interesting entertainments. In Vinnitsa there is an excellent paintball club "Sparta", where all conditions …

Open
At the end of the XVIII century Vinnitsa experienced one of the most difficult historical periods. More than 1500 of its inhabitants died of plague. Soon the territory of the city passed under the rule of the Russian Empire, and in 1810 about 10 thousand inhabitants already lived in Vinnitsa. In the shortest time, several educational institutions, a hospital, a theater and shops were built in the city. The Great Patriotic War also left a mark in the history of the city. During the war years the number of its inhabitants was reduced by almost 70 thousand, and about 1900 houses were destroyed. In the post-war time, visitors and indigenous people promptly restored the city, restored historical monuments and erected large factories. A beautiful city with a rich history, of course, deserves the attention of curious tourists. 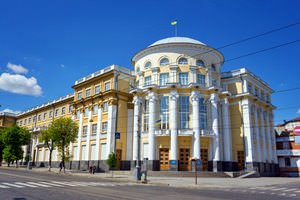 The interesting historical symbol is the old water tower that is located in Kozitskogo Square. The old tower was built of red brick. There is a watch on its facade. In the period of the Second World War, the tower managed to survive even despite the fact that it served as an observation point that time. After the war, there were living quarters in the tower. Families of workers of the local water service company lived here. Since 1984, the tower has belonged to the Local History Museum that houses the collection dedicated to the Afghan war. Near it, there is the Local History Museum itself. You can see these two museums during the single sightseeing tour.
Advices to travellers: what you should know while being in Vinnytsya
1. Travelers planning a rich excursion program should definitely go to the Southern Bug and visit the Pirogov Manor-Estate, which is considered one of the most interesting sights of Ukraine. …

Open
The unique architectural monument is the Manor House of Potocki. At one time, it belonged to a wealthy and influential family. This house is second to none in its beauty and size. It houses unique collections of pieces of art and antique furniture. This luxurious architectural complex has been partially preserved to this day. Now, you can see several restored outbuildings and a mausoleum where the members of the Potockis are buried. All the buildings were destroyed in the 20s of the last century and a new hospital was built here. 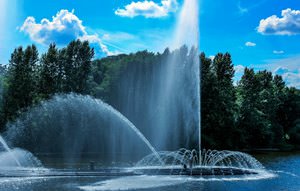 In the surroundings of Vinnytsia, there is an important monument dedicated to the Second World War, the Werewolf Bunker. In 1941, the new military complex of Adolf Hitler started to be built and finished in just a year. In total, this complex consists of over 80 ground facilities and 6 underground ones. When Hitler’s army retreated, all the ground facilities were destroyed. Underground rooms are being investigated now. A lot of incredible stories and legends are connected with the ruins of the military bunker.
Cuisine of Vinnytsya for gourmet with top restaurants and cafe
Many travelers who come to Vinnitsa are eager to try the dishes of real Ukrainian cuisine; there are more than enough attractive national restaurants in the city. First and foremost, …

Open
All sweet-teeth should certainly visit the Chocolate Museum that was called after the local Roshen chocolate factory. The museum is located right on the territory of the fabric. It was opened in 2010. Its collection will primarily attract children. During the excursion, they will learn about how different sweets are produced. The significant part of the museum collection is automated, which makes it a unique culture center.

This guide to iconic landmarks and sights of Vinnytsya is protected by the copyright law. You can re-publish this content with mandatory attribution: direct and active hyperlink to www.orangesmile.com.
Vinnytsya - guide chapters 1 2 3 4 5 6

Search touristic sites on the map of Vinnytsya

Sightseeing in regions nearby Vinnytsya

Kiev
Theatre connoisseurs should make a walk on Gorodetsky Street and look at Ivan Franko Theater. President Palace is located nearby. There you can also see one more interesting building – the House with Chimeras. One more interesting place, Golden Gates, is located not far away from the main street. Once these ancient gates have been the main entrance of the city. When guests ... Open »
Ternopil
The most spectacular architectural monuments are located in the center of the city that is almost pedestrian now. The walk through the center of Ternopil will become a real journey into the past, as picturesque streets have not almost changed for the last hundred years. One of the most beautiful and liveliest streets is Valovaya. Most of the tourists come here to see old ... Open »
Chernivtsi
It has long attracted many travelers. The resort is attractive for tourists from Europe because of its close proximity to Romania. It is popular with fans of excursions and hiking. The guests come here for interesting attractions and favorable weather conditions that are perfect for active holidays. Chernivtsi has another attractive feature, affordable prices. You can rent an ... Open »
Iasi
Archaeological excavations in the neighborhoods of Iasi proved that the Thracian and Sarmatian tribes lived in this region. During the Roman Empire period, the Romans traded with the Dacians. The building of a royal palace started in this settlement in the 14th century. Until that period, there was an Armenian church in Iasi. It was the first shrine in the area. The first ... Open »
Chisinau
Probably, Organ Hall and National Drama Theater located opposite to it are main cultural sights of the city. Between these sights is located Great National Gathering Square – the biggest and most beautiful square in Chisinau. Victory Square is located in the center of the city. This square is built in honor of a famous commander Kutuzov who has defeated Turkish troops. A ... Open »
Tiraspol
The railway made the developing craft center an important economic object. The items manufactured here were exported to the largest trading platforms of the county. The local craftsmen’s items were very popular at different fairs. Several big fairs took place exactly in Tiraspol. The active development of the city was ceased by the First World War. It was also seriously ... Open »

All about Vinnytsya, Ukraine - sightseeings, attractions, touristic spots, architecture, history, culture and cuisine. Prepare your trip together with OrangeSmile.com - find out the 'must see' things in Vinnytsya, which places to visit, which excursions to take, where the breathtaking views are waiting for you. Planning your trip with this travel guide will help your to get the most out of Vinnytsya in few days.