Sightseeing in Donetsk - what to see. Complete travel guide 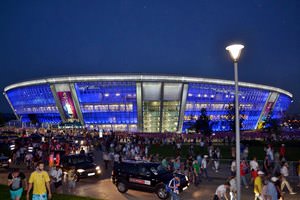 The city was founded in the 17th century when its territory was used as a Cossack settlement. The first metallurgic plant was opened here in the middle of the 19th century. It granted Donetsk the status of the industrial city. The main sight of the city is devoted to its industrial prosperity. We are talking about Mertsalov Palm that was created in 1896 from a piece of rail. The original monument is acknowledged as a unique masterpiece; it has got many awards and today the monument adorns the entrance of the Mining Institute in Saint Petersburg. One of the Donetsk squares keeps the copy of the monument that was made according to the project of smith Sergei Kapruk in 1998.
Excursion over cultural sights of Donetsk - 'must visit' points of interest
Start your acquaintance with the landmarks of the city with a stroll in the Forged Figures Park that is located not far from the city council building. It is a beautiful and large park with …

Open
One more amazing monument is devoted to a famous opera singer A.B. Solovyanenko. The monument is installed on the square in front of the National Academic Theater that also has the name of the great singer. Another wonderful monument has been installed to praise the founder of the city and is called “the monument of John James Hughes”. In 1872 Hughes founded a small settlement called Yuzivka on the territory of the modern city. Tourists, who like old buildings, should visit the house of Hughes that still keeps many interesting and old items. In the house you will see wonderful paintings and furniture, drafts and important documents. John Lames Hughes has been the founder of one of the city’s factories and a famous entrepreneur, so the house still has several folders with documents and projects. Today these papers are considered important museum’s exhibits.
You should definitely visit Donetsk Regional Art Museum as this is one of the largest museums in Ukraine. The museum exhibits a collection of paintings; here often take place exhibitions devoted to modern art. Local History Museum is also worth your attention. Its collection exceeds 120 thousands of priceless items. Copyright www.orangesmile.com
Your active city break in Donetsk. Attractions, recreation and entertainment - best places to spend your day and night here
Besides strolls to interesting historical landmarks and observation of priceless collections in local museums, guests of Donetsk have an opportunity to visit numerous entertainment venues. …

Open
The most interesting sight of Donetsk is the Pharmacy Museum Lache. At the end of the 19th century, a doctor from Belgium, Lache, moved to the city. He opened a pharmacy on the first floor of his house, which at that time, was one of the largest in the city. In this pharmacy, various medications were prepared and sold, and you could even buy cosmetic products in it. Despite the fact that over the years the historical building has changed its appearance several times, the internal setting of the pharmacy has remained virtually unchanged. Today, the museum houses an interesting collection of things one way or another, related to the pharmacy business. 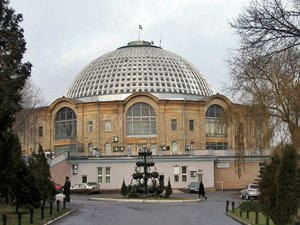 There are many picturesque parks in the city, and even more symbolic monuments. A special place is the Park of Forged Figures. On its territory, there are real works of blacksmith's art. Absolutely all the sculptures presented on the territory of the park were forged by local blacksmiths. Here you can see figures of very different subjects. Among them there are miniature copies of world famous landmarks, and the symbolical signs of the Zodiac, as well as thematic figures, including those dedicated to football.
Extraordinary weekend in Donetsk - unusual places, services and attractions for travel gourmet
…

Open
Donetsk has a beautiful botanical garden, which was founded in 1964. This garden is huge; its area is more than 260 hectares, and more than 5.5 thousand plants can be seen in it. During the walk, visitors to the garden can admire the beautiful ponds located on its territory. Also, several beautiful old buildings still remain in the garden. Many unique plants are kept in the greenhouse; you can admire them even in winter. 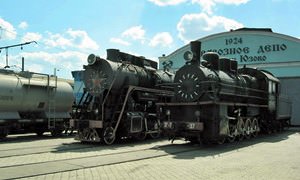 In Donetsk, many fine historical monuments of various periods, among which the spectacular House of Balfour, have been preserved. This magnificent house was built in 1889 for one of the wealthy local industrialists. At the end of the 19th century, the territory around the house was decorated with a luxurious garden. To this day, the beautiful garden has not been preserved, while the historic building and the surrounding buildings stay almost unchanged.
Shopping in Donetsk - main shopping streets, outlets and boutiques
In the very heart of Donetsk is located Green Plaza shopping and entertainment center. It is one of the most beautiful and visited in the city. In it, there're shops of popular European …

Open
A bright architectural monument of the beginning of the 20th century is Gorelik's House. It also bears the name of its first owner - a wealthy merchant. During the revolutionary period, this historical building housed a printing house, and aftert, a radio center. A lot of interesting stories are connected with the historical building. According to one of them, Mayakovsky lived here for some time in his life and read poems from the balcony.

This guide to iconic landmarks and sights of Donetsk is protected by the copyright law. You can re-publish this content with mandatory attribution: direct and active hyperlink to www.orangesmile.com.
Donetsk - guide chapters 1 2 3 4 5 6 7 8

City tours, excursions and tickets in Donetsk and surroundings

National and city parks around Donetsk
♥   State Botanical Garden 'Donets’kiy' , 1.8 km from the center. On the map

Search touristic sites on the map of Donetsk

Sightseeing in regions nearby Donetsk

Taganrog
The city flourished when Catherine II and Alexander I ruled. They had a direct impact on the city development. The big port city had long competed with Odessa. At the end of the 19th century, the first industrial facilities were built in its territory. The industrial base of Taganrog was rapidly developing. Several decades after, it became one of the largest industrial centers ... Open »
Rostov na Donu
At the end of the 18th century, there was not only a military fortress, but also a seaport. Ten years after, the first international trade company that obtained a huge profit appeared here. This was because the Port Temernitsky was the only port in the south of Russia and it was possible to trade with the countries of the Black, Mediterranean and Aegean Seas only via this ... Open »
Zaporozhye
After the defeat of the Scythian kingdom, these lands were captured by the Huns, Avars and Khazars. Very soon the Russian prince Svyatoslav defeated the Khazars, and after him the Pechenegs came to the lands of modern Zaporizhia. About this intense period of history, also recall an important landmark, on Voznesenovskiy descent there is a monument of the glorious prince ... Open »
Dnepropetrovsk
Dnipropetrovsk is one of the most beautiful cities in Ukraine. The locals call it simply Dnieper, since the city is located in the central part of the country, just on the bank of the river with the same name. It is an industrial city with a rich history. The earliest fortification settlements were founded on this territory in the 16th century, which was due to the insecurity ... Open »
Kharkov
The city was founded in the beginning of the 17th century. At that time here was built a powerful fortress aimed at protecting Russian land from the raids of the Tatars. Starting from the late 18th century Kharkov has been known as a major shopping district, a university center and a city with great cultural and historical heritage. Nowadays you can learn more about the history ... Open »
Belgorod
In the XVIII century Belgorod became the administrative center of the Belgorod province, which included the Eagle and Kharkov. In the XIX century, the city lost its status and became a major industrial center, chalk and wax was being reclaimed on its territory. It is worth mentioning that at this time Belgorod was one of the largest centers of trade in vodka and lard. Now ... Open »

All about Donetsk, Ukraine - sightseeings, attractions, touristic spots, architecture, history, culture and cuisine. Prepare your trip together with OrangeSmile.com - find out the 'must see' things in Donetsk, which places to visit, which excursions to take, where the breathtaking views are waiting for you. Planning your trip with this travel guide will help your to get the most out of Donetsk in few days.