Sightseeing in Alushta - what to see. Complete travel guide 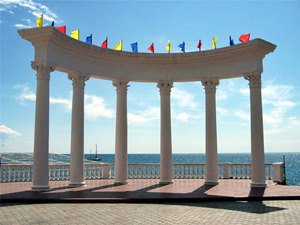 One of the most ancient and charming cities of the Southern Coast of Crimea, Alushta strikes with its extraordinary beauty, compact size and amazing nature. Once, there was a very ordinary small village. It was at the intersection of several important trade routes, and therefore developed very rapidly. Until now, scientists and archaeologists exploring this settlement of ancient Taurus cannot come to an unequivocal opinion regarding the emergence of roads from multi-ton stone slabs, which were not afraid of dirt, slush, or other weather phenomena.
Your active city break in Alushta. Attractions, recreation and entertainment - best places to spend your day and night here
In Alushta you can rest in different ways. Here you can sunbathe and have fun all day on one of the beaches, and in the evening, walk through the wonderful streets of the city, the …

Open
In the 6th century AD, the area where Alushta is now located, like the entire Southern Coast of Crimea, was under the rule of the mighty Byzantine Empire - the great heiress of Ancient Rome. It was at that time that the stone fortress Aluston was built near the sea shore, which was supposed to protect the land from sea robbers. In modern Alushta you can see the ruins of the ancient tower of Ashagi-kul, an important historical site.
For a long time, Alushta was under the rule of the Byzantines, after - the Genoese, and also the Crimean Tatars, but the most intense and interesting part of its history begins after the annexation of Crimea to the Russian Empire. At that time, the population of Alushta was about 250 people who were engaged in manual labor - cattle breeding, farming and fishing. The construction of a road from Simferopol to Alushta had very strong impact on the development of the city. Already at the end of the XIX century Alushta became a popular resort village. Copyright www.orangesmile.com
Advices to travellers: what you should know while being in Alushta
1. An alternative to local inns and hotels can be houses and apartments, which the locals willingly rent out to visitors. If you prefer a private apartment, do not agree to the first offer, …

Open
In the time of Tsarist Russia, many noblemen built mansions here. Wealthy people, representatives of nobility and bohemians preferred to come to rest in Alushta. The public resort of Alushta already was in the Soviet era; it was during this period that most sanatoriums, boarding houses and health resorts were built here. Here ordinary people could rest, and a unique trolleybus route was built from Simferopol to Alushta. Now, it is an attractive modern resort with developed infrastructure, lots of parks, entertainment, attractive sea and air. People who come here to rest come from all parts of the former Soviet Union. Alushta provides an opportunity to organize a vacation at any affordable price. 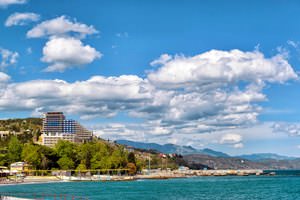 One of the most visited places in Alushta is the local Aquarium opened in 2003. Initially, it was quite small but, within just a few years, the collection of sea dwellers was so enlarged that it has become the largest on the coast of Crimea. Today, there are 4 spacious halls where you can see aquariums with exotic fish and other dwellers of the sea depths. Some of the representatives of the marine fauna are very rare.
Cuisine of Alushta for gourmet with top restaurants and cafe
Alushta is a popular resort town with a lot of bars and restaurants. There are cookery institutions of different directions and price level, so everyone can choose a suitable place for rest. …

Open
At the resort, there is the interesting Park of Miniatures. It offers its visitors to look at the small copies of the famous attractions of the region. Crimea in Miniature includes copies of such famous attractions, as the Vorontsov Palace, the Swallow’s Nest fortress, Funa, etc. This unusual outdoor museum was built on the territory of the beautiful park. All its extraordinary constructions are hidden by exotic plants. 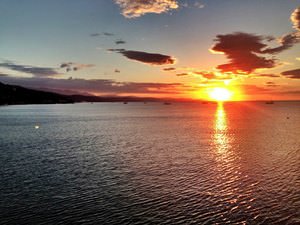 The important religious attraction at the resort is the Church of All Crimean Saints built in the middle of the 19th century. The architecture of this temple is very different from other churches built in the same period. To construct it, a famous architect from Odessa was invited. He decided to implement his project in the style of English rural churches. If taking into account that the Gothic style came back into “architecture fashion” again, the exterior of the church gained quite unusual features.
Authentic traditions, festivals and lifestyle of Alushta inhabitants
Alushta is one of the most modern cities of the Crimean peninsula, which managed to preserve the unique charm of the past. The city has a lot of interesting features, which must be noted by …

Open
In the vicinity of the resort, there is the amazing Crimean Natural Reserve. It is famous for its natural beauties and attractions. On its territory, there are several dozens of hiking routes stretching along the fabulous mountainous areas. In the reserve, there are a lot of rare trees, some of which are aged over a hundred years. 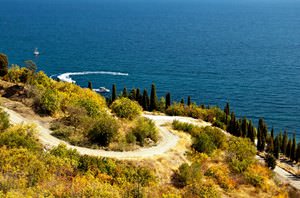 There are also many interesting historical attractions, including the Monastery of Kosma and Damian. It was founded in 1856. In the period of the Great Patriotic War, the monastery was destroyed almost completely. It started being restored only in 1994. Nowadays, you can take excursions around the entire territory of the monastery and learn about its fascinating history.

This guide to iconic landmarks and sights of Alushta is protected by the copyright law. You can re-publish this content with mandatory attribution: direct and active hyperlink to www.orangesmile.com.
Alushta - guide chapters 1 2 3 4 5 6

Sights around Alushta from our guide 'Extreme places on Earth'

Distance from Alushta center - 67.6 km.
The museum is quite large, its visitors have a chance to look into the preserved old dry dock - a place where the submarines were repaired a few decades ago. The arsenal of the military base has also been preserved and today represents the largest exposition of the museum. At present the military-historical complex is being renovated. It is planned to expand the size of the museum soon and to complement the collection with new unique exhibits. The military base is open to visitors all year round. … Read further

Distance from Alushta center - 64.4 km.
In the 17th-18th centuries, the cave monastery began to attract the attention of royal personages. It was visited by Catherine II, Princess Maria Alexandrovna and Tsar Alexander III, as well as other members of the royal family. Today, the cave monastery is a tourist attraction of national significance. After renovation, it looks incredibly impressive. For decades, archaeologists continue to work close to the monastery. Tourists will be able to see other early Christian artifacts in this wonderful historic district. As scientists believe, more than 1 500 years ago, one of the world's largest Christian communities could be situated there. … Read further

Search touristic sites on the map of Alushta

Sightseeing in regions nearby Alushta

Hurzuf
The very first aristocrat seriously interested in these lands was Governor General Richelieu, who bought a piece of land and built a house with office buildings on it. After 10 years, it was bought by Governor General Vorontsov, but Gurzuf became a real benefactor of a large industrialist, Gubonin. It was he who revived the city, built several hotels, restaurants, electricity ... Open »
Yalta
When admiring the panorama of the resort from a birds-eye view, you can see that there are lush green plantings literally a step away from the coast. To enjoy the soft sea and unique nature, it is not necessary to leave the resort, as everything here is within walking distance. In Yalta, there is a wide choice of boarding houses and sanatoriums, so the guests of the resort ... Open »
Livadiya
In 1834, Livadia was bought by a Polish tycoon, count Lev Pototsky. At the end of the 30s, he put up the vineyard here. In 1860, his square was almost 19 hectares. Wine has started being produced since that time. Also, the big wine cellar for storing wines was built. Over two thousand buckets and four thousand buckets of wine were produced in 1848 and 1853 respectively. At that ... Open »
Koreiz
One of the first landlords’ residences on the territory of the village is a mansion built in the 20s of the 19th century by Duchess A. A. Golitsyna. After some time, duke Yusupov bought this mansion. In 1904, the palace in the modern style was built under the project of Yalta architect N. P. Krasnov. When the Yalta Conference was held in 1945, exactly the Yusupov Palace ... Open »
Alupka
In the XIV-XV centuries, a one of the strongholds of the Genoese was located here, it was called Lupiko. After the annexation of Crimea to the Russian Empire in 1783, Alupka was given in possession to Prince Potemkin. Later, in 1823, it was taken over by Count Vorontsov, who built the legendary palace here. Nowadays, Vorontsov Palace is the main attraction of the city. In ... Open »
Simeiz
Simeiz offers not only wonderful nature and upscale wellness centers, but also rich cultural heritage, the acquaintance with which will certainly diverse your recreation. Most of the excursion objects are unique nature attractions but fans of walking along historical places will not be bored too. Several interesting attractions are located in the territory of the resort town. ... Open »

All about Alushta, Ukraine - sightseeings, attractions, touristic spots, architecture, history, culture and cuisine. Prepare your trip together with OrangeSmile.com - find out the 'must see' things in Alushta, which places to visit, which excursions to take, where the breathtaking views are waiting for you. Planning your trip with this travel guide will help your to get the most out of Alushta in few days.