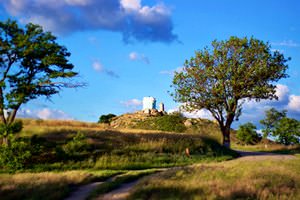 Kerch is one of the most ancient cities of Ukraine, and therefore there are many interesting sites that are worth seeing. The city will be interesting especially for those who are fond of history. Considering how many nations lived on these lands, it is not at all surprising that they left behind a rich heritage. Here are the ruins of the ancient Panticapaeum, whose age is more than 2 thousand years.
Your active city break in Kerch. Attractions, recreation and entertainment - best places to spend your day and night here
Kerch provides its guests with all conditions for an interesting and varied stay. In a warm time, the resort town is visited by a huge number of beach lovers. The most lively and popular …

Open
One of the attractions of Kerch - Kerch fortress, formerly known as Totleben. It was built relatively recently, in the second half of the XIX century; this is a real example of military and engineering art of the time. The fortress was built in the very place where the famous Pavlovsk battery was located before, and even before that the fortresses built by the Turks, Genoese and the ancient Greeks rose proudly. A lot of legends are devoted to this place. It is recommended to inspect the fortress only in the company of a guide, because there are rumors that there are still many military traps in the fortress since the very days when it defended the city and had the most important strategic importance.
Quite famous historical facilities are the Kerch quarries where limestone was actively mined in its time. The sizes of the quarries are amazing the total length of the tunnels is about 40 kilometers. The quarries are divided into three levels, which were laid at different times. Copyright www.orangesmile.com
Guide to Kerch sightseeing - things to see and to visit
Kerch is considered the most ancient city of Ukraine. It is in the east of the Crimean peninsula, right on the slopes of the ancient Greek Bosporus Cimmeria, which now bears the modern name …

Open
The most curious tourists need to visit the Valley of mud volcanoes, which is only 10 kilometers from the city. The valley looks very picturesque and is located almost next to the Sea of Azov and there are really a lot of small volcanoes here, among them are hydrogen sulphide and even methane. The spectacle is exciting, besides, the size of the valley is not small- several square kilometers. 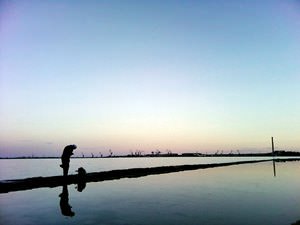 Kerch museums are also quite interesting; their collections include many unique exhibits. Very interesting is the exposition from the Imperal Mound, excavations of the ancient Greet cities of Ilurat, Tiriaka and Nymphaeus, some excavations from Mount Mithridates and the crypt of the goddess Demeter with truly unique frescoes. In the Historical and Archeological Museum, there is a huge amount of cultural values. There is a collection of ceramics, as well as a lot of objects of Scythian culture and marble statues of past centuries.

This guide to cultural sights Kerch is protected by the copyright law. You can re-publish this content with mandatory attribution: direct and active hyperlink to www.orangesmile.com.
Kerch - guide chapters 1 2 3 4

The Jesuit Church in Lviv was built in the 17th century by Catholic monks. Its construction took two decades. Inside the church is decorated with frescoes and sculptures. According to legend, here, in the dungeon, wanders the restless ghost of a monk, who was imprisoned to pray for his transgressions, but instead sold his soul to the Devil. There is the magnificent Holy Annunciation Cathedral in Kharkiv, with beautiful frescoes and icons. It was opened at the very beginning of the last century and still impresses the guests of the city. … Open

Photogallery of cultural heritage of Kerch

Excursions over cultural sights of neighbours of Kerch

Anapa
Couples in love will be interested to walk along the "Alley of Love". This is an ideal place for romantic meetings, located away from the noisy discos and lively areas. Here couples in love come to enjoy the noise of the sea and admire the stars. For those who love nature will be especially interesting "Lermontov arbor". It is located on the slope of the mountain, near the ... Open »
Koktebel
The most important natural attraction is the volcano Karadag which according to historical data, was more than 150 million years old. Currently, the volcano is in the territory of a vast nature reserve. When speaking about it, usually remember another masterpiece of nature-the Golden Gate. It is called so because it is located near the foot of the volcano formation which in ... Open »
Gelendzhik
The most mysterious landmark of Gelendzhik is the Old Lighthouse, which was built in 1897. The lighthouse also successfully fulfills its mission today and is the oldest lighthouse on the Black Sea coast. It is interesting from an architectural point of view. The old tower is decorated with very skillful stained-glass windows. Among the religious sights the most interesting is ... Open »
Alushta
In the very center of Alushta is located the "Church of All Saints" - the most remarkable architectural monument, built in the Gothic style. Its construction was conducted under the leadership of Count Vorontsov. Restoration of the temple was held in 1991, and now over its central entrance, towers a three-tiered bell tower, which looks very elegant in the background of "Mount ... Open »
Simferopol
One of the most beautiful buildings of the city is the Kebir-Jami Mosque. It was founded in 1508 and is the oldest object in the city. The mosque is open to all comers; tourists would definitely appreciate fine interior design of the shrine. There are interesting natural attractions in Simferopol, one of which is located near the downtown. The chestnut tree with five trunks ... Open »
Hurzuf
Fans of painting will be more interested in "K.A. Korovin's dacha", a famous artist of the early 20th century. His dacha, built in 1910, the artist called "Salammbo", and this name it still wears even now. During the Soviet era, the dacha was converted into a recreation center, and right after the war, in 1947, an art center was opened here. At present, "Salammbo" is a ... Open »

Culture guide to Kerch. Which fascinating sights to visit once you are in Kerch: temples, churches, museums, theaters and castles. Recommendations (with addresses, phone numbers and links) on the places 'must visit' in Kerch. Plan your own city excursion by using this page info!