Sightseeing in Kherson - what to see. Complete travel guide 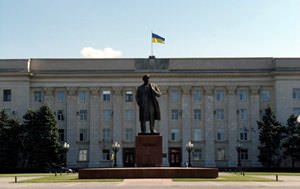 Kherson is famous as a big industrial center and a river port. For many travelers, the city is a starting point to explore the outstanding attractions of Central Ukraine. Kherson is interesting as a separate tourist center too. In the territory of the city, there are many important historical objects. Pleasant recreation in Kherson is guaranteed not only to those who prefer walking along historical places, but also to those who can’t imagine their vacation without visiting gastronomic places. Tourists are attracted by many restaurants. There are modest budget places, as well as prestigious venues for wealthy visitors.
One of the main distinctive features of modern Kherson is an opportunity to organize a vacation of any level. It will delight those travelers who have got used to luxury and high-level service, as well as those who don’t spend too much money during their vacation. The entertainment industry in Kherson deserves the highest praise. The city is famous for its upscale sports centers, colorful disco and nightclubs, family entertainment centers and cinemas. You can travel to Kherson in any season. Due to its close proximity to the Black Sea Coast, more tourists visit it in summer. In the warm season, the main travelers’ entertainment is beach recreation and walking along picturesque places. Those who don’t like beaches prefer visiting Kherson in the off-season or in winter. It should be noted that the prices for hotel accommodation are very attractive at this time. So, even a big company can vacation here for a reasonable price.
In Kherson, there is an excellent tourist center that is located in the building of the Fregat Hotel and is open all year round. No matter what the season is, travelers can take many interesting excursion and entertainment programs. Certainly, the city won’t disappoint fans of excursions. Enchanting squares and the mysterious Old Town shrouded in interesting legends, picturesque streets with lots of green plantings and spectacular architectural constructions, the romantic embankment and plenty of symbolic monuments reminding of the most important events in the city history... This is how Kherson appears to its guests. Copyright www.orangesmile.com
In the surroundings of Kherson, there are a lot of nature attractions. One of them is the unique biosphere nature park Askania Nova. It was founded by one of the local dukes at the beginning of the 19th century. Originally, rich natural grounds were used to herd ships. Today, you can see here rare plants and admire birds and rare insects. The nature park is very big. There are a lot of different hiking routes. In 1973, the nature park gained a status of the attraction of state significance. It is interesting to admire its wonderful landscapes at any time of the year. 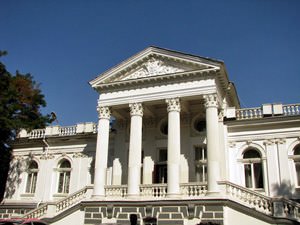 The important historic attraction is Kherson Church. It started to be built in the second half of the 18th century. The defensive construction had been used as intended until 1866. When the fortress lost its strategic status, it came to the city government. In the second half of the 19th century, many constructions in the territory of the fortress were destroyed. New houses were built of stone in the city center. Today, the visitors of the fortress can see the preserved arsenal, several old wells, bastions, and tinderboxes.
The interesting religious monument is the Cathedral of St. Katherine. It became the first stone cathedral built in the city territory. It was being built at the same time as the Kherson Fortress. Now, the cathedral is a vivid example of Russian classicism. After the Revolution, the cathedral was closed and all the values were transferred. Originally, it served as an anti-religious museum and then as a warehouse. The cathedral was reopened in 1991. Despite its complicated history, it has preserved many original interior elements.

One of the most luxurious buildings of Kherson is occupied by the art museum called after A. Shovkunenko. The luxurious building with its fascinating facade was built in 1906 and belonged to the City Duma from the beginning. The museum collection started to be formed in 1890. Initially, its collection was quite modest. Nowadays, the museum houses over 7 000 exhibits, including unique paintings of the 17th century. The historic building is distinguished by a luxurious design and has a great architectural value.
This guide to iconic landmarks and sights of Kherson is protected by the copyright law. You can re-publish this content with mandatory attribution: direct and active hyperlink to www.orangesmile.com.

City tours, excursions and tickets in Kherson and surroundings

National and city parks around Kherson
♥   State Botanical Garden 'Krivoriz’kiy' , 152 km from the center. On the map

Search touristic sites on the map of Kherson

Sightseeing in regions nearby Kherson

Odessa
Odessa Opera and Ballet Theatre is considered one of the greatest cultural monuments. Once here were performing Tchaikovsky, Chaliapin and Sobinov. Attending this theater is a dream of theater connoisseur. The most unusual house of Odessa can be found in the Vorontsov Street. This is a building of a triangular shape, which seems to be absolutely flat from some angles. This is ... Open »
Yevpatoriya
When the Russian-Turkish war ended, and Crimea officially came under the rule of the Russian Empire, the city was renamed Yevpatoria. It was named after the famous Pontus king Mitridat Yevpator, who repeatedly saved the ancient Kerkinitid from the formidable Scythian tribes. In 1907, between Yevpatoria and Simferopol, the first telephone line was connected, and seven years ... Open »
Saky
Most of the tourists are those who want to undergo recovery procedures in one of the modern centers but the town is also popular with fans of beach recreation. Saki is distinguished by a peaceful atmosphere and a relaxed lifestyle. There are almost no noisy entertainment venues and crowded streets. However, the choice of enchanting beaches, beautiful places for walks and ... Open »
Simferopol
This city is also famous for its beautiful parks - Vorontsovsky Park, in which you will see a wonderful sight of landscape architecture the mansion of Pallas and the house of Count Vorontsov, and the urban recreation park with its wonderful atmosphere. Simferopol is famous for numerous cultural institutions located in this city. The city’s suburbs are no less interesting as ... Open »
Tiraspol
The guests from distant cities and countries are attracted by the inimitable atmosphere of the city and its wonderful nature. The Dniester Valley has long been an attractive place for fans of ecotourism. There is just no better place for hiking and recreation. Many attractive natural sites are located in the immediate surroundings of Tiraspol. In the lively city streets, there ... Open »
Zaporozhye
The history of Zaporizhia as a city began with the formation of the Novorossiysk province, which was held by the decree of Catherine the Great. In the place of the modern city, the Empress ordered the founding of the Dnieper defensive line to block the Turkish conquerors from accessing the southern borders of the empire. The largest fortress of the line was called ... Open »

All about Kherson, Ukraine - sightseeings, attractions, touristic spots, architecture, history, culture and cuisine. Prepare your trip together with OrangeSmile.com - find out the 'must see' things in Kherson, which places to visit, which excursions to take, where the breathtaking views are waiting for you. Planning your trip with this travel guide will help your to get the most out of Kherson in few days.