Preparing your trip to Vinnytsya: advices & hints - things to do and to obey 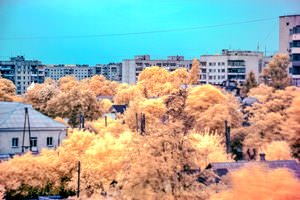 1. Travelers planning a rich excursion program should definitely go to the Southern Bug and visit the Pirogov Manor-Estate, which is considered one of the most interesting sights of Ukraine.
2. Curious tourists will be interested to visit the railway station of Vinnitsa, which recently underwent a large-scale restoration. It is an important historical attraction and has preserved many of the attributes of the past. There is even a machine with carbonated water and a faceted glass - a bright symbol of the Soviet era.
3. In the historical area of ​​Vinnitsa, it is best to walk on foot. Interesting tourist sites here are located in the literal sense, at every step. The historical area is quite compact and quiet, so it's ideal for walking.
4. Locals are very sensitive to their city; its picturesque streets are strikingly clean. Guests from other cities and countries should treat local customs with respect and throw out garbage exclusively in specially designated places; urns are installed in all streets.
5. An unusual city attraction is a tram; its route passes through the most picturesque places of the city. Ride on a tram is suggested for those who have limited time and want to get acquainted with the most important historical symbols of the city. Copyright www.orangesmile.com
6. There are several picturesque parks next to the City Council building. During walks through the parks, you can see a huge number of people with laptops and other gadgets that have access to the Internet. The fact is that in the territory of local parks there is free Wi-Fi.
7. A significant part of the city's cafes and restaurants closes early; it is worth taking into account, lovers of late dinners. One of the last to close is McDonald's, as well as restaurants located on the territory of large hotel complexes.
Guide to Vinnytsya sightseeing - things to see and to visit
Vinnitsa acquired the status of a large-scale modern city only in the 30s of the last century. Now the territory of the city and its immediate vicinity is 4.5% of the total area of …

Open
8. Vinnitsa is a pretty quiet city, and therefore you can walk around the central streets without fear, even in the evening. Exploring remote areas of the city is better in the daytime; on holidays do not forget about the elementary measures of caution.

Preparing your trip to Vinnytsya: advices & hints - things to do and to obey You can re-publish this content with mandatory attribution: direct and active hyperlink to www.orangesmile.com.
Vinnytsya - guide chapters 1 2 3 4 5 6

8. The fig sign is considered a rude gesture; you should not point a finger at a person or an object. If you want to make an indication, you can use all fingers of the open palm. It is acceptable to beckon on somebody with one finger-gesture only if this somebody is an animal. In cafes and restaurants you should not click your fingers when calling for a waiter – this is very rude.
9. Those who refuse to drink in the company of others may be looked at askantly and the refusal written off as snobbery. Some hosts will be gravely offended if guests refuse to drink with them. Usually they drink to the health of those who are present at the gathering, if other toasts are not offered. If you had a chance to attend such a sad event as a commemoration, you cannot refuse a shot of vodka. Everyone must remember the departed; refusal will be considered as an insult to his memory. For those who for some reason completely reject alcohol, it is better to mention it immediately to the new Ukrainian acquaintances as soon as the topic to join in a feast approaches.
10. You should not refuse eating on a visit, and you must certainly eat the entire portion served you. If the guest does not eat any product, he needs to inform his host of it politely immediately upon receiving the invitation.
11. Ukrainians know that some not very educated residents of the USA and some European countries are barely familiar with the fact of the existence of Ukraine. It would therefore be a good idea to get acquainted with the culture of the country before your trip and learn a few phrases in the language. The Ukrainians will be flattered. … Open

Tips for the cities around Vinnytsya

Kiev
4. Public transport is represented in Kiev in all possible forms. The most convenient way is to move around the city by subway, which runs from 6:00 am to 12:00pm. From early morning until late at night taxis and buses, as well as trams and trolley buses convenient for traveling short distances, are cruising through the streets. 5. Tourists, who expect to visit restaurants ... Open »
Chisinau
4. It is recommended to exchange money only at banks; contrary, it’s better not to use exchange services located near the airport and train station, as they have the most unfavorable exchange rate. In shopping malls and major restaurants credit cards of international standard are actively accepted, so it’s not necessary to take large amounts of cash. 5. You can rent a ... Open »
Lviv
4. The time constrained tourists may be recommended to make a city tram tour. Almost every tram route goes through the significant places and landmarks of the city. The tram trip will turn into exciting experience. The tram ticket should be bought directly from the tram driver, then the ticket should be clipped. 5. The main transport means in Lvov is taxi. Tourists first ... Open »
Odessa
4. Only central streets of the city are safe and sound for night tours meanwhile the remote areas of the city should be explored only in the daytime and only with a guide. Setting off to the city exploration one should not keep valuables by oneself without any need. 5. In public places one should be cautious and beware of pickpockets who are the main problem of the city. ... Open »
Gomel
4. On the territory of the city you can comfortably travel by trolley buses, buses and shuttles, they run from early morning until late evening on city streets. Some streets of Gomel are completely given to pedestrians; it should be taken into account for those who prefer to travel by private car. 5. In local souvenir shops customers can order the manufacture of ... Open »
Brasov
4. Guests are encouraged to visit Brasov in May, as during this time of year the city hosts several interesting events - Jazz Festival, Festival of Daffodils and International Exhibition of Photographs. 5. Leaving tips is not common in restaurants and cafes of the city. When paying for the meal to a waiter, you can round off the sum indicated in the bill to the nearest 500 ... Open »

Travelling to Vinnytsya - advices and tips. What should be provisioned in advance, the rules you might want to follow, and the things you better avoid doing in Vinnytsya. We help you to make your trip smooth and easy, with no unexpected surprises.