Sightseeing in Tiraspol - what to see. Complete travel guide 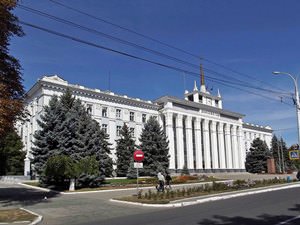 Tiraspol is the second largest city of Moldova. Only Chisinau has more cultural monuments and entertainment venues than Tiraspol. The city was named after the Dniester River that sounds like «Tyras» in Greek. Tiraspol gained its name right after the foundation, at the end of the 18th century, when the so-called “Greek Project” of Catherine II was incredibly popular.
The territory of the city came to the Russian Empire only in 1791, after the Russian-Turkish War. To strengthen the new border, it was decided to form a new city in 1792. Upon the order of A. V. Suvorov, the fortress was built. Tiraspol gained the status of the city in 1795. It flourished only in the second half of the 19th century.
The railway made the developing craft center an important economic object. The items manufactured here were exported to the largest trading platforms of the county. The local craftsmen’s items were very popular at different fairs. Several big fairs took place exactly in Tiraspol. The active development of the city was ceased by the First World War. It was also seriously damaged during the Great Patriotic War. It took the locals over 10 years to restore their native city. Today, it is not only a flourishing economic and industrial center, but also an attractive tourist place. Copyright www.orangesmile.com
The guests from distant cities and countries are attracted by the inimitable atmosphere of the city and its wonderful nature. The Dniester Valley has long been an attractive place for fans of ecotourism. There is just no better place for hiking and recreation. Many attractive natural sites are located in the immediate surroundings of Tiraspol. In the lively city streets, there are very interesting cultural sites and entertainment venues. The city will impress not only those who love sightseeing tours and nature places, but also fans of Soviet films. Many popular Soviet films were shot exactly in Tiraspol. It should be noted that the cult streets and avenues of the city have not almost changed since that time. 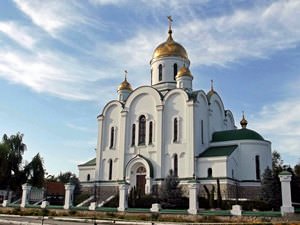 In Tiraspol, you can take an interesting sightseeing tour. In the beautiful historic building with a tiled roof, there is the Tiraspol Unified Museum. In the first half of the city, several small museums were founded in the city. Then, it was decided to unify them. The Unified Museum was opened in 1958. Now, several themed exhibitions are organized here. Some of them are dedicated to important historical events, other cultural traditions, and lifestyle of citizens. In total, the museum collection contains of over 100 000 exhibits.
Kitskan Monastery is located on a small hilltop. It was founded in the second half of the 19th century. The monastery is quite a big architectural complex. On its territory, there are four old temples and several outbuildings. One of the historic buildings serves as a church museum and an old library with rare books. The monastery is distinguished by beautiful adjacent area. There are several excellent viewing platforms. 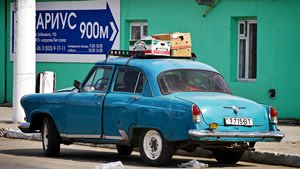 The most important post-war monument is the Council House built in 1953. Now the building with columns belonged to the city council and is closed for visitors, so the city guests can always admire only its exterior. There is an beautiful square in front of the building. In a warm period, it is decorated with lush flower beds.
Among the important religious monuments, the Cathedral of the Transfiguration of the Saviour is worth being mentioned. It started to be built in 1815 and was finished in 5 years. Originally, it was distinguished not only by its magnificent exterior, but also with its luxurious interior design. One of the main decorations of the monastery is the big carved iconostasis. Its inner design has a lot of unique features. Many people intend to visit the monastery on a sunny day to admire the unusual gleam in the bell tower. In this gleam, you can see the trellis of yellow rays. This is a characteristic feature of only one church in the world, and it is located in Italy. 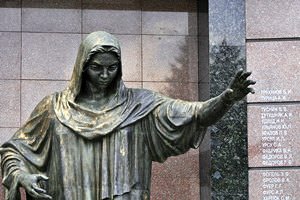 You should definitely visit the Tiraspol Fortress that was built in the late 18th century. It was a starting point in the city foundation. Nowadays, only some fragments of the magnificent fortress have survived to this day. The entire territory of the fortress is open for visitors.
This guide to iconic landmarks and sights of Tiraspol is protected by the copyright law. You can re-publish this content with mandatory attribution: direct and active hyperlink to www.orangesmile.com.

City tours, excursions and tickets in Tiraspol and surroundings

Sightseeing in Moldova: things to see

When it comes to religious places of interest, travellers are recommended to attend excursions to Capriana Monastery built back in the 15th century. The monastery features a large library, and its décor is full of elegant old items. Hinku Monastery and Hirjauca Monastery, which were built several centuries later, are no less beautiful. An excursion to the Soroca Fortress will leave many good memories. The fortress is built on the bank of the Dniester River. The fortress was an important stop during war with the Turks. The building has managed to survive in almost pristine condition. Even a small church in the inner yard has survived till our days. There is one more unusual monument in Soroca, which is called the Candle of Gratitude. The monument looks like a tall tower built on a rock. The monument was opened in 2014 and is dedicated to priceless landmarks of the country. The Candle of Gratitude has a clear message – to keep the heritage of part centuries and care about history of the own country. … Open

Search touristic sites on the map of Tiraspol

Sightseeing in regions nearby Tiraspol

Chisinau
Probably, Organ Hall and National Drama Theater located opposite to it are main cultural sights of the city. Between these sights is located Great National Gathering Square – the biggest and most beautiful square in Chisinau. Victory Square is located in the center of the city. This square is built in honor of a famous commander Kutuzov who has defeated Turkish troops. A ... Open »
Odessa
Odessa Opera and Ballet Theatre is considered one of the greatest cultural monuments. Once here were performing Tchaikovsky, Chaliapin and Sobinov. Attending this theater is a dream of theater connoisseur. The most unusual house of Odessa can be found in the Vorontsov Street. This is a building of a triangular shape, which seems to be absolutely flat from some angles. This is ... Open »
Iasi
Archaeological excavations in the neighborhoods of Iasi proved that the Thracian and Sarmatian tribes lived in this region. During the Roman Empire period, the Romans traded with the Dacians. The building of a royal palace started in this settlement in the 14th century. Until that period, there was an Armenian church in Iasi. It was the first shrine in the area. The first ... Open »
Kherson
One of the main distinctive features of modern Kherson is an opportunity to organize a vacation of any level. It will delight those travelers who have got used to luxury and high-level service, as well as those who don’t spend too much money during their vacation. The entertainment industry in Kherson deserves the highest praise. The city is famous for its upscale sports ... Open »
Vinnytsya
At the end of the XVIII century Vinnitsa experienced one of the most difficult historical periods. More than 1500 of its inhabitants died of plague. Soon the territory of the city passed under the rule of the Russian Empire, and in 1810 about 10 thousand inhabitants already lived in Vinnitsa. In the shortest time, several educational institutions, a hospital, a theater and ... Open »
Constanta
Besides magnificent beaches, mild climate and healing mud Constanta is rich is historical sights and offers its guests wide choice of entertainments. The main architectural sight of the city is the casino, which building was finished in the end of the 20th century. This is a magnificent building that amazes people by its grand and elegant look. You can diversify your cultural ... Open »

All about Tiraspol, Moldova - sightseeings, attractions, touristic spots, architecture, history, culture and cuisine. Prepare your trip together with OrangeSmile.com - find out the 'must see' things in Tiraspol, which places to visit, which excursions to take, where the breathtaking views are waiting for you. Planning your trip with this travel guide will help your to get the most out of Tiraspol in few days.