Sightseeing in Chisinau - what to see. Complete travel guide 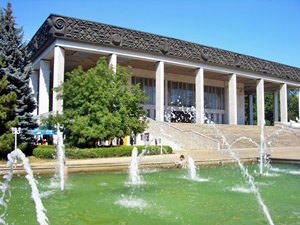 First mentions of this city appeared in 1466. For a long time Chisinau has been a boyar patrimony. Today this is a large historical and cultural center. For convenience the city is divided into Low and High. You can see ancient buildings built in medieval times in Low Chisinau, while High Chisinau is considered the business center of the city. Each year new modern buildings appear here.
Cuisine of Chisinau for gourmet with top restaurants and cafe
Chisinau has a rich variety of dining destinations in the city; there are places from a luxurious gourmet restaurant to a modest family cafe. Within the historic district of the city there …

Open
Probably, Organ Hall and National Drama Theater located opposite to it are main cultural sights of the city. Between these sights is located Great National Gathering Square – the biggest and most beautiful square in Chisinau. Victory Square is located in the center of the city. This square is built in honor of a famous commander Kutuzov who has defeated Turkish troops. A park is located near the square. If you make a walk on it, you will reach one of the most important religious sights of the city – the Cathedral. This church was built in 1830. Today its halls feature an exhibition of the local Art Museum.
Church of the Nativity of the Virgin is a great example of old-style architecture. One of the halls of this church has been turned into an exhibition center. Pushkin House-Museum is also one of the most attended sights in Chisinau. This building is quite usual at a glance, but the museum exhibits an interesting collection of items that will tell you about the life and work of the great poet. So called Valley of Classics will get you acquainted with great Moldavian writers. The valley honors famous poets and novelists of the country by featuring their statues made of granite. Theatre connoisseurs will never get bored in Chisinau as in this city you will find a large number of cultural facilities – Opera and Ballet Theatre, Theatre for Children named Luceafarul, Doll’s Theatre Licurici and much more. Copyright www.orangesmile.com
Authentic traditions, festivals and lifestyle of Chisinau inhabitants
Cultural traditions of local people are very exciting and interesting; one of the main distinguishing features of the character is hospitality. Each house will certainly welcome guests with …

Open
A landmark for Chisinau's historical site is the Holy Gate, also known under another name - the Arch of Victory. This arch is located in the heart of the city, which was built in 1840. It has a massive bell, the weight of which is more than 6 tons. This huge bell was cast from melted Turkish cannons. This historical monument looks very impressive. 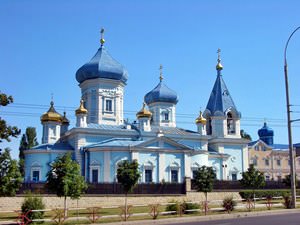 The oldest building in Chisinau is Mazarache Church, which was built in the middle of the 13th century. The history of this church is inextricably linked with the name of the city treasurer Vasile Mazarachi, on whose personal means it was built. Despite the fact that the history of the existence of this church had to go through many reconstructions, it managed to retain its original appearance almost completely. In the walls of the church there are also many interesting artifacts.
Excursion over cultural sights of Chisinau - 'must visit' points of interest
The most interesting place for visitors is historic district, as all major attractions and sightseeing objects are here. Chisinau’s important symbol is the Organ Hall located next to …

Open
The city has a lot of beautiful places for walking. One of the most picturesque is Stefan cel Mare Central Park. It was founded in 1818 and occupies a vast territory of 7 hectares. This park is remarkable not only for its natural beauties. On its territory there are many beautiful monuments, including a very beautiful monument to A.C. Pushkin. In the warm season in the park, there are gorgeous fountains. It is loved not only by the guests of the city, but also by the locals. 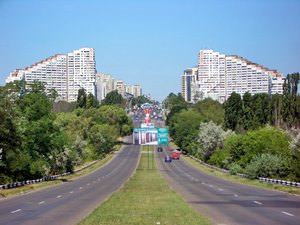 An ordinary walk through the city will allow you to get acquainted with its outstanding architectural sights. On the central avenue, you can see the impressive building of the main post office, which was built in the middle of the 19th century. Once it was decorated with a huge glass globe, which was destroyed during the earthquake in 1976. This element was not restored. It is possible to see this original globe only having watched the Soviet film A man Person goes after the sun.
Your active city break in Chisinau. Attractions, recreation and entertainment - best places to spend your day and night here
Large selection of entertainment venues, shops and restaurants will enliven your rest and make it even more enjoyable. Karaoke fans will enjoy a nice Karaoke-Club VIVALDI, where you can …

Open
Fans of hiking in interesting museums, should take a look at the National Museum of Archeology and History of Moldova. It also occupies an incredibly beautiful historical building. Now the museum's fund has about 260,000 unique exhibits. A significant part of them was discovered during the excavation directly on the territory of the republic. In the museum, visitors can see samples of ancient weapons, household items, ornaments and decorative objects. In addition to the archeological exhibits themselves, the museum houses a collection of old books, photographs, paintings and historical documents.

This guide to iconic landmarks and sights of Chisinau is protected by the copyright law. You can re-publish this content with mandatory attribution: direct and active hyperlink to www.orangesmile.com.
Chisinau - guide chapters 1 2 3 4 5 6 7 8 9

City tours, excursions and tickets in Chisinau and surroundings

National and city parks around Chisinau
♥   Natural park 'Lunca Joasa a Prutului Inferior' , 149.5 km from the center. On the map

Sightseeing in Moldova: things to see

The oldest city in Moldova, Orheiul Vechi, is a must visit place for all travellers. The city is located in a small ravine. First settlements appeared on the site of the city yet during the prehistoric era. Nowadays, visitors can learn more about that period by observing rock drawings and carvings in local caves. The city got its current name after the Orheiul Fortress that was built on the highest hill in the 15th century. The city looks more like a giant architectural complex, every building in which was a witness of important historic events. The Monastery of Dormition of the Mother of God is an interesting place recommended for visiting. The monastery was built in the 12th century and is considered one of the most beautiful medieval sights. … Open

Search touristic sites on the map of Chisinau

Sightseeing in regions nearby Chisinau

Tiraspol
The territory of the city came to the Russian Empire only in 1791, after the Russian-Turkish War. To strengthen the new border, it was decided to form a new city in 1792. Upon the order of A. V. Suvorov, the fortress was built. Tiraspol gained the status of the city in 1795. It flourished only in the second half of the 19th century. The railway made the developing craft ... Open »
Iasi
Many famous historians and chroniclers lived and worked in Iasi for decades starting from the beginning of the 17th century. Such famous personalities as Grigore Ureche, Miron Costin, and Ion Neculce wrote their works here. Iasi is also famous as the place where Russia and Turkey signed a peace treaty in the 90s of the 18th century. In accordance with this document, the sides ... Open »
Odessa
There are really many places for walking in the city, and you can study its streets indefinitely. Here you will find beautiful old mansions and magnificent modern buildings, as well as numerous monuments and fountains. The old part of the city and its main symbol is the Deribasovskaya Street, along which is stretched a large square. Here you will see contemporary artists who ... Open »
Vinnytsya
The history of the appearance of the name of the city is quite interesting. According to one version, it was named after the Vinnichka River. Many locals have a different version; they believe that their hometown was named Vinnitsa because a few hundred years ago a lot of distilleries were built here. During the excavations on the territory of the city, traces of settlements ... Open »
Chernivtsi
Every country contributed much to the development of the prospective city. For example, Chernivtsi has its incomparable appearance thanks to Austrian masters. In the period between the 17th-18th centuries, they built a lot of wonderful architectural complexes in Chernivtsi. Some of the buildings have been preserved to this day in their original form. Due to the plenty of ... Open »
Kherson
In Kherson, there is an excellent tourist center that is located in the building of the Fregat Hotel and is open all year round. No matter what the season is, travelers can take many interesting excursion and entertainment programs. Certainly, the city won’t disappoint fans of excursions. Enchanting squares and the mysterious Old Town shrouded in interesting legends, ... Open »

All about Chisinau, Moldova - sightseeings, attractions, touristic spots, architecture, history, culture and cuisine. Prepare your trip together with OrangeSmile.com - find out the 'must see' things in Chisinau, which places to visit, which excursions to take, where the breathtaking views are waiting for you. Planning your trip with this travel guide will help your to get the most out of Chisinau in few days.