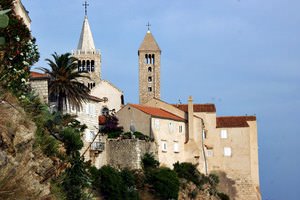 The island of Rab was settled by the Illyrians in the 4th century BC. Later, the Romans built a fortified port here and called this place Felix Arba, or "happy". Rab belonged to Byzantium, the Hungarian-Croatian principality, the Venetian Republic. When the latter one fell, it became a part of Italy and only after the First World War it turned out to be a part of Yugoslavia. Although, it was later reoccupied by the Italian army again until the end of World War II. A pretty rich history, isn't it? However, it often seems that Rab took a bit of cultural and historical heritage from each of the civilizations that owned it.
Shopping in Rab Island - main shopping streets, outlets and boutiques
One of the most "Croatian" souvenirs can be considered Morcic jewelry. According to the legend, many centuries ago, the image of the Moor in a turban, in the form of which Morcic is made …

Open
The most interesting place on the island for those, who like history, is the city of Rab itself. Built more than two thousand years ago and rebuilt in the late Middle Ages according to the drawings of the famous architect of the time, Juraj Dalmatinac, it has not changed much since then. Quite narrow streets, interlocking with each other at various angles, ancient small houses, surrounded by greenery, paved pavements – all this seems to be frozen in time, keeping the spirit of the past. One of the most spectacular buildings of Rab is considered to be the Cathedral of St. Anthony, built in 1175, where several important church relics are still kept.
Be sure to find the main square of Rab. There you will find the Prince's Palace, built in the 13th century. Subsequently, elements of the Gothic and Renaissance style were added to the palace, but the major part of the old building remained unchanged. However, there are many palaces here, as there are Dominis, Krnota, and Galcigna, built in the Venetian style. The latter is located very close to the Prince’s Palace. The fragments of the city walls, whose construction began in the 12th century, have remained till the present day and are fairly well preserved. Copyright www.orangesmile.com
Guide to Rab Island sightseeing - things to see and to visit
Located in the Kvarner Gulf, the Croatian island of Rab is considered to be the sunniest place in Europe. It's an ideal resort with fabulous beaches, beautiful nature and unique climatic …

Open
Four Romanesque bell towers, which can be seen in the historical part of the city, are also well preserved. Be sure to spend at least a couple of hours studying the Church of St. Justine. This is a rather beautiful and rather old building, which is a good example of 13th-17th- centuries architecture. The 13th-century Church of St. Mary, which has remained till our days almost unchanged, is also interesting. 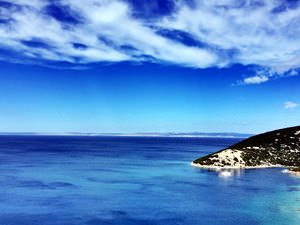 The fragments of a Benedictine monastery, built around the 11th-century, have survived to this day. Unfortunately, the building itself did not survive the test of time and now only ruins remained of it. Nevertheless, the monastery bell tower of St. John the Evangelist, built in the 12th-century, was restored in 1933 and is now available for viewing by all visitors. It is also worth looking at the small but surprisingly beautiful Church of the Holy Spirit. Franciscan monastery of St. Anthony, a wonderful example of medieval architecture, has also reached our days.
Family holidays with kids in Rab Island. How to entertain your child, things to show to children.
Rab Island is great for a family vacation with children. There are no water parks, amusement parks or a zoo but there are a large number of natural and architectural attractions. Rab will …

Open
In addition to exploring the capital of the island, you can visit the village of Lopar in its northern part. According to the medieval chronicles, this is where Marin, the founder of the modern dwarf state of San Marino, came from. Here, by the way, you can see the 15th-century Church of St. Mary. The village Supetarska Draga also worth visiting. The settlement is famous as the place where the oldest bell of the Adriatic, which was cast in 1059, is located. In general, the island of Rab is ideal for those, who want to feel the very "spirit of the time" and dive into the Middle Ages, wandering through the streets of the local settlements, rather than looking at the exhibits in the museums.

This guide to cultural sights Rab Island is protected by the copyright law. You can re-publish this content with mandatory attribution: direct and active hyperlink to www.orangesmile.com.
Rab Island - guide chapters 1 2 3 4 5 6 7 8 9
Reference information
Map of all churches

Cathedrals and basilicas near Rab Island
♥   Crkva sv. Filipa i Jakova, Novi Vinodolski, 40.5 km from the center. On the map

Excursions over cultural sights of neighbours of Rab Island

Losinj Island
The city of Mali Losinj was founded in the 12th century. For a long time, only a few families lived here, who at first engaged in cattle breeding and farming, and later started fishing. Gradually, the city grew and became a major seaport. The news that local air has a beneficial effect on health has saved Mali Losinj from oblivion during the shipping crisis. Most of the ... Open »
Pag Island
Many of the landmarks can be found in Pag Town, the capital of the island. It is remarkable that the local government started to build a «new» Pag in the 15th century in order to protect the settlement from the pirate raids. It was located not far from old Pag. Giorgio da Sebenico, a famous Croatian architect started to project the new fortified settlement. Despite the ... Open »
Cres
Be sure to visit Petrić Palace which was built in the 15th century. It is not only a beautiful ancient building but it is also the Town Museum. Its exposition is dedicated to the history of the island from the first settlers to our days. The museum has a large collection of various artefacts such as Ancient Greek amphorae, weapons, armour and household items of 19th and 20th ... Open »
Dugi Otok
You should see "Stene". These are sheer cliffs on the west coast. Their height is more than 150 matters. Almost vertical formations will definitely impress you. It will be especially interesting to see them from the water. If you know how to scuba dive, then the underwater part of the cliffs with unique flora and fauna will be available to you. Divers will find several ... Open »
Opatija
A first floor of the renowned building hosts the Croatian Museum of Tourism. After an exploration of the villa and its premises the tourists may then follow to explore the Botanical Garden of Opatija located close to the villa. The garden was established more than a hundred years ago. Today a majestic collection of the beautiful garden counts hundreds of the rarest plants ... Open »
Istria
Rovinj is not only one of the most attractive cities in the region, but also the most romantic city in the country. Its inherent charm perfectly complements unique monuments of the past; tourists are fond of exploring them. Among city’s most striking sights the impressive building of the City Hall, a beautiful chapel of the Holy Trinity and the Church of St. Euphemia, as ... Open »

Culture guide to Rab Island. Which fascinating sights to visit once you are in Rab Island: temples, churches, museums, theaters and castles. Recommendations (with addresses, phone numbers and links) on the places 'must visit' in Rab Island. Plan your own city excursion by using this page info!