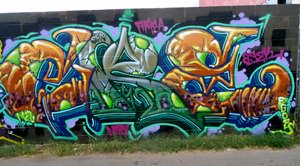 The first settlements appeared on the island in ancient times. The island was under the reign of the Byzantine Empire in the 16th century. There is still some evidence of those times. The fortifications in the capital of the island perfectly illustrate the Italian influence on the history of Cres. There are still remains of the city wall built in the 17th century and city gates with bas-reliefs in the shape of lions. The oldest part of Cres is located behind the gates. You can visit it and admire the tower clock which has been standing in their place for several centuries. One more attraction is Saint Isidore Church which was built in the 12th century. The bell of the church is dated back to the 14th century and it is considered to be one of the oldest on the island. There are also Dominican and Franciscan monasteries on Cres.
Top hotels in Cres for business trip or short vacation
The choice of hotels on the island Cres is really great. Comfortable apartments for habitation with children and for long-term stays are widely spread here. One of the most upscale hotels is …

Open
Be sure to visit Petrić Palace which was built in the 15th century. It is not only a beautiful ancient building but it is also the Town Museum. Its exposition is dedicated to the history of the island from the first settlers to our days. The museum has a large collection of various artefacts such as Ancient Greek amphorae, weapons, armour and household items of 19th and 20th centuries. A large part of the exhibits relates to the history of the Croatian ethnic group formation. The Lapidarium Museum also deserves your attention. Its exhibition includes written monuments, slabs and boulders with Glagolitic inscriptions which were found in the capital. However, the construction of the museum is interesting too. It was the residence of the town council for several centuries.
There is also a lot of stone «books» outside Cres Town. Valun village is well known for the Valun tablet which is one of the oldest Croatian Glagolitic inscriptions. The inscriptions are made in Latin and ancient Croatian languages. They are dated back to the 11th century. The huge rock with the inscriptions is walled into the Paris Church of Saint Mary. There is also a local museum dedicated to local agriculture and handicraft. Moreover, a small Church of Saint Mark is located here. Copyright www.orangesmile.com
Shopping in Cres - main shopping streets, outlets and boutiques
You can bring a truly Croatian souvenir from Cres which is called Morcic jewellery. It has a shape of the Arab’s head in a turban. In ancient times, Morcic jewellery was made of burnt …

Open
A Church of Saint Anthony is located in Lubenice. It was built in the 15th century and its construction deserves your attention. However, if you are not interested in medieval history, you should definitely visit the village. It was built more than 5 centuries ago. Its population is about 20 people and you can easily enjoy the atmosphere of this ancient and almost empty place. There are also located the chapel of Saint Dominic, the chapel of Saint Stephen and the Church of Saint Jacob. 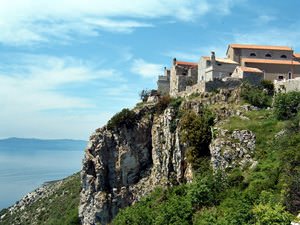 One of the oldest settlements on the island is Beli. It a small village located on the hill. There are ruins of ancient baths and a bridge. The second one is a unique construction in this part of Croatia. One of the main attractions in Beli is an Early Roman church built on the ruins of an ancient building. Be sure to visit the Church of Saint Mary with a small museum and an ancient stable from prehistoric times. The village itself has several houses built in gothic style.
Guide to Cres sightseeing - things to see and to visit
Cres is Croatia's second largest island, which is known as a major center of ecotourism and a location of incredibly beautiful beach resorts. The beautiful island managed to preserve its …

Open
Osor is a village and a port on Cres. Despite its small size, the settlement has a rich history. There are several sculptures of famous Croats such as Ivan Meštrović. Don’t miss a chance to visit the central square and admire the castle of a bishop which is dated back to the 15th century. Some of the ancient historical attractions are located near Lake Vrana. People settled here several thousand years ago. The legend says that there were two rich sisters. One of them was jealous and she wanted to own all the possessions which located at the place of the lake. But she was punished for her cruelty. A severe earthquake and a flood destroyed the castle. Local inhabitants say that there is still a castle on the bottom of the lake and you can hear the sound of a bell from the bottom.

In the section below, you can get one of our excursion, activities or city discovery tours over Cres and surroundings. Our website offers 10-30% lower ticket prices, when compared to the offline purchase on the spot.

This guide to cultural sights Cres is protected by the copyright law. You can re-publish this content with mandatory attribution: direct and active hyperlink to www.orangesmile.com.
Cres - guide chapters 1 2 3 4 5 6 7 8
Reference information
Map of all churches

Cathedrals and basilicas near Cres
♥   Katedrala Sv. Vida, Rijeka, 40.6 km from the center. On the map

Photogallery of cultural heritage of Cres

Excursions over cultural sights of neighbours of Cres

Krk
Fans of excursions should definitely look in the picturesque town of Punat, which continues to be a major industrial center. It produces excellent olive oil; the town has an old mill and several very attractive shops. The islet of Kosljun, which is in close proximity to the Krk, there is the Franciscan monastery and a very interesting museum that introduces the rich and ... Open »
Rab Island
The fragments of a Benedictine monastery, built around the 11th-century, have survived to this day. Unfortunately, the building itself did not survive the test of time and now only ruins remained of it. Nevertheless, the monastery bell tower of St. John the Evangelist, built in the 12th-century, was restored in 1933 and is now available for viewing by all visitors. It is ... Open »
Istria
The largest town and tourist center of the region is Porec; it has more tourist facilities than other towns of Istria. In the historic city travelers will be able to find not only unique architectural monuments, but also picturesque parks and gardens with pines. The city has many beautiful religious buildings; Euphrasian Basilica is considered the most famous among them. It’s ... Open »
Losinj Island
For all who are interested in the sea, it is worth visiting the Kula Museum. In addition to a large number of various exhibits related to the sea and seamen, the museum is famous for interesting thematic events and workshops. In the churches of St. Mary and St. Antun Opat Pustinjac, you can see not only the church furniture of past centuries but also the pictures of various ... Open »
Rovinj
The old house once belonged to a local forest-guard, is now renovated and its décor of previous years is completely renewed. Beautiful antique furniture, unusual household stuff and original jewelries are presented in the museum’s manifold collection. The museum is embraced with a marvelous forest, so after the exhibition exploration tourists can enjoy hiking in a serene ... Open »
Pag Island
Novalja is famous all over the world because of Zrce Beach. It is very popular among young people who love dance music. However, the town itself has a rich history and many ancient landmarks. You can see a ruined wall, late antique acropolis and early Christian Church of the Holy Cross. Be sure to visit the Museum of the Town of Novalja. It is located in the second largest ... Open »

Culture guide to Cres. Which fascinating sights to visit once you are in Cres: temples, churches, museums, theaters and castles. Recommendations (with addresses, phone numbers and links) on the places 'must visit' in Cres. Plan your own city excursion by using this page info!