Preparing your trip to Oxford: advices & hints - things to do and to obey 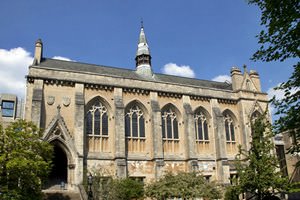 1. The most popular city transport means is a bus being available 24/7. After 23.00 the city is cruised with special night buses which have an “N” mark in track number. It should be noted that various travel passes are not valid on night bus routes.
2. Tips are welcome in all gastronomy establishments of the city as well as in taxi. The tips should be about 10 – 15% of the total order cost. In some restaurants the service fee is included into the bill. In this case one can just round up a sum to any convenient amount to additionally reward a waiter.
3. Street call boxes are located near public transport stops, large governmental institutions and entertaining complexes. The street call boxes offer the optimum rates for inter city and international calls. Using a hotel phone line should be avoided because of high rates.
4. To rent a car a driver will need international driving license, passport and a credit card with a limit enough to cover the rental cost. Clients under 21 years old and those with less than a year of driving experience may be denied in service rendering.
5. Utility supplied voltage is 240V. All the hotels and inns are equipped with three pin sockets. In case of necessity guests may find adapters and connectors in the hotel or buy them in specialized stores. Copyright www.orangesmile.com
6. Prudent tourists should keep in mind that the city center locates the most expensive restaurants and shops. The most budgetary establishments located in the central district of the city will feature much higher prices than these in remote area eating houses and stores. That is why it is reasonable to find some eating houses and groceries remote from the main streets of the city.
7. Many museums and other cultural institutions provide considerable discounts for group visits. To join a tour or an excursion one should better visit a special tourist information office or set off to the city landmarks exploration with a family or in a company of mates as in this case one will find considerably lower prices.
Cuisine of Oxford for gourmet with top restaurants and cafe
Oxford is a real hit for gastronomy tourism enthusiasts. Each day the guests of the city are invited to visit hundreds of gastronomy destinations of different trends. The city features …

Preparing your trip to Oxford: advices & hints - things to do and to obey You can re-publish this content with mandatory attribution: direct and active hyperlink to www.orangesmile.com.
Oxford - guide chapters 1 2 3 4 5 6 7 8 9

What to visit being in Oxford - unique sights 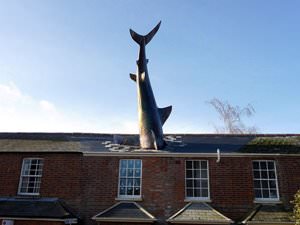 Distance from Oxford center - 2.7 km.
Since its inception, the unusual monument has sparked many contradictions. The residents of the neighbors turned to the municipal authorities several times and asked to get rid of the shark because it spoils the landscape and is dangerous to safety. The inspectors who came to visit the monument in 1992 have confirmed that 'the Headington Hai' does not harmonize with the surrounding landscape. But the monument was not broken off. Today it is one of Oxford's most unusual and famous landmarks. … Read further 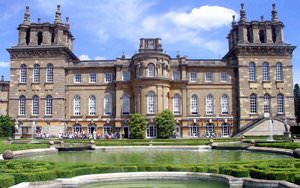 Distance from Oxford center - 12.7 km.
The ghost of beauty, living in the castle, is considered a good one, and never frightens the people who come to the castle with good intentions. One of the most incredible cases happened in the castle in the 18th century, when the officials wanted to expropriate the whole property as compensation for the owners' big debts. The ghost of Rozamunda has received them extremely unfriendly. The officials were thrown with the stones and watered by the cold water, whose appearance in the narrow corridors remains unexplained until today. Thus the protector's ghost saved the castle's valuable property. Thanks to the unusual case, the collection of antique objects and works of art can be appreciated today. … Read further

Tips for the cities around Oxford

Reading
3. The main features of local folks’ character are tactfulness and politeness. However city guests should keep in mind some specific features of behavior of local residents. Entering a shop or another public place it is necessary to greet everybody. Before addressing somebody for help it is important to greet a person as well, moreover one should not forget to thank for any ... Open »
Luton
3. A major international airport is located in the vicinity of the city. All year round it receives flights from various European and other countries of the world. 4. Thrifty tourists should take into account that a small fee is charged almost everywhere when paying with a credit card. In stores and shopping centers, it is most advantageous to pay in cash. 5. It'd be ... Open »
Coventry
3. In Coventry it rains a lot, so be sure to take an umbrella or a raincoat when going out. A long walk without these accessories isn’t recommended. In general, the weather in Coventry is very favorable, even in winter the temperature rarely drops below zero degrees Celsius. 4. Cost-conscious travelers may be embarrassed with prices in local restaurants and bars; the cost ... Open »
London
3. Buses remain the most accessible way of getting around the city as taxis in London are quite expensive. 4. Most restaurants include tips in the total bill. As a rule, the tips here range from 10 to 15%. Leaving tips in pubs is not common. 5. Under no circumstances leave your personal belongings unattended, even in a car that has been rented. Special guarding parking ... Open »
Birmingham
3. Vast majority of shops and shopping centers are open at 9:00 and work until 17:30. Sunday is usually a day off. The tourists, who expect to return VAT of 11% when they leave the country, will need to ask a special «tax free» document in stores when they make a purchase. 4. Museums and other cultural institutions usually accept visitors from 10:00 to 18:00. Working ... Open »
Southampton
3. One of the most common means of public transport is a bicycle; you can rent it at one of many rental centers. Along major highways special paths for cyclists are laid not to be confused with sidewalks. 4. The main form of public transport is a bus; the starting point for most routes is the city center. Budget travelers and those who expect to explore the city actively ... Open »

Travelling to Oxford - advices and tips. What should be provisioned in advance, the rules you might want to follow, and the things you better avoid doing in Oxford. We help you to make your trip smooth and easy, with no unexpected surprises.