Sightseeing in Sheffield - what to see. Complete travel guide 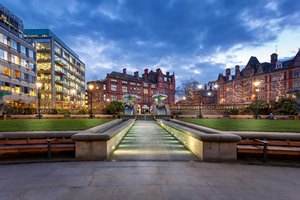 Even in the census created by William the Conqueror and known as the Domesday Book dated 1086, Sheffield is mentioned as a small village. This is the proof that the history of the city has more than a thousand years. The Don River, on which stands Sheffield, is formed by four streams (Porter, Chief, Loxley and Ravelin) that flow from the Pennine hills at the foot of which you will find this city.
Excursion over cultural sights of Sheffield - 'must visit' points of interest
Once it was the large-scale industrial city. Today Sheffield is an attractive tourist and cultural center. The city has everything you need for an exciting holiday, including an abundance of …

Open
Each street of the city keeps the memory of most important events in its history. Here you will find the ruins of the castle built in the XIII century. This place was a prison of Mary Queen of Scots in 1571-1583. The castle, which has belonged to the Duke of Norfolk, is also a truly interesting place. The local Museum of Antiquities is a source of great pride for residents of this place. Here you will find a collection of valuable items that provide information about the history of England. The city is full of other museums, including such interesting places as Museum at Art and Design School (Fine Arts), the Philosophical Society and Art Gallery.
The local football club, which has been operating since 1860, is not only the oldest one in the country and Europe, but also in the whole world. The first football match between the teams of clubs has been also played in Sheffield. Copyright www.orangesmile.com
Your active city break in Sheffield. Attractions, recreation and entertainment - best places to spend your day and night here
Sheffield features a huge number of beautiful parks and gardens that are ideal for hiking and sports. Sheffield Winter Garden remains one of the most popular tourist destinations; it is …

Open
Sheffield is considered as the greenest city of England. It is second to none in the number of parks and trees growing here. In the city, there are several large greenhouses, the biggest of which is the Winter Gardens. It presents exotic plants from all corners of the world. The guests of the city can visit it even in winter. The construction has a great architectural value. The small square in front of the greenhouse is decorated with extraordinary sculptures. 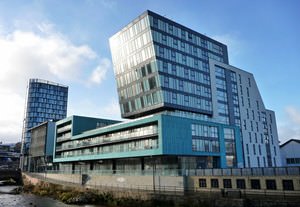 One of the oldest buildings in the city is the Cathedral Church. According to the historical data, the first church at its site was built in the 12th century. In 1266, it was fully destroyed in a large fire. In 120, the church was rebuilt again. In the first half of the 14th century, it was reconstructed completely for the first time. For hundreds of years, the church has been repeatedly reconstructed but some of its elements have been preserved in their original form. The oldest part of the construction is the eastern wall of the 13th century. In the church, there is also the preserved altar of the 15th century.
Advices to travellers: what you should know while being in Sheffield
1. Standard tip is 10 to 15%; it would be appropriate to leave cash reward in the restaurant and taxi. About 10-20 pounds per week are left for a maid, depending of the hotel. In some …

Open
In the southern part of the city, there is old Beauchief Abbey founded in 1183. It was a great construction once but only some part of the old abbey has survived to this day. One of the towers is left. Near it, you can see the chapel built in the 12th century. 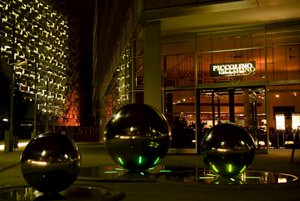 As for the outstanding architectural monuments of Sheffield, the City Hall built in 1932 is worth being mentioned. It is a vivid example of the neoclassical architecture. The building entrance is decorated with high columns. In the period of the Second World War, the bomb exploded near the City Hall. It is a miracle that the building wasn’t severely damaged. The signs of the explosion are left on the building walls and columns that have not been restored and remind of the difficult wartime. Now, different cultural events are organized in the City Hall. In it, there is a unique organ with over 4 000 pipes.
Cuisine of Sheffield for gourmet with top restaurants and cafe
What may surprise discerning palates in the classic English city? Delicious meat dishes and traditional Yorkshire pudding, classic fish treats with a side dish of fries and excellent …

Open
One of the most interesting suburban areas from a tourist point of view is the Abbeydale. It is an outdoor museum where you can visit artisanal workshops and see the collections of ethnographic exhibits.

This guide to iconic landmarks and sights of Sheffield is protected by the copyright law. You can re-publish this content with mandatory attribution: direct and active hyperlink to www.orangesmile.com.
Sheffield - guide chapters 1 2 3 4 5 6

Shopping streets in Sheffield
♥   Shopping area ' Fargate' Sheffield, 0.3 km from the center. On the map

♥   Shopping area ' Devonshire Quarter' Sheffield, 0.7 km from the center. On the map

♥   Shopping area ' Meadowhall Centre' Sheffield, 5.5 km from the center. On the map

Survived castles around Sheffield
♥   Castle 'Conisbrough Castle' , 19.9 km from the center. On the map

National and city parks around Sheffield
♥   Regional Park 'Stones Country' , 117.1 km from the center. On the map

Art galleries in Sheffield and around
♥   Art museum 'Yorkshire Sculpture Park' Wakefield, 26.7 km from the center. On the map

♥   Art museum 'Hepworth Gallery' Wakefield, 33.1 km from the center. On the map

Sights around Sheffield from our guide 'Extreme places on Earth' 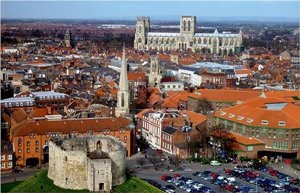 Distance from Sheffield center - 69.5 km.
The craft stall, souvenir shops have placed in the old buildings. There you can buy wonderful memorable gifts. The most adorable palace has been saved in York. Nowadays there has placed the historical museum. Its collections are multi-faceted, there was collected thousands of artefacts, from the old household items and weapons to the crucial historical documents. York Minster, a large Gothic Cathedral, is the main outstanding landmark in the city. It was built in 13th-14th centuries. York is a real asset for lovers of walks in historical places. … Read further 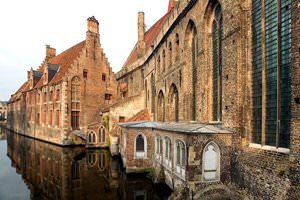 Distance from Sheffield center - 65.5 km.
It’s noteworthy that many patients witnessed paranormal phenomena and told doctors about suddenly erupts into flames and chilling screams, but nobody listened the words of mentally ill patients. Tourists visiting the hospital today often complain of sudden panic attacks and headaches. The St. John’s Hospital is reasonably considered one of the darkest and most mysterious buildings in the world. … Read further 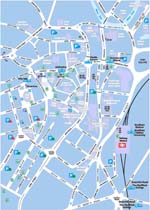 Search touristic sites on the map of Sheffield

Sightseeing in regions nearby Sheffield

Leeds
Among main sights of the city are Royal Arsenal with large exhibition of different collections (items devoted to knights times and knights tournaments, war time, hunting) and City’s Picture Gallery with a large collection of pictures of XX century. Modern Leeds attracts people by its history, its constant flexibility and ability to fit modern life. Today this is a city full ... Open »
Nottingham
Each year the city hosts a festival dedicated to the most romantic robber. For a whole week the locals have fun, sing songs, and organize costumed presentations and theatre performances. At this time of the year you will find here numerous outdoor cafes where you can taste national dishes and drinks. Of course, this festival is the largest and most well-known one, but in ... Open »
Manchester
In addition to well-developed industry this city is the center of British history and culture. In Manchester, not London, have first appeared repertory theaters. Today the visitors of this wonderful city can enjoy attending numerous theaters: City Drama Theatre, Opera House, Palace Theatre, Apollo Theatre and others. The most interesting museums of Manchester are Salford ... Open »
Lincoln
In the gallery, visitors can see an interesting collection of coins and various artworks made of porcelain. Many visitors find it extremely interesting to see a large and diverse collection of wristwatches. Local jeweler and watchmaker James Ward Usher gifted these interesting items to the museum in the 17th century. Generations of locals and millions of foreign guests have ... Open »
Bolton
We should definitely mention the fact that this city has its own parliament. This made Bolton less popular at one time, because the city was located in the royalist region. When the parliament was yet about to be created, Rupert Pfalcskiy tried to seize the city. At that time took place one of the scariest facts in the history of the city – the Bolton Massacre, during ... Open »
York
Cathedral is the main symbol of this city. Its building started yet in the 13th century and lasted for over than 400 years. It was built instead of a small Christian village. As the building has taken so long, the church represents a mix of absolutely different architectural influences. The oldest region of York is the location of remains of fort wall and city gates. Here you ... Open »

All about Sheffield, Great Britain - sightseeings, attractions, touristic spots, architecture, history, culture and cuisine. Prepare your trip together with OrangeSmile.com - find out the 'must see' things in Sheffield, which places to visit, which excursions to take, where the breathtaking views are waiting for you. Planning your trip with this travel guide will help your to get the most out of Sheffield in few days.