Sightseeing in Edinburgh - what to see. Complete travel guide 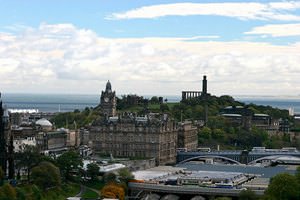 Edinburgh is the city, where the Scottish spirit can be felt as vividly, as nowhere else. A bagpipe and a kilt are a part of everyday life even these days. Scottish food, which consists only of healthy products, is well-known for its high quality. Basically, Scottish food is based on such ingredients as beef, lamb, game and a lot of fish. Not only Scottish cheese and Scottish beer are known all over the world, but also Scottish whisky.
Advices to travellers: what you should know while being in Edinburgh
1. Tourists are advised to observe basic safety precautions - do not take valuable items for a walk and do not leave bags and coats unattended. The best way to wear camcorders and cameras …

Open
The Edinburgh Castle. The Edinburgh Castle is the most popular place of interest; it seems that the castle just hovers over the center of Edinburgh. If you use the drawbridge and go inside the castle, you will see the well-known Stone of Fortune, a sacred Scottish relic. Many years ago English and Scottish monarchs were crowned here. From the castle one can enjoy a wonderful view of the whole city. Every day, except for Sundays, on 1 p.m. you can hear the shoot of the castle alarm-gun. The Edinburgh Castle is often used as the location of the Annual Festival of Army Orchestras. The Edinburgh Festival, which takes place on the New Year's Day, is a great way to see magnificent holiday fireworks. More than that, in Edinburgh tourists can see interesting performances dedicated to new adventures of Harry Potter.
The Palace of Holyroodhouse. The Palace of Holyroodhouse, which used to be the place of gossips, murders and political intrigues, is nowadays the official residence of the Queen. It's situated right in the centre of the medieval Royal Mile, the central street, which leads to the Edinburgh Palace. It was the place, where Maria Stuart spent the worst days of her life. Her dramatic story simply cannot leave anyone indifferent. In the Palace of Holyroodhouse pregnant Maria has to face the death of her secretary David Riccio, who was killed by order of her husband. Today the palace is the place where you can look at numerous private items of Maria Stuart. Copyright www.orangesmile.com
Extraordinary weekend in Edinburgh - unusual places, services and attractions for travel gourmet
For hundreds of years Edinburgh Castle has been the main historic symbol of the city, but not all travelers know about unique hidden places of interest in Edinburgh. Fans of mystics and …

Open
The Writers' Museum. The Writers' Museum is located in a narrow street. Portraits, manuscripts and personal items, that are exhibited there, will provide visitors with information about life of such famous writers as Robert Burns, Walter Scott, Robert Luis Stevenson. Besides that, the museum is the location of specialized exhibitions devoted to other famous Scottish writers. The medieval court in front of the museum is called 'Makers' Court'. The cobblestone pavement of the area is full of carved aphorisms of Scottish authors. This is a kind of Edinburgh’s Alley of Fame. 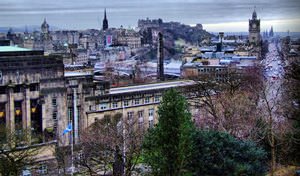 Five galleries. Five galleries, which are scattered all over the city, feature works of outstanding artists of different periods of time. The National Gallery of Scotland is the place where you can look at the permanent exhibition of European art. The Royal Scottish Academy offers its visitors to enjoy the works by Monet, Titian and Gauguin. The Scottish National Portrait Gallery provides visitors with information about the 500-year old history of Scotland starting from Robert Burns and ending with Sean Connery. The Scottish National Gallery of Modern Art, just like the Dean Gallery, which is located nearby, is an ideal place for fans of modern art. Even the bushes there are true pieces of art.
Unusual weekend in Edinburgh: accommodation in extraordinary hotels
Some hotels in Edinburgh are worth a title of one-of-a-kind landmarks. The beautiful Angels Share Hotel is one of them. It is located in the center of the stylish West End neighborhood and …

Open
The National Museum of Scotland. The National Museum of Scotland is the place where one can learn about the formation of the Scottish landscape, first citizens, the creation of the nation and about the changes, which have happened not only in Scotland, but in the whole country due to various inventions and discoveries. Marvellous art objects and simple everyday life items tell visitors about the Scottish history and the efforts that locals applied to develop their culture and self-consciousness. The Royal Museum of Scotland is situated in a small distance. It's a beautiful building in the Venetian style, where you will find various collections from all over the world. These collections will throw light upon art, science, industry, archaeology, environment and many other spheres of life. 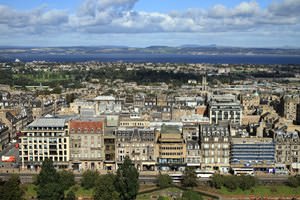