Sightseeing in Motherwell - what to see. Complete travel guide 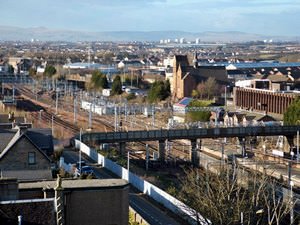 The picturesque Scottish city was literally created for family recreation. There are a lot of beautiful parks, modern entertainment centers, and attractions. One of the most picturesque places in the city is Strathclyde Country Park. It is an incredibly beautiful park where you can have fun. There are a lot of places for walking, an amusement park, and an indoor entertainment center. In the territory of the park, there are also lots of excellent restaurants, cafes, and camping sites. Here, you can relax in the open air, as there are well-equipped picnic sites.
Your active city break in Motherwell. Attractions, recreation and entertainment - best places to spend your day and night here
In the immediate surroundings of Motherwell, there is the big M&D's Amusement Park. It is one of the largest and most interesting amusement parks in Scotland. One day won’t be enough …

Open
You can spend your family vacation in the themed M & D's Scotland Theme Park. It is a big amusement park with attractions for toddlers, teenagers, and fans of extreme. There are merry-go-rounds for children of all ages, a big wheel, and a roller coaster. There are also a lot of playgrounds for toddlers. One of the most interesting places here is a terrarium. Here, you can see not only rare snakes, but also exotic butterflies. Adults will not be bored here too, as there are a recreation area and a minigolf course.
Fans of active entertainments will definitely like the Discover Amazonia. Here, you can see many rare plants, acquaint with typical inhabitants of rainforests, and even touch the biggest spiders in the world. The youngest visitors can go on an excursion and learn about the wonderful natural world. In the reserve, cute monkeys, exotic birds, and bats dwell. The visitors can also see the big collection of insects. Copyright www.orangesmile.com
Advices to travellers: what you should know while being in Motherwell
1. Active tourists are better to visit Motherwell in summer. At this time of the year, more sightseeing tours are available. In the city and its surroundings, all sports centres are open. …

Open
In the city, there are several entertainment centers for children. One of them, The Zone, is located in a beautiful historic building. There are playgrounds for children of all ages. Also, the team of animators works here. Toddlers will like playgrounds with trampolines and ball pits. Older children will be impressed by a playing area with inflatable attractions decorated with beautiful lights. In the center, there is also a comfortable cafe where you can celebrate a family holiday. 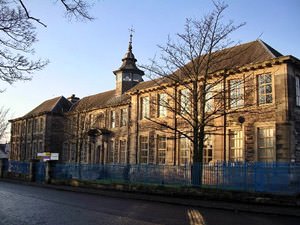 You can also have a good time in the Rainforest Adventure. This center attracts visitors not only with modern equipment, but also with affordable prices. In the center, there are a lot of safe attractions for toddlers, including colorful rides, swings, and inflatable attractions. The entertainment center is distinguished by a friendly atmosphere. It is the best place for recreation on a rainy day.
Family holidays with kids in Motherwell. How to entertain your child, things to show to children.
Motherwell is an amazing city in Scotland and an excellent place for a vacation. If you travel with children, they will be impressed by the city too. There are a lot of entertainment …

Open
Those who want to diversify their family recreation with cultural entertainments should visit the National Shrine of Our Lady of Lourdes, Carfin Grotto. This wonderful park is famous not only for natural beauties, but also for ancient sculptures and historical attractions. Children will not be bored here too, as they can run along wide paths and play in green lawns. One of the most interesting places here is the ruins of an old church. The surviving rooms of the church have been turned into a museum where interesting exhibitions based on Biblical motifs are organized.

This guide to iconic landmarks and sights of Motherwell is protected by the copyright law. You can re-publish this content with mandatory attribution: direct and active hyperlink to www.orangesmile.com.
Motherwell - guide chapters 1 2 3 4 5 6 7

Sights around Motherwell from our guide 'Extreme places on Earth' 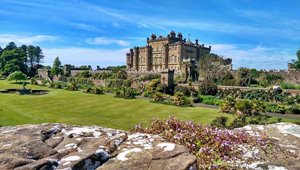 Distance from Motherwell center - 68.9 km.
Also, it is possible to hold there a private event. If you a wealthy man, you can celebrate there a wedding, an anniversary or a simple banquet. As other castles of Scotland, Culzean Castle is known with its mysterious ghosts. People say that there live no less than seven of them. Some visitors and staff claim that they saw a figure of a maid woman. The most popular and mysterious is a bagpiper ghost. It is rather hard to see him but it is quite easy to hear the bagpipe play in the castle almost every night. … Read further 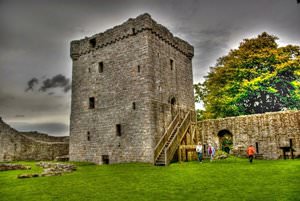 Distance from Motherwell center - 59.8 km.
During the excursion visitors of the castle can see saved towers and ruins of the Great Tower. One of the main parts of the building is an 11 meters high tower house. There saved a vaulted basement that is also open for tourists. The Glassin Tower of the 16th century is another interesting sightseeing of the castle. The tower has a vaulted basement for storing water. Only, at first sight, it seems that Lochleven Castle is a neglected place. Its territory is full of archaeologists. In 1995 there were found secret staircases, ceramic items and other old artefacts. … Read further 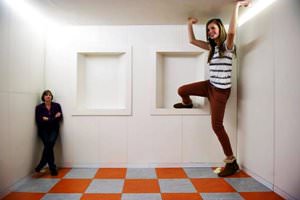 Distance from Motherwell center - 53.8 km.
The unique exposition is located on six floors of rooms. The magnificent viewing platform is set at the museum roof. The original edifice held historical exposition. It was founded in 1835 on one of the most picturesque streets of the old town. Since founding the museum collection has being constantly expanded and updated. Some exhibits remain unchanged for over 150 years. Not long ago, the museum's collection has replenished with old photos of Edinburgh, its attractions and architectural symbols. Anyone who is going to visit one of the most unusual museums in the world has to remember that the world around us is full of illusions. Here everyone can become sure about that. … Read further

Search touristic sites on the map of Motherwell

Sightseeing in regions nearby Motherwell

Glasgow
Nowadays Glasgow is a city of contrasts because this place combines the remains of the past industrialization and modern stylistic richness. This city was the second most important city of the British Empire with London occupying the first place. It is also considered one of the most impressive and unforgettable cities full of sights referred to Victorian period. That time was ... Open »
Kilmarnock
Well, if spending a few hours on neatly trimmed lawns is not part of your plans, feel free to go to Country Park having centuries of history. Amidst its ancient giant trees lies the territory of Dean Castle built in the middle of the 15th century by the Boyd family. Today, Country Park's forested area is recognized as a nature reserve. Its caretakers made every effort to ... Open »
Edinburgh
Edinburgh is the city, where the Scottish spirit can be felt as vividly, as nowhere else. A bagpipe and a kilt are a part of everyday life even these days. Scottish food, which consists only of healthy products, is well-known for its high quality. Basically, Scottish food is based on such ingredients as beef, lamb, game and a lot of fish. Not only Scottish cheese and Scottish ... Open »
Dundee
Are you fond of science? In this case, you simply ought to visit the Mills Observatory. This is a public observatory that is always glad to welcome new guests. The building has a distinctive cupola, the height of which is seven meters. An interesting fact – the cupola is made from paper-mache. Inside the building, you will find a Victorian period telescope. Visitors can use ... Open »
Isle Of Man
The Isle of Man is located in the Irish Sea. It is equidistant of Ireland and England. The island's history is devoid of bright and colorful events; harmony and peace have always reigned there. These values continue to attract modern travelers seeking peace and solitude. Many historical and architectural landmarks have survived on the island; they represent the legacy of ... Open »
Belfast
Belfast is the administrative center and the largest port city of Northern Ireland. In terms of the number of population, Belfast is inferior to Dublin only out of all cities of the island. Belfast is home to a great number of gorgeous historic landmarks, cultural and educational centers. According to scientists, first settlements in the territory of the modern city appeared ... Open »

All about Motherwell, Great Britain - sightseeings, attractions, touristic spots, architecture, history, culture and cuisine. Prepare your trip together with OrangeSmile.com - find out the 'must see' things in Motherwell, which places to visit, which excursions to take, where the breathtaking views are waiting for you. Planning your trip with this travel guide will help your to get the most out of Motherwell in few days.