Sightseeing in Bath - what to see. Complete travel guide 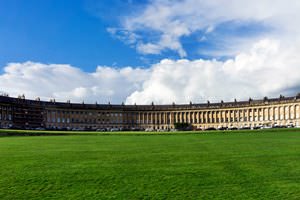 Many travelers know the charming English town of Bath lying on the banks of the River Avon as a first-class balneological resort. It is curious that the name of the city speaks for itself: local thermal springs have been used for health purposes since ancient times. In the second half of the 18th century, ancient Roman baths were discovered on the territory of the city, which are currently among the main city sights.
Excursion over cultural sights of Bath - 'must visit' points of interest
Bath has a lot of symbolic historical sights, the most famous among which is the Roman Baths Museum. The unique thermal complex discovered in Bath in the late 18th century is now one of the …

Open
At the turn of the 18th and 19th centuries, Bath began attracting representatives of royal families and noblemen who visited the city for the sole purpose of resting in the midst of unique landscapes and improving their health. Today, 4 springs surrounded by first-class health centers are available to all guests of the famous resort.
Bath's treasures are not limited to curative thermal springs alone. After so many centuries, the city has managed to preserve its unique aristocratic atmosphere, which is best felt during a walk through the picturesque old streets. Local residents have made every effort to save a lot of unique architectural monuments, including the famous Royal Crescent

). Copyright www.orangesmile.com
Your active city break in Bath. Attractions, recreation and entertainment - best places to spend your day and night here
Bath is ideal for family holidays, offering a lot of entertainment and leisure centers that could be of great interest to both the smallest tourists and their parents. One of such places is …

Open
Several centuries ago, vacationing at this resort was considered a privilege of prominent figures. It was often visited by Charles Dickens, Lawrence Stern, and Daniel Defoe. It is worth noting that Bath is particularly popular among fans of novels of Jane Austen and Charles Dickens. The city appears in several literary works, therefore many people visit it specifically to stroll through the very streets where their favorite characters loved to walk. Picturesque Bath will not disappoint fans of hiking and excursions and is sure to satisfy fans of gastronomic tourism. 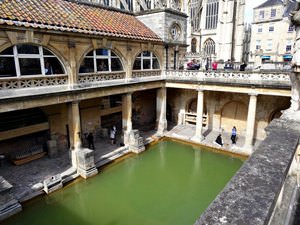 It is considered the birthplace of Bath buns, currently enjoying great popularity among residents of many European countries. Along with that, only in Bath, they are still baked according to classic recipes. The city even has a charming museum dedicated to buns - Sally Lunn’s. During the tour, guests can hear an amazing story of their origin, as well as taste some delicious pastries, the official "discoverer" of which is Sally Lunn. Bath cannot boast an abundance of noisy entertainment establishments. Like many hundreds of years ago, the atmosphere of the city is very refined and harmonious. It is ideal for those who like relaxing away from noisy megacities, while its surroundings are sure to impress eco-tourism enthusiasts.
Top hotels in Bath for business trip or short vacation
Travelers who decide to visit Bath will have a great opportunity to stay in unique historic hotels, including the most prestigious one - Macdonald Bath. It is housed in a chic palace …

Open
Every year, Bath becomes the location of many interesting festivals, many of which are international ones. Fans of jazz love to visit this city, so there is no wonder why local pubs and taverns have become regular venues for performances of famous jazz bands. The second half of May is the time for the traditional Bath International Music Festival. The event attracts musicians that perform in different styles. During this amazing event, visitors can attend classical music concerts, performances of jazz bands, and blues performers. Travelers traditionally like all kinds of events dedicated to folk music. This festival is the largest event of its type in the city, and it always attracts many visitors, so not only music fans will find it exciting to attend it. During the festival, there are always numerous fair trades and exhibitions in the city, interesting entertainment programs for children and even fire shows. The festival has one more advantage – more than a half of events and performances are free to enter. 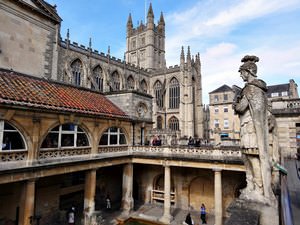 Fans of modern art will find it very interesting to attend Fringe Festival. It is a much-diversified event – during the festival, attendees have an opportunity to attend musical, art, and literature-related meetings and performances. Connoisseurs of live music will be fascinated with the International Guitar Music Festival that usually takes place in late July. In the end of September, numerous fans of Jane Austen visit the city to participate in the festival dedicated to the famous British writer.
Excursion over cultural sights of Bath - 'must visit' points of interest
Bath has a lot of symbolic historical sights, the most famous among which is the Roman Baths Museum. The unique thermal complex discovered in Bath in the late 18th century is now one of the …

Open
The historical English city has an important national symbol – beer. Numerous tourists enjoy sampling the delicious beverage in numerous local pubs. The most popular pubs are located in the historical part of Bath. It is also important to mention Old Green Tree pub separately. It amazes its guests with an absolutely fabulous historical design, a rich selection of the foamy drink types, and delicious national snacks. The pub organizes interesting entertainment programs for its guests several times a week.

This guide to iconic landmarks and sights of Bath is protected by the copyright law. You can re-publish this content with mandatory attribution: direct and active hyperlink to www.orangesmile.com.
Bath - guide chapters 1 2 3 4

City tours, excursions and tickets in Bath and surroundings

Survived castles around Bath
♥   Castle 'Newton St Loe Castle' , 6.4 km from the center. On the map

National and city parks around Bath
♥   Park 'Prickly Pear' , 99 km from the center. On the map

Art galleries in Bath and around
♥   Art museum 'Holburne Museum of Art' Bath, 0.3 km from the center. On the map

Sights around Bath from our guide 'Extreme places on Earth' 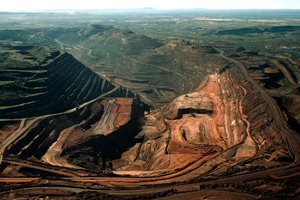 Distance from Bath center - 67.8 km.
Visitors are taken down the deep mineshaft in the elevator to depth of 90 meters. Miners caps are a must underground. Old workshops, a forge and even miners baths are open for everyone to see. A vast museum comlex which was formed in the vicinity of Big Pit quarry, includes an iron foundry building. Within its walls is a collection of unique items, including the stove of the 18th century and tools, whose age is more than one hundred years. … Read further 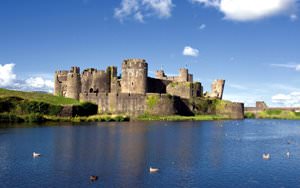 Distance from Bath center - 64 km.
The courtyard, from which one can best be graced by the preserved towers, is regarded as the most beautiful and interesting part of the castle. Some towers have partly destroyed. A tower is strongly inclined and it seems that it can collapse at any moment. During the excursion, visitors can stroll through the confused corridors and interiors that form the complex labyrinth. The extensive rooms of the castle are often used for painting exhibitions and other cultural events. In the old towers were the excellent exhibition rooms furnished. … Read further 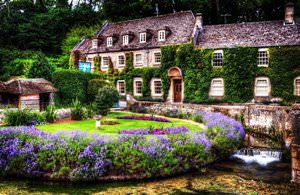 Distance from Bath center - 54.9 km.
In addition, there are several wonderful bakeries. In the morning, streets are filled with the aroma of freshly baked bread. Another gastronomic feature of the town is its delicious homemade ice cream, which you can try at one of the local cafes. The charming English town has long attracted tourists. A romantic hotel is located in one of its most scenic areas, on the shore of the pond. Another pleasant addition to rest in Bibury is its hospitable environment. Local residents treat foreigners like dear guests. … Read further

Search touristic sites on the map of Bath

Sightseeing in regions nearby Bath

Bristol
Bristol is a picturesque English town that is distinguished by its fast lifestyle that stops neither on daytime nor at night. The main entertainments for tourists here remain the visiting of cultural and historical sights, and visiting multiple bars and restaurants that feature different cuisines and designs. One of the most valuable architectural sights of the city is the ... Open »
Cardiff
Cardiff is the youngest European capital. This is a city that perfectly combines best traditions of antiquity and modern trends. Today this is a modern university town, a large port and industrial center. In order to diversify the atmosphere of the city and make it more attractive for travellers, the port zone is home to numerous shops and restaurants. Today port is the most ... Open »
Southampton
Southampton is not just a port city in southern England. This is the so-called pearl, which has played an important role in the history of the whole Great Britain. This place has always attracted such famous people as William the Conqueror, Henry V, William Shakespeare, Isaac Watts and Jane Austen. The population of the city estimates 55 thousand of people, but each summer a ... Open »
Oxford
This modern city is such a busy metropolis that it seems life does not stop here even for a minute. For more than eight centuries Oxford is a major research and training center, which is known throughout the world. Largest choice of great restaurants, attractions, rich selection places of interest, and amazing natural beauty - these are the main points that make tourism in ... Open »
Reading
This is an ancient city, first mentions of which belong to the 8th century. At that time this was a small village, which was mostly developing due to the foundation of the Abbey. However, just several centuries after the foundation Reading was already one of ten largest cities of the country. In the 18th century large deposits of iron ore were discovered near the city. This ... Open »
Portsmouth
After visiting all models you can visit one of the local shops that offer large selection of souvenirs and miniature models of ships. Souvenir shops will become a true finding for fans and collectors of marine theme items. Another attraction is Portsmouth's house where lived the famous writer Charles Dickens. It was converted into a museum, which still keeps the decoration ... Open »

All about Bath, Great Britain - sightseeings, attractions, touristic spots, architecture, history, culture and cuisine. Prepare your trip together with OrangeSmile.com - find out the 'must see' things in Bath, which places to visit, which excursions to take, where the breathtaking views are waiting for you. Planning your trip with this travel guide will help your to get the most out of Bath in few days.