Sightseeing in Newcastle - what to see. Complete travel guide 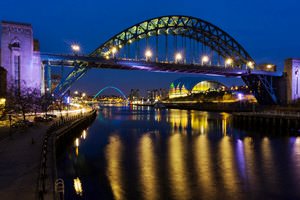 It’s a large industrial city located in the lower reaches of the Tyne River. The son of William the Conqueror, Robert II Duke of Normandy, was the founder of the city. First mentions of Newcastle date back to 1080. Initially a new castle was built on the territory of the modern city. The castle was built mainly for the storage of salt and coal mined in the area, but it also gave the name to this city. Besides the fact that the region was rich in metal, salt and coal deposits, it also amazed visitors by the splendor of nature - here are many beautiful lakes and specious meadows.
Shopping in Newcastle - main shopping streets, outlets and boutiques
Newcastle is striking with a variety of shops - interesting shopping spots are found literally at every step in the city. Here you can find prestigious designer boutiques selling exclusive …

Open
Newcastle is popular among tourists. This is very cheerful and noisy city. The rest in this city will be definitely loved by those, who love energetic parties - there are plenty of discos, bars and nightclubs in Newcastle. Quite often musical performances are held directly on squares. Naturally, the majority of visitors are young people. The Bigg Market is the best destination for nightlife lovers. The choice is really huge - from modern disco clubs full of modern equipment to small and cozy bars. One of the most popular venues of New Castle is Club Tuxedo Royal, which is opened on the board of the ship.
In addition to noisy parties, the city offers an excellent selection of theater plays. Such well-known troupes like the Royal Shakespeare troupe and the National Opera Troupe often perform in the theaters of Newcastle. Besides this, the city occupies the leading position in Europe by the number of shopping malls and stores. One of the newest and most popular ones is the Eldon Square center. Don’t forget to visit Mertocenter shopping center located near the city as this is one of the most visited centers here. Great restaurants, shops and parties – in Newcastle you will find anything a tourist may need. Copyright www.orangesmile.com
Family holidays with kids in Newcastle. How to entertain your child, things to show to children.
Newcastle will be a great place to spend active holidays with children. The city has many entertainment centers, beautiful parks, and interesting attractions. In the warmer months, active …

Open
Fans of historical attractions have the opportunity to visit Hadrian's Wall. This is the name of partially preserved defensive structures erected in the days of the Roman Empire. The scale of this structure is really impressive: originally its length was about 120 km. The wall is named after Emperor Hadrian, and its extensive pieces have survived until the 18th century. Many parts of the defensive fortification were destroyed during the construction of roads in the 18th-19th centuries. Small fragments that have been preserved got the status of important historical sites. 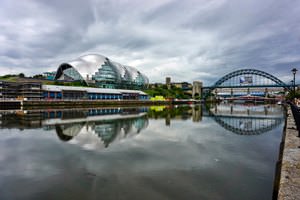 An important local religious monument is the Cathedral Church of St Nicholas. The very first wooden church on its site was built in the 11th century, and in 1216 it was completely destroyed by fire. The new stone cathedral was erected here only by the middle of the 14th century. Like many years ago, today its important feature is a high openwork tower. Built in 1448, it has been served as a lighthouse for many years. Within the walls of the cathedral, you'll find many unique valuables, including ancient sculptures and decoration elements dating back several hundred years.
Cuisine of Newcastle for gourmet with top restaurants and cafe
Residents of Newcastle are big fans of hearty meat dishes. Besides, you can always try potato dishes and traditional Fish & Chips at regional restaurants. A classic of the regional cuisine …

Open
In the heart of Newcastle is the beautiful Cathedral Church of St. Mary, which is also of great interest from an architectural point of view. This is the highest church in the city. Its spire rises to a height of 70 meters. The church built in the middle of the 19th century is a vivid Neo-Gothic-style monument. During the Second World War, the church building was badly damaged, almost all of its unique stained-glass windows were destroyed. After the war, the original interior of the church was fully restored. 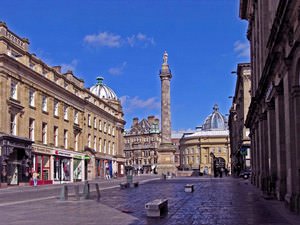 The city is particularly interesting with its bridges, the most famous of which is the Gateshead Millennium Bridge. The bridge connects Gateshead and Newcastle. The design of this spectacular modern bridge is unique. It consists of two main arches, which can be rotated about their axis by 40 degrees. Such a design allows large vessels to easily pass under the bridge. A lot of tourists regularly come to observe the work of this tilt bridge. The amazing bridge got the unofficial name of "Blinking Eye Bridge" for the unusual design of its arches.

This guide to iconic landmarks and sights of Newcastle is protected by the copyright law. You can re-publish this content with mandatory attribution: direct and active hyperlink to www.orangesmile.com.
Newcastle - guide chapters 1 2 3 4 5 6 7 8

Shopping streets in Newcastle
♥   Shopping area ' Northumberland Street' Newcastle upon Tyne, 0.3 km from the center. On the map

♥   Shopping area 'Grainger Town' Newcastle upon Tyne, 0.5 km from the center. On the map

Survived castles around Newcastle
♥   Castle 'NewCastle' , 0.6 km from the center. On the map

National and city parks around Newcastle
♥   Regional Park 'Stones Country' , 67.3 km from the center. On the map

Sights around Newcastle from our guide 'Extreme places on Earth' 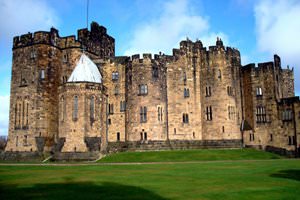 Distance from Newcastle center - 49.5 km.
Over the past few years, Alnwick has attracted more tourists than it did 10 years ago. One reason for this is his brilliant 'film career'. The unique castle served as a prototype of the fictitious Hogwarts Castle where the young spell was learning Harry Potter. Today, fans of the film come to the castle to stroll along the green meadows or to organize the picnic in the shade of hundred-year-old trees. In the summer many interesting attractions are offered in the garden near the castle. … Read further 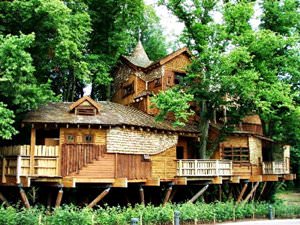 Distance from Newcastle center - 49.3 km.
The founders of the beautiful modern park are the Duke and the Duchess of Northumberland. They ordered the construction of a huge house on trees. Currently, one of its main attractions is a restaurant, which can accommodate up to 120 guests at a time. It is often used for celebrations and banquets. Also visitors of the unusual sight will have an opportunity to relax in a cosy bar and stroll around the surrounding bridges, from which it is very convenient to admire the panorama of the surroundings. … Read further

Search touristic sites on the map of Newcastle

Sightseeing in regions nearby Newcastle

Sunderland
Hilton Castle is an undoubted attraction of the town. The castle was the official residence of the Hiltons until 1746. Later the building was turned into a parish school. Built in 1066, the castle was initially made of wood. In the beginning of XV century it was completely reconstructed in stone. In the XIX century the castle’s design acquired the traits of the Gothic ... Open »
Durham
Travelers can reach Durham from the nearby city of New Castle. It is located approximately half an hour away from the British “northern gem”. If you travel by car, choose route A1. If you prefer to travel by train, it is possible to reach Durham from London, Birmingham, Edinburgh, and York. There are roughly sixty trains that move between these cities and Durham every ... Open »
Middlesbrough
Middlesbrough is a modern city in Great Britain, which is famous as a university center. The life in this modern city is nothing similar to the life in Middlesbrough even a few decades ago. The beginning of the century was the period of rapid growth of Middlesbrough, turning it into a major industrial center of the country. However, even nowadays you still can see old buildings ... Open »
York
Clifford’s Fortress is one of the most notable buildings of York. The towers of this fort feature stunning panoramic views of the city. Several halls of the fort are devoted to keeping collections of historic artifacts. In this fort often take place various excursions and lectures devoted to the history and development of York. Among the exhibits are collections of Ancient ... Open »
Leeds
Among main sights of the city are Royal Arsenal with large exhibition of different collections (items devoted to knights times and knights tournaments, war time, hunting) and City’s Picture Gallery with a large collection of pictures of XX century. Modern Leeds attracts people by its history, its constant flexibility and ability to fit modern life. Today this is a city full ... Open »
Edinburgh
The Writers' Museum. The Writers' Museum is located in a narrow street. Portraits, manuscripts and personal items, that are exhibited there, will provide visitors with information about life of such famous writers as Robert Burns, Walter Scott, Robert Luis Stevenson. Besides that, the museum is the location of specialized exhibitions devoted to other famous Scottish ... Open »

All about Newcastle, Great Britain - sightseeings, attractions, touristic spots, architecture, history, culture and cuisine. Prepare your trip together with OrangeSmile.com - find out the 'must see' things in Newcastle, which places to visit, which excursions to take, where the breathtaking views are waiting for you. Planning your trip with this travel guide will help your to get the most out of Newcastle in few days.