Sightseeing in Wolverhampton - what to see. Complete travel guide 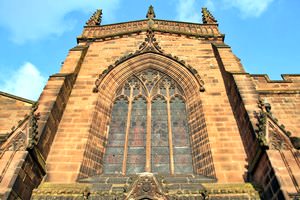 Wolverhampton is a city located in England, in the north-west of West Midlands country. This place has a status of the city.

Wolverhampton was included into West Midlands country in 1974 after a series of reforms. Prior to that the city was a part of Staffordshire country. Today the square of this city estimates 69 sq. km; Wolverhampton borders with Staffordshire on north-west, with Walsall on east and with Dudley on south. The population of Wolverhampton reaches 236 thousand of people.
Your active city break in Wolverhampton. Attractions, recreation and entertainment - best places to spend your day and night here
You'll certainly love holidays in Wolverhampton if you're a fan of active pastime will. Beautiful parks, elite golf centers, a variety of sports complexes and colorful clubs can make every …

Open
The city is run by the council that consists of 60 deputies, who have been chosen by elections in 20 districts. The latest elections’ results have granted 28 seats to the representatives of the Laborite party.
Wolverhampton is considered one of the most beautiful cities of the Great Britain.

The local university plays a significant role in the life of the city. Even though it was founded just in 1992, the university occupies a good place among institutions of the Great Britain. In order to raise the quality of education in the University of Wolverhampton, two new educational centers were opened here in 1997. These centers are equipped with libraries, audio rooms, video halls, and computer classes. The university pays much attention on the development of modern technologies and tries to use them in educational process to adapt students to conditions of the modern world. Copyright www.orangesmile.com
Advices to travellers: what you should know while being in Wolverhampton
1. It's best to exchange currency well in advance of travel. The exchange rate offered by local banks is quite unfavorable, while a large commission is charged for the services. The …

Open
In the city there are many beautiful historical buildings, a significant part of which was built in the early 20th century. One of the most beautiful architectural masterpieces is the St. Peter’s Collegiate Church. It was built in the 15th century and has been the residence of the bishop for more than 500 years. 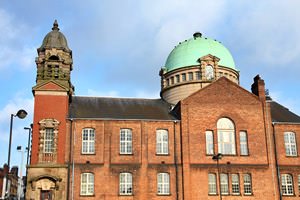 Fans of painting will have an opportunity to visit the Art Gallery, whose opening took place in 1884. Today, the gallery is very popular among fans of pop art. Within its walls, the largest collection of art masterpieces in this style is collected in the country.
Extraordinary weekend in Wolverhampton - unusual places, services and attractions for travel gourmet
…

Open
One of Wolverhampton's most unusual attractions is the Black Country Living Museum. Its exposition is devoted to the industrial theme. The museum tells visitors about the main innovations that brought industrial revolution to the way of life of people. Among the exhibits of the museum, you can see various industrial accessories. The museum also has a large collection of old photographs. A significant part of the exposition is devoted to environmental problems. Visitors can clearly see how the local landscapes have changed the construction of industrial establishments. 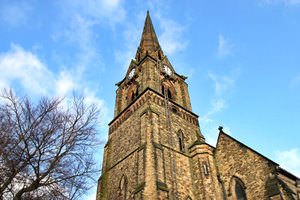 Another reminder of the industrial revolution is the beautiful Wightwick Manor. It was built in the beginning of the 20th century by one of the most prosperous industrialists of the city, Theodore Mander. The luxurious mansion in the Victorian style has survived to our days in its original form. Now, the ancient building is associated with many interesting legends and terrible stories. In the mansion, it was possible to preserve the settings of previous years as much as possible. Within its walls, there are collections of antique furniture, works of art and possessions that once belonged to the owners of the mansion. Locals believe that the spirit of Theodore Mander dwells in the house even now and carefully monitors the order in it. No less interesting than the old mansion itself, is the surrounding garden. In it you can see beautiful century-old trees, and also interesting landscape ornaments, whose age is also more than one hundred years.
Wolverhampton design-hotels for stylish travellers
One of the most outstanding designer hotels in the city is the Mercure Wolverhampton Goldthorn Hotel. Its rooms are decorated in coffee and beige colors and can boast of exquisite designer …

Open
For those who like to walk in picturesque places, it is worth looking into the beautiful rose garden of David Austin. In this magnificent garden, grows dozens of species of roses and other beautiful ornamental plants. In the warm season, peacocks always walk through its territory.

This guide to iconic landmarks and sights of Wolverhampton is protected by the copyright law. You can re-publish this content with mandatory attribution: direct and active hyperlink to www.orangesmile.com.
Wolverhampton - guide chapters 1 2 3 4 5 6 7 8 9 10

Survived castles around Wolverhampton
♥   Castle 'Dudley Castle Dudley' , 8.7 km from the center. On the map

Art galleries in Wolverhampton and around
♥   Art museum 'Barber Institute of Fine Arts' Birmingham, 20.3 km from the center. On the map

Sights around Wolverhampton from our guide 'Extreme places on Earth' 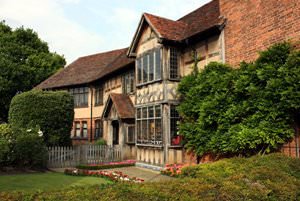 Distance from Wolverhampton center - 52 km.
In the living room is presented the collection of valuable antique furniture. This is one of the few rooms in which the original stone floor has been preserved. In the dining room one can see the beautiful old Gobelins, and on the first floor are the bedrooms of all family members. William Shakespeare was born in 1564 in one of the bedrooms with the splendid furnishings. This room preserves the old baby bed and even a collection of unique toys. After visiting the antique collection, you can walk through the garden, which today looks as beautiful as it was centuries ago. … Read further 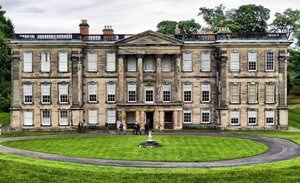 Distance from Wolverhampton center - 51.5 km.
The Abbey is surrounded with a forest that is a significant natural park with rare deer and other wild animals. Throughout the year the old priory holds a number of interesting events – festivals, holidays devoted to the national cultural life. The best time for visiting is the eve of the important national holiday. The house is open for the excursions for a twelvemonth. … Read further

Search touristic sites on the map of Wolverhampton

Sightseeing in regions nearby Wolverhampton

Birmingham
In this city you can find all architectural styles that look very naturally together, making the city unforgettable and uniquely beautiful. The center Birmingham is the location of the International Convention Center that is widely known and popular for its beauty and refined design. Moreover, here you can see many important political meetings. From time to time famous ... Open »
Coventry
The school building is one of the sights of the city that is highly recommended to visit. The school was built in 1100. Initially the building was occupied by a church, and starting from 1557 – by a Catholic classic school. Among the most famous religious facilities of the city we should mention St. John Church built in 1344 by order of Queen Isabella. In the 16th century ... Open »
Leicester
Nowadays Leicester is a typical English city with an old center full of buildings made in the Victorian style and a new city with modern quarters located closer to suburbs. The historic part of the city features numerous beautiful buildings of XVIII-XIX centuries. They include the city’s municipality The Guildhall, Maria de Castro Church, the first hotel of Leicester The ... Open »
Nottingham
Of course, this festival is the largest and most well-known one, but in Nottingham are organized other no less exciting activities - Lawrence Festival, the Big Ballet, Dance Festival, the annual Goose Fair, British Art Show and many other fascinating events. Among the architectural sights of this place we should mention Town Castle, built in the 11th century, as well as ... Open »
Chester
Founded more than two thousand years ago by the Romans, Chester is, certainly, one of the most interesting cities of Britain. You will find here the proofs of the ancient creation of the city – the ruins (approximately 3.5 km) of the ancient city wall, the ruins of the amphitheater and the remains of the ancient bridge. The city perfectly mixes all cultures that have left ... Open »
Sheffield
Each street of the city keeps the memory of most important events in its history. Here you will find the ruins of the castle built in the XIII century. This place was a prison of Mary Queen of Scots in 1571-1583. The castle, which has belonged to the Duke of Norfolk, is also a truly interesting place. The local Museum of Antiquities is a source of great pride for residents of ... Open »

All about Wolverhampton, Great Britain - sightseeings, attractions, touristic spots, architecture, history, culture and cuisine. Prepare your trip together with OrangeSmile.com - find out the 'must see' things in Wolverhampton, which places to visit, which excursions to take, where the breathtaking views are waiting for you. Planning your trip with this travel guide will help your to get the most out of Wolverhampton in few days.