Preparing your trip to New Orleans: advices & hints - things to do and to obey 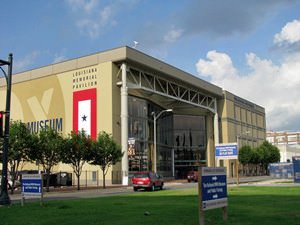 1. Touring enthusiasts should better cruise the city on foot as the most important spots of tourist interest are located in close vicinity to each other. Ladies should not wear high heels as the quality of roads is not favorable for such footwear.
2. Tourists limited in time and desiring to observe the most significant landmarks should take a trip on local tram. Its route runs through the central streets of the city thus passing all the landmarks and sight. The cost of the trip will be about 1.3 USD.
3. The optimum means of city transport apart from the tram is a bus. During the weekdays it runs through the city almost 24/7. On weekends the buses run far less frequently. A ticket for a trip should be bought in specialized stalls or directly from a bus driver.
4. Tourists can rent a car in one of the rental centers. The cost of the car rent will totally depend on a chosen car brand. One will need passport, international driving license and a credit card with enough of limit to cover the rent.
5. Travelers should keep to simple safety precautions. One should not keep by oneself valuable things, substantial sums of money when setting off to the city exploration. At nighttime only central streets are safe for hiking meanwhile remote areas can be explored only with a guide. Copyright www.orangesmile.com
6. Almost all shopping centers, super markets and boutiques accept international credit cards. Upscale restaurants, filling stations and hotels accept cashless transfers as well. Cash will be in use in small shops and boutiques located far from the city center, in budgetary restaurants and eateries and at the markets.
7. Drivers should take into account that during daytime the central road traffic is rather jammed and challenging in the city. Setting off to the important business meeting one should give oneself extra time. A tram will be a perfect alternative to a car in this case. Ferry is still a popular transportation means in the city. These cruise the river at 15 minute intervals.
Cuisine of New Orleans for gourmet with top restaurants and cafe
New Orleans is a real paradise for gastronomy tourism admirers. The city offers more than a thousand of restaurants and cafes, bars and eateries which are daily visited by thousands of local …

Open
8. The most profitable way to pay for purchases and services is national currency. The currency can be exchanged in any bank or private exchange office. One should specify not only the exchange rate but a transaction fee in advance as different banks charge different fees.

Preparing your trip to New Orleans: advices & hints - things to do and to obey You can re-publish this content with mandatory attribution: direct and active hyperlink to www.orangesmile.com.
New Orleans - guide chapters 1 2 3 4 5 6 7 8 9

What to visit being in New Orleans - unique sights 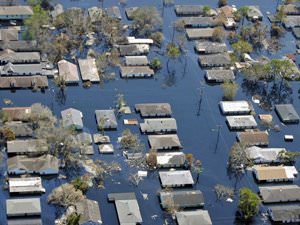 Distance from New Orleans center - 0.8 km.
Notwithstanding the severe conditions of the state, locals are the merriest in the whole country. When they get known about the natural disaster, they begin to board up doors and windows. In the morning or when the disaster is over they start to rebuild their houses. When disasters don't bother the city, there are held wonderful street festivals. The city is full of fun and happiness. The city hasn't special proofing from the flooding. It is possible to save the city from the ocean activity but it is hard to prevent the subsidence. … Read further 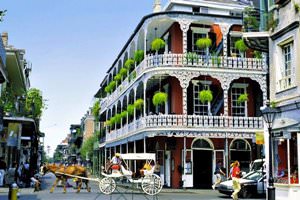 Distance from New Orleans center - 1.1 km.
In 1965, National Historic Landmark ranked the French Quarter among the most important historical monuments of the US. In the 20-ies of the last century, it was officially banned to construct any new buildings in the historic district. In the late 19th century, there were two large fires in the French Quarter, during which many buildings were destroyed. Through the efforts of citizens constructions were fully restored. Like many years ago, the area features unique historic atmosphere. History of one of the city's major festivals - Mardi Gras - is closely connected to the French Quarter in New Orleans. During a walk through the historic streets, you will notice threads with colorful beads on the fences of many balconies. Such beads are among the main symbols of the festival. … Read further

Tips for the cities around New Orleans

Houston
2. Tipping is accepted; tip is left literally everywhere. Be sure to leave small cash reward to waiters, hairdressers and taxi drivers; 10-15% of the total bill will be optimal. 3. Those who expect to dedicate a lot of time to shopping trips have to remember that commercial establishments have a strict schedule here. Major shopping centers usually open no earlier than 9:30 ... Open »
Memphis
2. The system of public transport is presented with a branched bus and trams net. A cost of a trip in public transport will be about 1 – 1.5 dollars. Public transport is convenient for traveling only during weekdays as during weekends buses are rather rare and the route can be changed. 3. The most favorable season for visiting Memphis is considered to be autumn as it ... Open »
Atlanta
2. Travelers should not use the services of illegal taxis. Inexperienced travelers can easily become the victims of scammers and thieves. 3. You should not appear on the streets of the city in a drunken state. This will cause confusion among the local residents and can result in major penalties. 4. If you have lost your documents, credit cards and other personal ... Open »
Dallas
2. Tourists who expect to rent a car should keep in mind that there are always big traffic jams during the "rush hour" in the central streets of Dallas. In the morning the main stream of cars moves in direction of the center, and in the evening - from the center. 3. Spring is considered a rainy season. During this time of year excursion program can be disturbed by ... Open »
Tampa
2. The city has an extensive non-cash payment system, so there is no need to bring large sums of cash. You can pay with credit card in almost all major restaurants, hotels, stores and gas stations. 3. The city has a good public transport system; it is possible to move freely throughout the territory of Tampa. It is worth renting a car only in case of traveling in a large ... Open »
Orlando
2. The most convenient way to cruise the city is by car. A vehicle can be rented in one of numerous rental centers of the city. The most popular centers to rent a car are considered to be the Alamo, Enterprise Rent-EZ-car, Avis and “L&M rent a car” ones. Landmarks and sights as well as entertaining spots of the city are located far from each other that is why a car will be ... Open »

Travelling to New Orleans - advices and tips. What should be provisioned in advance, the rules you might want to follow, and the things you better avoid doing in New Orleans. We help you to make your trip smooth and easy, with no unexpected surprises.