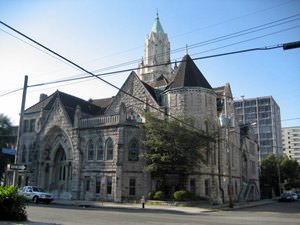 The city of New Orleans has a great many of symbols and unique cultural traditions and customs. These are reflected in local gastronomy, folk music, art and original ethnic fests and holidays. Considering gastronomy peculiarities of the city a culinary metaphor of Gumbo stuff should be mentioned. Gumbo is an ethnic treat being one of the most popular New Orleans dishes. The main feature of the dish is an exquisite fusion of various ingredients in one pot.
Family holidays with kids in New Orleans. How to entertain your child, things to show to children.
In New Orleans, tourists can have fun day and night, and vacationers with children will find many interesting things to do. The city has several great amusement parks, including the …

Open
Culinary experts often compare gumbo to traditional African soups. Currently there are more than several dozens of recipes of gumbo known to local folks. Some cooks offer original gumbo treat made of thorny lobsters, crabs and shrimps, meanwhile other cooks prefer add this aroma soup of sea foods with slices of sausages.
Many tourists consider New Orleans to be the Jazz capital of the world. According to one of the theories this popular music trend takes its roots from this area. When modern music fans talk of genuine American jazz they then mean the music which appeared in New Orleans by the end of the 19th century. A founder of the music trend is considered to be Buddy Bolden. Copyright www.orangesmile.com
Cuisine of New Orleans for gourmet with top restaurants and cafe
New Orleans is a real paradise for gastronomy tourism admirers. The city offers more than a thousand of restaurants and cafes, bars and eateries which are daily visited by thousands of local …

Open
The guy was born and grew up in New Orleans, worked as a hair stylist for all of his life and ran a small bar being an established place for friendly meetings with his mates. The bar was exactly the place for holding first jazz parties. In 1893 Buddy founded his own jazz-band named Buddy Bolden"S Ragtime Band which lasted for 14 years and got immense popularity among thousands of fans. New Orleans was a birth place of another prominent personality being Marie Laveau. She was known to general public as Voodoo Queen. Her tomb is on the ancient cemetery attracting thousands of curious tourists from all over the world. 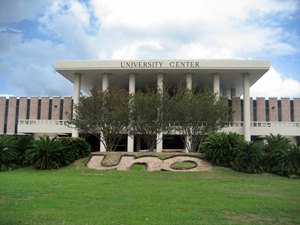 Many tourists visit the tomb to ask mighty Marie for a piece of advice, other people charge their amulets with strong energy and ask the lady to give the amulets mystique power. The city has preserved a house where Marie Laveau lived. The house is as well a subject of numerous legends and mystique beliefs. Even though the Voodoo Queen died more than a hundred years ago many local people believe that her spirit is still present in the city and still keeps ascendance over the city and its folks. Mystique and unique city of New Orleans keeps lots of surprising events, places, traditions and customs for its guests.
Excursion over cultural sights of New Orleans - 'must visit' points of interest
Each quarter of New Orleans is a piece of unique culture and focus of significant historical monuments and landmarks. One of the highest tourist interest districts of the city is still the …

Open
One of the surprises is the largest festival in the United States dedicated to African-American art. The event is called simply "Essence" and is held at the beginning of the second summer month, usually before Independence Day celebrations (therefore, the dates can also fall at the end of June). Every year, the festival attracts famous headliners. Stevie Wonder, Beyonce, Janet Jackson, Lionel Richie have already been among them. Its popularity is evidenced by the number of visitors: about 400 thousand people every year. The main venue is the Mercedes-Benz Superdome Stadium. The Ernest N. Morial New Orleans Convention Center and the city's central streets concentrate the rest of the program. Besides music, visitors can enjoy master classes and culinary tastings. 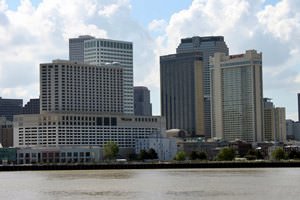 An equally colorful festival is the Madri Gras Carnival, which typically takes place at the end of February or the beginning of March (the date depends on Ash Wednesday marking the beginning of Great Lent). The festival owes its existence to the French who introduced the tradition of celebrating "Fat Tuesday" (this is how the event's name translates). For this reason, the French Quarter becomes the venue (the main actions take place on Bourbon Street). The celebration involves a parade led by the King and Queen of the Carnival who throw out sweets and jewelry made of plastic to the audience, and delighted spectators are happy to catch them all. And all this is accompanied by jazz accompaniment whose sounds can be heard from all over the city.
Your active city break in New Orleans. Attractions, recreation and entertainment - best places to spend your day and night here
After historical destinations exploration new Orleans invites its guests to visit numerous entertaining establishments. There is a marvelous zoological garden named Audubon which has created …

Open
In early August, with the Satchmo Summer Fest, New Orleans celebrates the birthday of its famous native - Louis Armstrong ( born on August 4). The fest owes its name to the famous trumpeter's nickname. The permanent venue for the event is the New Orleans Mint (currently occupied by the Jazz Museum). At the festival, you can hear not only classical jazz but also modern jazz, as well as the so-called big band. Besides that, children can show all their skills on a separate stage set up especially for young jazzmen. In late April, a no less significant event in the world of jazz - the New Orleans Jazz & Heritage Festival - is traditionally held at Fair Grounds Race Course. Besides jazz, here you can listen to related genres such as Latin, country, rock, blues, funk, soul. 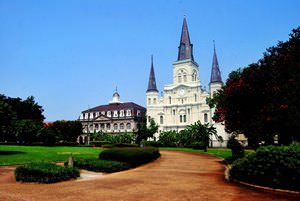 Another festival is held just after Louis Armstrong's birthday - the Whitney White Linen Night, often referred to as the Julia Street Block Party (because it takes place on Julia Street). The event is dedicated to art in all its manifestations. Magnificent art exhibitions open in the festival area. There is one condition to participate in the festival: one needs to be dressed in white linen clothes. Be sure to take such vestments with you on a trip if it coincides with the fest. In early June, you can witness the main gastronomic event - the Oyster Festival taking place in Woldenberg Park located right at the picturesque Mississippi River. You can visit it for free, and the entertainment includes tastings, workshops, and music performances.

This guide to traditions and festivals in New Orleans is protected by the copyright law. You can re-publish this content with mandatory attribution: direct and active hyperlink to www.orangesmile.com.
New Orleans - guide chapters 1 2 3 4 5 6 7 8 9

Cathedrals and basilicas near New Orleans
♥   Cathedral Basilica of St. Louis King of France, New Orleans, 2 km from the center. On the map

♥   National Shrine of Blessed Francis Xavier Seelos, New Orleans, 2.9 km from the center. On the map

♥   National Votive Shrine of Our Lady of Prompt Succor, New Orleans, 3.2 km from the center. On the map

Colors of New Orleans in photos

Traditions and festivals in cities around New Orleans

Houston
The festival of Greek culture is also notable among annual holidays; it is always accompanied by an abundance of interesting entertainment options. Festival guests can visit most interesting art exhibitions and concerts, get acquainted with features of Greek cuisine and stroll through the colorful fairs, where a decent selection of national souvenirs and refreshments can be ... Open »
Memphis
The festival starts in early May and traditionally its opening features exciting Beale Street Music concerts. An established place for holding of the fest is the Beale Street. This is exactly the place where the monument commemorating music legend Elvis Presley is located. The large stages are placed around the monument to hold the performances of different music bands. The ... Open »
Atlanta
Numerous festive activities take place in the city on Christmas Eve. At this time of a year Atlanta is always crowded with travellers. The city’s streets are decorated with sparkling garlands, balloons and beautiful figurines depicting Christmas characters. On the eve of the holiday you can become a witness of a grand parade, various concerts and firework shows. The holiday ... Open »
Dallas
The most important thing in life is self-realization. It is something they wish to all relatives and friends first. But even if plans haven't been realized until a certain age, that's okay. The thing is that here mature age is not treated as something inevitable and terrible: thus, it's not too late to start a business or even enroll at a university at the age of 80. And this ... Open »
Tampa
The Golden Age of city’s industry was during 19-20th centuries; at that time numerous cigar factories began to open up in Tampa. It is worth noting that nowadays Tampa continues to be associated with high-end tobacco products that many tourists buy as souvenirs. In the late 19th century a huge number of workers from Latin American countries and Cuba arrived to Tampa; the ... Open »
Orlando
Beer lovers will surely like this holiday because more than 70 breweries from various countries have annually participated in the festival since its first years. Visitors to the festival are invited to diversify the tasting of original dishes by attending music concerts, art exhibitions, and other entertainment events. Usually, the Seven Seas Food lasts for a very long time, ... Open »

Cityguide on traditions, mentality and lifestyle of people in New Orleans. Learn the best periods to visit New Orleans to discover its soul - authentic festivals, events and celebrations. We will also reveal the interesting habits, attitude towards the world and to tourists in New Orleans.