Preparing your trip to Atlanta: advices & hints - things to do and to obey 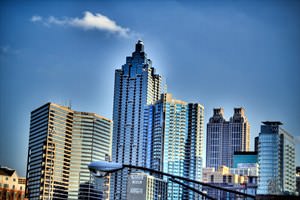 1. The best way to make a walk to remote areas or ethnic neighborhoods of the city is together with a large company or in a guided tour with a group of tourists. Do not take large sums of cash and do not wear jewelry for such excursion.
2. Travelers should not use the services of illegal taxis. Inexperienced travelers can easily become the victims of scammers and thieves.
3. You should not appear on the streets of the city in a drunken state. This will cause confusion among the local residents and can result in major penalties.
4. If you have lost your documents, credit cards and other personal items, or they have been stolen, you should immediately contact the nearest police station. The city has special police station for tourists. Their phone numbers and addresses can be found in any phone book.
5. The travellers, who expect renting a car and travelling around the city on their own, need to remember several very simple rules. Under no case they should pick up travel companions and make stops on the way without any serious need. You should continue your movement, even if there is a small accident on the road. Copyright www.orangesmile.com
6. The non-cash accounting system is very well developed in the city. You can pay by your credit card in all shopping centers, supermarkets, cinemas and restaurants, so carrying large sums of cash is not necessary.
7. If you plan to use cash for your payments, it is better not to use money in large denominations (50 and 100 dollars). Small shops and cafes are usually not equipped with the system for testing the authenticity of banknotes, so the client’s money can simply be not accepted. The reason for this is in the fact that high-denomination banknotes are often counterfeited.
Family holidays with kids in Atlanta. How to entertain your child, things to show to children.
Atlanta is perfect for resting with the youngest children and teenagers. There are many entertainment and leisure centers in the city. The most visited sight of Atlanta, known far beyond the …

Open
8. The city is often the location of various uprisings and campaigns. Tourists are also welcome to participate in some of them (for example, animal protection or anti-smoking campaigns). If the pickets are organized for political or racial issues, visitors should not interfere.
9. Those, who come to the city for the first time, are recommended to purchase a map that indicates main public transport routes. The city’s planning is quite difficult, so it may be quite hard to find a particular museum or a shop without a map.
10. The classification of hotels in Atlanta and other cities of the U.S. is significantly different from the system adopted in European countries. When choosing a hotel, it is better to specify the range of services offered.

What to visit being in Atlanta - unique sights 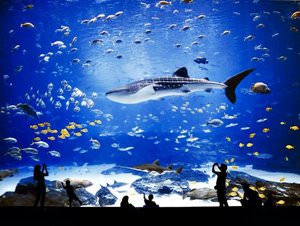 Distance from Atlanta center - 1.7 km.
One of the most impressive is the Ocean Voyager aquarium inhabited by four whale sharks. Its design features an acrylic tunnel, so it is incredibly interesting to observe the marine life. The Georgia aquarium offers a huge variety of educational tourist options. Fans of thrills can go diving and swimming in an aquarium with sharks. Talking about entertainment, it’s worth noting a possibility to spend a night in the aquarium. This is only a part of the surprises prepared for guests of one of the most incredible oceanariums in the world. … Read further

Tips for the cities around Atlanta

Memphis
2. The system of public transport is presented with a branched bus and trams net. A cost of a trip in public transport will be about 1 – 1.5 dollars. Public transport is convenient for traveling only during weekdays as during weekends buses are rather rare and the route can be changed. 3. The most favorable season for visiting Memphis is considered to be autumn as it ... Open »
Orlando
2. The most convenient way to cruise the city is by car. A vehicle can be rented in one of numerous rental centers of the city. The most popular centers to rent a car are considered to be the Alamo, Enterprise Rent-EZ-car, Avis and “L&M rent a car” ones. Landmarks and sights as well as entertaining spots of the city are located far from each other that is why a car will be ... Open »
Tampa
2. The city has an extensive non-cash payment system, so there is no need to bring large sums of cash. You can pay with credit card in almost all major restaurants, hotels, stores and gas stations. 3. The city has a good public transport system; it is possible to move freely throughout the territory of Tampa. It is worth renting a car only in case of traveling in a large ... Open »
New Orleans
2. Tourists limited in time and desiring to observe the most significant landmarks should take a trip on local tram. Its route runs through the central streets of the city thus passing all the landmarks and sight. The cost of the trip will be about 1.3 USD. 3. The optimum means of city transport apart from the tram is a bus. During the weekdays it runs through the city almost ... Open »
Indianapolis
2. All hotel complexes are equipped with standard American-style wall sockets. Line supply voltage is 110 V. Large hotels provide visitors with adapters on request or you can purchase them at any specialty store. 3. Documents, cash and other valuables should be kept in a safe in hotel room. When going out, do not forget to take a hotel card and a copy of your identity ... Open »
Florida
2. Tourists who plan to travel a lot within a state or come to rest as a great company are recommended to rent a car. While planning trips, it’s worth remembering that there are serious traffic jams on the main streets of major cities in the morning and in the evening. 3. The East Coast of the state is perfect for fans of beach sports, as local beaches are ideal for ... Open »

Travelling to Atlanta - advices and tips. What should be provisioned in advance, the rules you might want to follow, and the things you better avoid doing in Atlanta. We help you to make your trip smooth and easy, with no unexpected surprises.