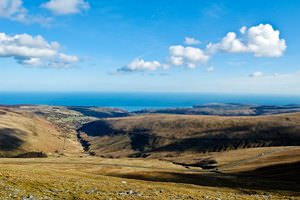 The British national cuisine is not distinguished by any refinement and delicacy. However, the country pays a great attention to the quality of the products used. The cuisine of the United Kingdom can vary greatly in different regions, including Northern Ireland, Wales, and Scotland. Nevertheless, there are several system-forming features that shape British cuisine and make it known all over the world. You can meet a local specialty in every region. In Scotland, it is worth to try oatmeal with meat and spices. A great lamb in mint sauce is served in Wales. Trout is special for Northern Ireland. Potatoes, fish dishes, beef, and various sausages are popular in the country. Much attention is paid to sauces.
Shopping in Great Britain - best shopping places, what to buy?
Tourists go to the UK not only to admire the delightful views or participate in fascinating tours. The country offers excellent opportunities for …
Read further
The British have a strictly regulated daily routine, which even local restaurants adhere to. Breakfasts start quite early, at 7-8 am. A traditional English breakfast is known all over the world. It includes scrambled eggs, bacon, sausages or pate, oatmeal, bread, vegetables, strong tea with milk or coffee. Such a hearty breakfast allows the body to wake up and gain strength before a long working day. The next meal is lunch,which takes place at 1-2pm. At that time, the British eat nutritious sandwiches. At 5 o'clock in the afternoon, the world famous English tea-drinking begins. This tradition arose in the British Empire. Rolls with raisins, jam, and cream complement tea. Recently, the tradition was often ignored due to the lack of time. Dinner in the UK begins after 7pm and consists of soups, mashed potatoes, and steaks with vegetable garnishes.
One of the most common dishes in the country is fish and chips. It is considered a local treat and is a key option in many eateries. Cod, flounder, haddock, and merlon, which are fishes with white meat, are often cooked. Dough is added to the dark English ale as a side dish. Potatoes, peas or pea puree are also served with a glass of ale. Another national dish that came from the Middle Ages, is the cornish pasty. That’s a pie with a hearty stuffing of meat or vegetables. The filling can be of chicken, beef, pork, vegetables or even fruits. Another no famous bakery is the shepherd's pie. It is cooked with potatoes and grounded beef. It can also be served as a casserole. Copyright www.orangesmile.com
Top chic accommodation you can find in the country
The luxury hotels in Great Britain, deserving attention of the most discerning traveler.
Read further
Roasted beef stands among the dishes of British cuisine. That’s a large piece of beef baked in the oven or on the grill. It is important that the meat is fresh and not freezed before. It should be the marble one. The meat is marinated, bound with twine and aged for 24 hours, after which it is baked. Garnish is not served with roast beef. The original treat is a soup of bull tails, in which vegetables and spices are added. English sausages are traditionally served with a favorite British garnish, mashed potatoes. Thanks to the Indian colonies, a new dish appeared in British cuisine. That’s Tikka Masala chicken in curry sauce. All these items are often served during the Sunday lunch, which traditionally consists of complex dishes. 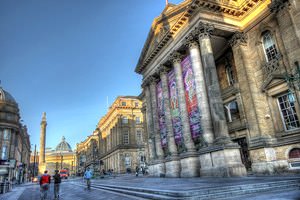 Oatmeal is a traditional breakfast. Most often, it is not made of oatmeal, but of oatmeal grits. As so, it retains its hale and vitamins. To give it a taste, dried fruits and jams are added. The Scottish cook a unique oatmeal with meat. This dish became one of the symbols of Scottish cuisine. In Scotland, you should try another specific treat - eggs in Scotch. They are boiled, covered with minced meat and fried in breadcrumbs. Yorkshire features a unique Yorkshire pudding with butter. It is served as a snack. Welsh cuisine is known for its pastries, which are numerous varieties of flat cakes and pancakes.
Most romantic hotels in Great Britain
The best hideaways for couples in love, as well as top hotels for wedding and honeymoon.
Read further
Throughout the day, the British take a break for traditional tea drinking. However, tea as is isn’t accepted in this country. Traditional rolls and sweets are served, with various puddings and pies among them.  English apple pie is considered one of the most famous desserts. It owes its appearance to Queen Sophia Charlotte, who adored apples in any form. Among the puddings, the most popular is a traditional pudding with raisins. Candied fruits, apples, dried peas, flour, rusks, and rum are also added. Among the beverages, black tea remains the main drink in the UK. Most often, it is drunk with cream or milk. Guinness beer, Scotch whiskey, Irish cream liqueur, cider, ale, and gin are popular alcoholic beverages.

Cuisine and restaurants in popular cities of Great Britain

London
Le Gavroche restaurant was opened over thirty years ago and it offers to visitors to taste delicious French delicacies and wine. The restaurant’s menu is regularly updated and supplemented by unique chef's masterpieces. Yauatcha restaurant is a great place to relax during a busy day full of sightseeing and walking. Besides traditional oriental dishes that are served here, you can order fragrant tea and various desserts. The basis of Rhodes Twenty Four restaurant's menu make up traditional … Read more

Edinburgh
Fans of unusual and exotic dishes should definitely try the national dish called "haggis". It is made of minced tripe, which is filled with oat flour. Such ingredients as onion, bacon and pepper are added to the dish. Then it is cooked in sheepskin rumen. Currently, there are many variations of this dish. It is cooked according to a special recipe. There are variations even for vegetarians. Potatoes or turnips are a usual garnish for this dish. Local residents cook haggis on a holiday which is … Read more

Blackpool
Fans of French cuisine simply cannot neglect Oliver's Bistro restaurant, which is distinguished not only by a large selection of dishes, but also by a beautiful decoration of the hall. Huge selection of meat dishes and first course dishes, fruit desserts and French wines – your visit to Oliver's Bistro restaurant will leave only most pleasant memories. When it comes to describing Chinese cuisine, Michael Wan's Mandarin Cantonese restaurant gets the most of positive feedbacks. This dining … Read more

Manchester
Italian cuisine admirers will love the Puccini's restaurant which is among the most popular gastronomy establishments in the city. The speciality of the Puccini's house is pasta. The eating house offers more than 10 variations of the treat. The restaurant will satisfy the most sophisticated gourmands tending to traditional cuisine, sea foods and rich meat dishes. The Bistro West 156 restaurant specializes in European cuisine. The restaurant serves the visitors from early morning till late … Read more

York
Mannion And Co is a perfect place to relax after a busy day full of sightseeing. This cafe is located near the center of the city. In addition to delicious desserts, Mannion And Co serves a wide selection of main course dishes and salads, as well as alcoholic and non-alcoholic beverages. Georgina's Cafe has become a permanent place of relaxation for both locals and tourists who enjoy gathering here every morning to try delicious fresh pastries and coffee. The dining facility specializes in … Read more

Glasgow
Charcoals restaurant dedicated to Indian cuisine welcomes guests until late in the evening. The signature dish of the restaurant is delicious curry. The restaurant’s menu is updated every season. Several times a week here are held interesting theme nights, during which guests can eat unusual dishes. Fans of seafood will be surely delighted with food, which is offered in Two Fat Ladies at the Buttery restaurant. In its menu you will find several dozens of unique fish dishes. Visitors also have … Read more

Birmingham
The Gough Arms is a no less attractive pub, which is also recommended for visiting. The pub offers a large selection of various drinks and snacks. There is a jukebox in the hall of the park, so guests of this place can always make their rest even more pleasant by ordering a favorite song. The Gough Arms is a perfect choice for the rest of a big company. By the way, visitors of this bar are usually advised to arrive as early as possible if they want to occupy the best seats. The opening of the … Read more

Liverpool
60 Hope Street restaurant is a perfect place to relax between interesting excursions. The restaurant’s menu includes dishes that are usually served in a classic European bistro. The Office restaurant is located in the business district of the city. It will be liked by tourists who prefer European cuisine. The restaurant’s hall is distinguished by its elegance. Employees from nearby offices remain the main visitors of this restaurant. Sometimes this place is visited by tourists, who come to … Read more