Cuisine of Aberdeen for gourmets. Places for dinner - best restaurants 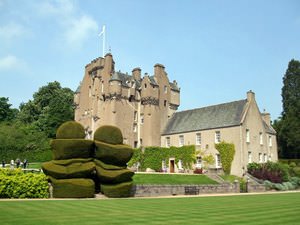 Meat dishes make up the basis of the menu of local restaurants devoted to the national cuisine. Many dishes here are cooked on an open fire. Scottish cuisine is reminiscent of the traditional English cuisine. Here are also popular such dishes as puddings and porridge. While visiting local restaurants make sure you try chicken in a pot and beef cooked in beer - these dishes are considered local delicacies. Restaurants of Aberdeen offer their guests various interesting soups. In addition to traditional meat and vegetable soups the menus of local restaurants contain a wide selection of pottages and goulash, which are cooked by skilled chefs in full accordance with ancient recipes. Meat soup with pearl barley and vegetables is one of the most popular dishes among locals and guests of the city.
Best hotel choice for romantic escape, wedding or honeymoon in Aberdeen
Old resort town of Aberdeen is literally created for a romantic stay, and the right choice of the hotel will make vacations even more comfortable. Copthorne Aberdeen housed in a renovated …

Open
Seafood occupies an honorable place in the national cuisine. The choice of dishes containing this ingredient is no less diverse. Fans of game will surely like pheasant in raspberry sauce, as well as partridge and venison, which are usually served with a garnish of berries. Local people have special dishes that are traditionally prepared for major holidays only. For example, on Christmas all local restaurants offer visitors to try a stuffed goose. Cranachan is definitely the most popular dessert, which can be ordered in local restaurants. The dessert consists of fried corn flakes, which are mixed with various additives - liqueurs, honey and berry syrups, fresh fruit or whipped cream.
Foyer Restaurant and Gallery is a popular holiday destination for fans of the national cuisine. Here you can relax with all family members or order a solemn banquet. In the evenings guests are entertained by musical performances. Musa Art & Music Cafe is simply a perfect restaurant for rest of a big company. Dishes representing national cuisine make up the basis of its menu. Fans of Chinese delicacies will surely like Zen Oriental restaurant, and fans of Indian cuisine are better to move their feet to Echt Tandoori restaurant. Mi Amore restaurant dedicated to Italian cuisine accepts its guests until late in the evening. During the evenings you will find entertaining music and dance performances in this restaurant. Many visitors come to the restaurant to have a lunch – in the daytime guests of the restaurant are offered to order dishes from a special budget menu. Copyright www.orangesmile.com
Shopping in Aberdeen - main shopping streets, outlets and boutiques
The main shopping street of Aberdeen is Union Street. Its length is about 1000 meters. On this street you can find clothing stores of popular European brands. You can visit a big Zara store, …

Open
Rowie pie is an interesting gastronomic specialty of Aberdeen. Travelers are recommended to try this meal at local restaurants and cafes. The pie has very little in common with the majority of similar products. It is somewhat reminiscent of a traditional French croissant and an oily pancake. The pie has a heavenly taste. Locals usually eat it together with jam or simply with butter. It is believed that wives of local fishermen invented the recipe of this quite simple and inexpensive pie. When their husbands set off for work for a day or even longer, wives gave them Rowie. Nowadays, it is possible to try this symbolic pie at virtually any café in the city. Bakeries also usually offer Rowie, as well as numerous supermarkets. 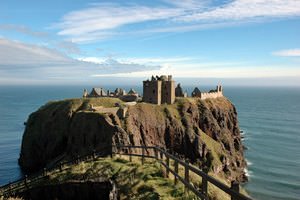 The national cuisine of Aberdeen is considered to be quite simple and affordable. Nevertheless, there are several luxurious restaurants in the city that will please even the most demanding gourmets. These restaurants specialize in high cuisine and offer rare delicacies from all over the world. Silver Darling is one of these high-class restaurants. Its menu will surely impress everyone who is keen on seafood and fish delicacies. It is a great place to enjoy fresh mussels or dozens of meat dishes. Besides that, this restaurant also offers the most famous varieties of vintage wine. The restaurant is open in a unique place near the coastline, and it is virtually surrounded by signature landmarks of the city.
Guide to Aberdeen sightseeing - things to see and to visit
Aberdeen is often called the city of granite, greenery and marine docks. This is a famous port city and an industrial region. In the 19th century Aberdeen was famous for its granite …

Open
It is safe to say that Soulbar is the most unusual dining venue in Aberdeen. This stylish and modern bar was opened in the building of an old Catholic church. The building has managed to retain its inimitable look, so the bar’s visitors can always admire gorgeous stained-glass windows, frescoes on the walls, and drawings on the ceiling. This bar offers popular sorts of beer and snacks in the national style. Besides that, the venue regularly organizes interesting entertaining programs for visitors. 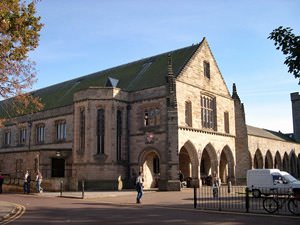 Ever since the opening, the bar has been raising controversy among local people as many of them think that it is completely wrong to use a building of a religious importance and change it into an entertainment venue. However, Soulbar has become very popular with travelers and local youth, so it has become one of the most frequently visited bars in the city. There is even a casino in the same building with the popular bar, and such an unusual entertainment complex is located in the heart of Aberdeen.

This guide to cuisine and restauraunt in Aberdeen is protected by the copyright law. You can re-publish this content with mandatory attribution: direct and active hyperlink to www.orangesmile.com.
Aberdeen - guide chapters 1 2 3 4 5 6 7 8 9 10 11 12 13

Where to go for dinner in Aberdeen: recommended cafe and restaurants

Michelin-starred restaurants in Aberdeen
♥   Restaurant 'Yatai' Aberdeen. Type - Japanese. 1.2 km from the center. On the map

♥   Restaurant 'Fusion' Aberdeen. Type - Modern cuisine. 1.5 km from the center. On the map

♥   Restaurant 'Rendezvous at Nargile' Aberdeen. Type - Turkish. 1.9 km from the center. On the map

♥   Restaurant 'Silver Darling' Aberdeen. Type - Seafood. 2.1 km from the center. On the map

♥   Restaurant 'Cock and Bull' Balmedie. Type - Traditional British. 14.8 km from the center. On the map

Searching where to eat - restaurants and cafe on Aberdeen map

Cuisine and restaurants in the neighbours of Aberdeen

Inverness
The hall of The New Drumossie restaurant is decorated in accordance with best traditions of Art Nouveau style. Visitors are attracted not only by uniquely designed interior, but also by diverse menu. The New Drumossie is the place where visitors can try the most popular dishes of the national cuisine. This place is especially popular among vegetarians. Rocpool restaurant ... Open »
Edinburgh
Fans of unusual and exotic dishes should definitely try the national dish called "haggis". It is made of minced tripe, which is filled with oat flour. Such ingredients as onion, bacon and pepper are added to the dish. Then it is cooked in sheepskin rumen. Currently, there are many variations of this dish. It is cooked according to a special recipe. There are variations even ... Open »
Motherwell
The Regale restaurant is perfect for evening recreation in a peaceful atmosphere. Here, you can spend your time with a glass of your favorite cocktail, taste rare whiskey and popular Scottish dishes, or have luxurious dinner. Although the menu includes a lot of nourishing meat dishes, the restaurant also offers vegetarian dishes. Electric is a stylish bar that is very ... Open »
Glasgow
Fanny Trollope's is an interesting restaurant dedicated to the national cuisine. Every night its halls attract big and noisy companies that come here to relax after a hard working day and enjoy their favorite food. During the daytime Fanny Trollope's restaurant offers visitors to select from a special budget menu, so there’s no wonder why the restaurant has gained a lot of ... Open »
Kilmarnock
In local cafes you can also try traditional shortbread and sweet sandwiches, various puddings are also popular sweets here. Local residents like to drink tea late in the evening; such tea drinking is actually considered the last meal of the day. Weston Tavern invites travelers to taste some popular regional foods. The restaurant occupies a very nice historic building; in ... Open »
Newcastle
Newcastle presents many restaurants of various profiles, and Big Mussel is considered a particularly interesting one. The house specialty is mussels prepared in a variety of ways. Guests can also try fish and rare seafood. Fans of meat dishes will find a suitable option for lunch or dinner, too. To complement the dishes, visitors are offered a wide selection of beer and ale, ... Open »

Travel notes on best cuisine and restaurants of Aberdeen (Great Britain) on OrangeSmile.com. Famous recipes and traditional dishes and courses in Aberdeen restaurants. Where to eat - our recommendations on popular places in Aberdeen, where you can taste delicious meal and also spend a good time with your friends.