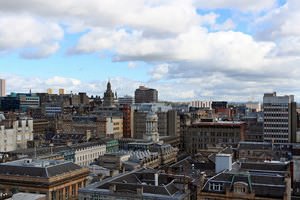 Tourists should not forget to visit the historic district of East End, which territory is the location of several important sightseeing objects. Here you will find St. Mungo Church and the ancient Tron Steeple Tower. Don’t forget to visit the church’s cemetery. This amazing sight of the early 19th century is the place where many outstanding political and military figures are buries. Nowadays the cemetery is a place of a great interest from an architectural point of view. The territory of the cemetery is also the location of beautiful sights by famous architects.
Best hotel choice for romantic escape, wedding or honeymoon in Glasgow
Glasgow is an ideal destination for weddings and honeymoons. The Hilton Garden Inn Glasgow City Center remains one of the most popular choices among couples. This hotel is located on the …

Open
You can perfectly combine the observation of famous architectural and historical sites with visits to various museums. The Burrell Collection Museum is a very popular excursion destination among tourists. The halls of the museum exhibit a luxurious collection of antique furniture, pottery, art and jewelry. The collection of the museum is considered one of the most beautiful in the world. Priceless artifacts have become available for public only in 1943, when the Burrell family presented them to the museum. Fans of theatre should not forget to visit Theatre Royal, which regularly hosts ballet performances and opera concerts. Quite a notable fact - the modern cultural center attracts a huge number of young people. The theater is nothing similar with those stiff institutions that can be seen in other cities.
Glasgow Royal Concert Hall is a no less popular cultural institution, which often becomes the venue for numerous musical events. Here visitors can get to a performance of a popular rock or jazz band, or attend a classical music concert. Speaking of attractive museums, we simply cannot fail to mention St Mungo Museum of Religious Life & Art. This is an original institution that provides its visitors with information on diversity of world religions. Here guests of the museum can see an interesting collection of artifacts associated with each religion. Copyright www.orangesmile.com
Shopping in Glasgow - main shopping streets, outlets and boutiques
Silverburn is the city's most popular shopping and entertainment center. Among its many shops, there are pavilions of famous European brands, as well as stores that offer clothes and shoes …

Open
Car enthusiasts will be genuinely interested to see the collection of Museum of Transport. The large-scale exhibition of the museum includes hundreds of car models that belong to different times, as well as a collection of models of urban transport. A part of the exhibition is occupied by a detailed model of one of the central streets of the city. Museum University of Glasgow also exhibits a very interesting collection that will be surely liked by the museum’s visitors. One of its halls is devoted to ancient coins. This collection will attract not only coin collectors, but also all curious travelers. Given the nature of the cultural institution, some of its halls are devoted to most striking inventions of Scottish scientists. This is only a part of the excursion sites that are recommended for visiting and that will surely leave many impressions.

In the section below, you can get one of our excursion, activities or city discovery tours over Glasgow and surroundings. Our website offers 10-30% lower ticket prices, when compared to the offline purchase on the spot.

Plan your own excursion through Glasgow: churches, museums and castles 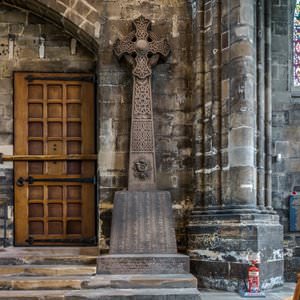 Facts:
» There used to be a small chapel on the site of the cathedral founded by missionary and apostle Kentigern, known as Mungo (meaning ‘my dear’). The cathedral is named after him.
» Glasgow Cathedral was consecrated in 1136. The ash of the patron of Glasgow rests in one of the parts of the cathedral.
» The construction has different names: the High Kirk of Glasgow (common in the Christian community), St Kentigern’s or St Mungo’s Cathedral.
» 500-year sculptures reminding of the seven deadly sins are installed on the 14th-century wooden roof. Wooden structures and slabs also date from that time.
» The building is 100 metres long. The pictures on some stained glass windows are similar to symbols of military regiments that took part in World War II. The walls are decorated with mosaic pictures from the revered saint’s life.
» The cathedral is divided into two churches – Upper and Lower. The building itself stands on a slope.
»  Inside, there are dark high Gothic vaults supported by straight columns. The stairs lead to the Lower Church. Stone fragments of the 12th-century cathedral are preserved here.
» The Bridge of Sighs connects the cathedral with a hill where the Glasgow Necropolis – a city cemetery with old gravestones and vaults – was erected.
» 200,000 people visit the cathedral annually.

Facts: » The only old construction in the centre of the city square that managed to survive is the tower that used to be a part of the municipal building. The seven-storey brick building was constructed between 1625 and 1627.
» It has a clock, a stone superstructure, crowned with a weather vane in the form of a rooster.
» The construction used to be a part of a large building called Tolbooth. It was simultaneously a dwelling house, the city council headquarters, and jail.
» A cobblestoned square stretches in front of the Tolbooth. Government decrees were read out here, mass events were held, and criminals were executed. The building finally fell into disrepair. The only part that the city hall managed to repair was a clock tower.
» At first, the Tolbooth extension served as a tower for fire detection and an observation tower, from which the surroundings could be observed.
» The rectangular structure consists of massive stone blocks connected to each other. It is divided into floors. The lower part is plain, without decorations. It is a clock that makes the tower beautiful. There’s a decorative top – a gothic roof with spires – attached above it.
»  There’s an observation platform. The inside contains lifting mechanisms. 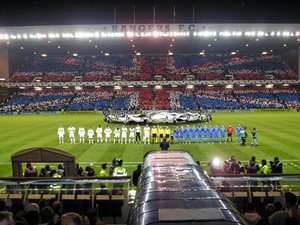 Facts:
» Ibrox Stadium situated in the south of Glasgow is the oldest stadium in Scotland. It was built in 1899. It is still considered to be one of the world’s iconic football constructions.
» The name originated from the name of the park where the sports facility is located.
» It’s the home of the renowned Glasgow Rangers Football Club. They won in national championships 54 times! In winter, when a friendly match was held, the stands accommodated over a hundred thousand fans.
» At first, the wooden stands had no seats.
» In 1902, professional players fought in a game between the British and the Scots. 70,000 fans visited the game. One of the constructions failed to withstand the mass of fans and collapsed. People were rolling down from a height of 12 metres. Parts of the structure fell down on them. However, the game wasn’t stopped to avoid causing panic. 25 people were killed, and 517 ones were injured.
» Over more than a century of existence, Ibrox Stadium and the complex itself have been renovated and reconstructed several times.
» The current capacity is 51,000 people. The rectangular grass field is 105х68 metres. Four separate two-tier stands adjoin the arena. Two large screens are built in the corners.

This guide to cultural sights Glasgow is protected by the copyright law. You can re-publish this content with mandatory attribution: direct and active hyperlink to www.orangesmile.com.
Glasgow - guide chapters 1 2 3 4 5 6 7 8 9 10 11 12 13 14 15

What to visit during two-day excursion in Glasgow

Art galleries in Glasgow and around
♥   Art museum 'Gallery of Modern Art' Glasgow, 0.7 km from the center. On the map

♥   Art museum 'Kelvingrove Art Gallery and Museum' Glasgow, 2.1 km from the center. On the map

♥   Art museum 'Hunterian Art Gallery' Glasgow, 2.1 km from the center. On the map

♥   Art museum 'Burrell Collection' Glasgow, 5 km from the center. On the map

Cathedrals and basilicas near Glasgow
♥   St. Mirin’s Cathedral, Paisley, 10.2 km from the center. On the map

♥   National Shrine of Our Lady of Lourdes, Motherwell, 19.9 km from the center. On the map

♥   Cathedral Church of St Blaan and St Laurence, Dunblane, 40.3 km from the center. On the map

Photogallery of cultural heritage of Glasgow

Excursions over cultural sights of neighbours of Glasgow

Motherwell
In the centre, there are several halls for temporary exhibitions. Here, works of local artists, sculptors, and designers are often displayed. There is still a city archive in the centre. Here, important documents about the region and the city are kept. One of the main attractive features of the research centre is a tower. On its top, there is the most popular observation ... Open »
Kilmarnock
Today, the old castle operates as a museum. In the early 20th century, it was recognized as a valuable historical monument and undergone one of the largest reconstructions in its history. Within the castle walls is a rich collection of antique furniture, works of art, and interior objects. It keeps many personal belongings of former owners, which are now the most valuable ... Open »
Edinburgh
Beautiful Royal Castle is one of the main symbols of the city. According to one version, the first building on the site of the modern palace was built back in 1070. The last owner of a beautiful castle was King James. Today everyone can visit the palace which was built in the beginning of the 17th century. Edinburg Castle is a no less attractive historical monument. It was ... Open »
Belfast
Every historic landmark of Belfast has its own miraculous history, and the magnificent Grand Opera is no exception. The building was constructed at the end of the 19th century. This is one of the most beautiful and eye-catching architectural places of interest in the city. The Grand Opera suffered severe damage during the World War II years, the building was nearly destroyed. ... Open »
Inverness
Inverness is a city with rich history and so it has preserved many monuments for its descendants. Inverness Castle is a wonderful attraction of the city. It was built in the late 19th century, but its style is reminiscent of a classic medieval fortress. The large scale castle with tall towers is open to public. It often hosts important political and cultural events. Cawdor ... Open »
Isle Of Man
The castle is located in Peel that has gained a reputation as the most picturesque and interesting town on the island. After admiring the sea views from lookouts equipped near the fortress, visitors can stroll along the promenade. The latest is the most charming place in the town. Water wheel located in Laxey attracts travelers who are interested in the ancient technique; it ... Open »

Culture guide to Glasgow. Which fascinating sights to visit once you are in Glasgow: temples, churches, museums, theaters and castles. Recommendations (with addresses, phone numbers and links) on the places 'must visit' in Glasgow. Plan your own city excursion by using this page info!