Preparing your trip to San Francisco: advices & hints - things to do and to obey 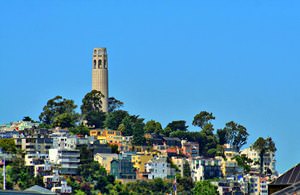 1. Sparing tourists should keep in mind during a vacation in San Francisco that city museums are free to visit several times per month. All tourist information offices provide all the precise information on the events of the kind and on the cost of the entrance tickets.
2. Those tourists looking for visiting of local landmarks and sites should necessarily buy a city map. There are several types of city maps available for tourists. The most popular ones are considered to be the Go Card and CityPASS as these maps enable tourists to buy museum and art galleries entrance tickets with sufficient discounts.
3. The optimum way to pay for goods and services is national currency as any other currency may be denied in local shops and establishments. The currency should better be exchanged at home before a departure as in this case one will get the most profitable currency exchange rate. It should be noted that San Francisco lacks currency exchange offices which are rather challenging to find.
4. When on shopping tourists should not keep much cash by themselves as the city of San Francisco has adopted a system of cashless transfers. That is why the best way for payments is to get a multi-currency Visa credit card for a trip.
5. Utility supplied voltage varies from 110V to 127V. Some electrical appliances may need special connectors and adapters. In large hotels these items are provided at the request. Adapters and connectors can be bought in any specialized household store. Copyright www.orangesmile.com
6. Tourists should keep in mind that alcohol drinks and tobacco goods can be bought only in specialized stores. These goods are sold only to customers after 21 years old. That is why young people should keep documents of identification by themselves to avoid misunderstandings and some embarrassing situations.
7. Drivers should not keep opened bottles of alcohol in the car. These can be only kept in a luggage compartment. Drunk driving is considered to be one of the most serious crimes.
Authentic traditions, festivals and lifestyle of San Francisco inhabitants
Many tourists identify this buzzing and multi-faceted tourist destination with freedom of every aspect of life. The city of San Francisco is exactly the place of holding of the largest and …

Open
8. Smoking is banned in all public and crowded places as well as in social institutions of the city. One should pay particular attention to the restrictive signs. Close to all public establishments and entertainment facilities tourists will find specially designated smoking areas.
9. The city features a well developed public transport system. Renting a car is a recommended service for those tourists looking for visiting remote areas and the suburbs of the tourist destination. Foreign drivers should keep in mind that in the daytime the main streets of the cities are rather traffic jammed and driving is rather challenging.

Preparing your trip to San Francisco: advices & hints - things to do and to obey You can re-publish this content with mandatory attribution: direct and active hyperlink to www.orangesmile.com.
San Francisco - guide chapters 1 2 3 4 5 6 7 8

What to visit being in San Francisco - unique sights 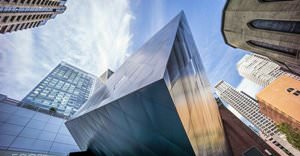 Distance from San Francisco center - 1.6 km.
The huge dark blue cube continues to be considered the main architectural feature of the building today. It is made of stainless steel. The power plant building was too small. It could not accommodate all the interesting exhibits. It was decided to add a new building to it. It was also decided to build the original cube to smooth the line between the old and the new building. It has not only decorative but also a functional purpose. Special halls for sound exhibitions with first-class technical equipment are located inside the cubic structure. … Read further 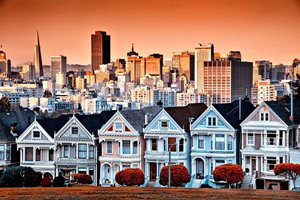 Distance from San Francisco center - 1.6 km.
The history of the construction of Victorian mansions is very interesting and coincides with the era of the Gold Rush. In a few years the population of the city has increased several times. At the turn of the 19th century, more than 48000 beautifully coloured villas were built in less than 50 years in San Francisco. A significant part of them were destroyed during the earthquake in 1906, but some houses remained unscathed and today they continue to please citizens and visitors of the city with their fabulous appearance. The founder of the tradition of painting the facades of houses in bright colors is an artist Butch Kardum. In 1963, he painted one of the houses. The artist liked the work of the local residents so that soon the block of Alamo Square shone with all the colours of the rainbow. … Read further 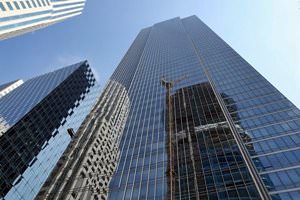 Distance from San Francisco center - 2.4 km.
According to experts, the main reason for the sinking of the building was a violation of construction technologies. The foundation of the tower was laid over mobile ground rocks. Its depth should be twice the existing one in this case. The skyscraper is sinking about 5 centimeters every year. The Sentinel-1 satellite system allows monitoring its condition. Famous businessmen, politicians, and actors are the owners of apartments in the Millennium Tower. The minimum cost of apartments is about $1.6 million. The world's most high-profile real estate trial could happen if a skyscraper collapses. … Read further

Tips for the cities around San Francisco

California
2. Those expecting to devote a lot of time to excursions should definitely visit the tourist office to buy the travel card. Despite the fact that it costs about $200, it helps to save considerably. 3. Fans of fishing have to consider that coarse and ocean fishing is possible only with the license. Before you go fishing, it’s better to clarify existing rules in the hotel or ... Open »
Santa Barbara
2. City guests have a chance to rent a car. To make a deal one will need a common set of documents. All the city districts are equipped with special parking lots. First two hours of rental of a car are absolutely free. Every next hour of car rental will cost about 1.5USD. 3. The resort city of Santa Barbara features mild and favorable climate all the year round. Beach ... Open »
Nevada
2. Travelers visiting the state for the first time would found interesting to look into the tourist office, which is located in the capital of the state, Carson City. Here you can get all the necessary information available, learn about things to do and buy tickets for events of interest. 3. Holidaymakers can travel around the state and its environs by trains and buses. Many ... Open »
Santa Monica
2. Evening hiking enthusiasts should have some warm clothes as after the sunset it gets rather cold on the resort being well felt in the coastal area. 3. At weekends local shopping centers and entertainment establishments are rather crowded. Those tourists tending to a quiet hiking through the city being armed with a camera should better undertake a trip during weekdays. ... Open »
Hollywood, CA
2. Travelers are advised to choose attractions they want to visit on holidays in advance. The fact is that some landmarks are located quite far away from each other. Moving around the area will be much more comfortable if you plan a route in advance. 3. The main form of public transport is the bus, the subway line connects Hollywood with Downtown. Vacationers should keep ... Open »
Los Angeles
2. Travelers who give preference to taxi should better call a taxi by phone. It is just impossible to stop a taxi in the street. There are special taxi parking lots near bus stops, hotels and railway stations. 3. A bicycle is a popular way of transportation among city residents however cycling some city districts can be rather challenging. The most popular bicycle rental ... Open »

Travelling to San Francisco - advices and tips. What should be provisioned in advance, the rules you might want to follow, and the things you better avoid doing in San Francisco. We help you to make your trip smooth and easy, with no unexpected surprises.