Preparing your trip to Odessa: advices & hints - things to do and to obey 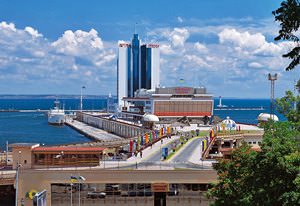 1. Odessa features a wide network of public transport including buses, trams and trolleybuses. A cost of a bus trip will totally depend of the length of a trip meanwhile a cost of a trip in trams and trolleybuses is fixed. Fare should be paid to a busman in a passenger compartment. A popular city transport means is a route taxi bus which stops only on demand. These taxi buses should be stopped with a hand rise. However the buses can be stopped in such a way only from bus stops.
2. The Tandem bicycle rental center is in demand among those tourists giving preference to active leisure. Apart from two wheel transport the center provides skate boards and rollers.
3. Tourists visiting Odessa for the first time should first set to one of the tourist information offices. One of the best centers is located in the Pushkinskaya Street. The center offers its visitors free city maps and leaflets with descriptions of landmarks and monuments. The assistants of the office will inform the tourists on upcoming cultural events and will help to organize the leisure and touring program of the vacation.
4. Only central streets of the city are safe and sound for night tours meanwhile the remote areas of the city should be explored only in the daytime and only with a guide. Setting off to the city exploration one should not keep valuables by oneself without any need.
5. In public places one should be cautious and beware of pickpockets who are the main problem of the city. Railway stations, airport, in restaurants and shopping centers are those places to keep an eye on begs and overcoats. Copyright www.orangesmile.com
6. The best place to hunt some memorable gifts and souvenirs is one of the local markets as these offer a vast choice of goods at prices which are considerably lower than these in large stores. Bargaining is a must at the markets as this helps to reduce a price for desired goods by 10 – 15%.
7. The optimum way to pay for goods and services is national currency though large stores and restaurants accept US dollars and Euro apart from national hrivna. Currency can be exchanged in one of the local banks or in private exchange offices which are located on the premises of the airport and railway station.
Extraordinary weekend in Odessa - unusual places, services and attractions for travel gourmet
Odessa has so many amazing hidden places, cozy courtyards, and unusual monuments, which not all Odessa natives know about. Just turn into the next lane or a cozy courtyard of a residential …

Open
8. Tourists looking for cruising the city by taxi should better call a taxi car by phone. One can take a car in the street as there are numerous “individual” drivers cruising the city. These are recommended only for big companies of travelers. At night one should use only official city taxi services.

Preparing your trip to Odessa: advices & hints - things to do and to obey You can re-publish this content with mandatory attribution: direct and active hyperlink to www.orangesmile.com.
Odessa - guide chapters 1 2 3 4 5 6 7 8 9

What to visit being in Odessa - unique sights 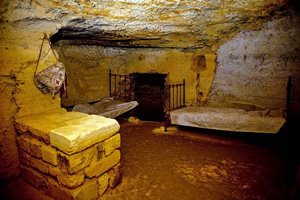 Distance from Odessa center - 1.2 km.
According to some reports, right here in the beginning of the 19th century was made the first quarry. The walls have saved the interesting epigraphs that were made by workers. Another peculiarity of catacombs is that they are united with other natural solutional caves in one complex. Natural solutional caves are interesting not only for speleologists but also for tourists. Odessa catacombs are one of the most twisted and dangerous undergrounds in the world. Even specially trained dogs can’t get form them out by themselves. Today the underground tunnels are used for city needs. There are placed the warehouses of local factories and telephones. … Read further

Tips for the cities around Odessa

Chisinau
3. In local markets bargaining is necessary, it will certainly reduce the price of any item. Bargaining will be out of place in shops and supermarkets. It is also worth to mention that it’s better to visit local markets with enough small bills, as it will be easier to settle with marketers. 4. It is recommended to exchange money only at banks; contrary, it’s better not ... Open »
Yevpatoriya
3. One of the most common problems is pocket thieves, so in crowded places you should pay close attention to personal things. You cannot leave things unattended on the beach, in restaurants and cafes. 4. Exchange of currency is recommended only in banks or private exchange offices, and from private services it is best to refuse - there is a high probability of becoming a ... Open »
Simferopol
3. In addition to public transport, taxi service is available for travelers at any time. The car can be called by phone or found on special parking spaces on the street; latest are usually close to major attractions and entertainment venues. Be sure to bargain with a taxi driver and negotiate the price before getting into the car. 4. In the city you can find a huge number of ... Open »
Hurzuf
3. For those who prefer to cook their own food during the holidays, it is best to go for products in one of two local markets. Here local people buy food; the choice of goods in the market is simply excellent. 4. Fans of beach holidays should take into account that not all local beaches are free. Some parts of the coast belong to local sanatoriums; you can rest on such ... Open »
Vinnytsya
3. In the historical area of ​​Vinnitsa, it is best to walk on foot. Interesting tourist sites here are located in the literal sense, at every step. The historical area is quite compact and quiet, so it's ideal for walking. 4. Locals are very sensitive to their city; its picturesque streets are strikingly clean. Guests from other cities and countries should treat ... Open »
Dnepropetrovsk
3. The city is convenient to travel by bus, you can freely get to any area of ​​interest on them. Taxis are best called on the phone or taken at special parking lots, stopping a free car on the street can be quite difficult. The fare in a taxi depends on the firm and on the time of day, at night the tariff is higher than in the daytime. 4. You can rent a car in one of ... Open »

Travelling to Odessa - advices and tips. What should be provisioned in advance, the rules you might want to follow, and the things you better avoid doing in Odessa. We help you to make your trip smooth and easy, with no unexpected surprises.