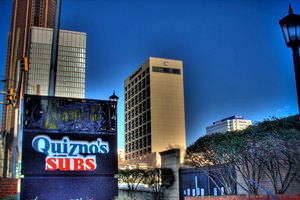 When it comes to describing the national peculiarities of the residents of Atlanta, we simply cannot fail to pay attention to their unusual craving for various celebrations and holidays, many of which are associated with ancient traditions. The annual «pow-wow» festival held in Stone Mountain Park on the first weekend of November is a truly interesting celebration. On this day anyone can become a true Indian – visitors are welcome to dress up in ancient costumes and try their skills in traditional crafts. Pow-wow can be literally translated as "spiritual leader". This is the way the North American Indians have called their meetings. Previously such meetings were aimed at solving the most important questions. Nowadays the Indians use them just to have fun and compete in the art of dance, drums and other skills. As a rule, the holiday lasts four days, during which are organized various activities and events.
Unusual weekend in Atlanta: accommodation in extraordinary hotels
Fans of rest in the most original hotels would enjoy a large selection of exclusive accommodation places in Atlanta. One of the most unusual and well-known hotels is The Westin Peachtree …

Open
Numerous festive activities take place in the city on Christmas Eve. At this time of a year Atlanta is always crowded with travellers. The city’s streets are decorated with sparkling garlands, balloons and beautiful figurines depicting Christmas characters. On the eve of the holiday you can become a witness of a grand parade, various concerts and firework shows. The holiday is especially liked by children as many fun games and performances are organized for little visitors.
Each year Inman Park becomes the location of a holiday, which is called «Inman park festival». The event attracts car enthusiasts and owners of different vehicles, from luxury cars to humble scooters. During the festival the territory of the park host a real parade, in which the participants show off their precious vehicles. As a rule, the holiday starts from a parade of cars and then the four-wheeled vehicles are followed by columns of motor scooters. Everyone tries to decorate their cars for the holiday. Owners of motorcycles try to look as bright as possible, so the event looks truly spectacular. Copyright www.orangesmile.com
Atlanta design-hotels for stylish travellers
Atlanta Marriott Marquis deserves special attention among design hotels of the city. This accommodation place is designed in sophisticated aristocratic style in accordance with traditions of …

Open
Art lovers should definitely visit the city during the Festival of Japanese Art. It is usually organized in the middle of September. As a rule, the festival is time for numerous interesting activities, from sushi tasting and watching anime to samurai performances and art exhibitions. The festival lasts just two days and is finished with a big fair. All participants have an opportunity to purchase national Japanese costumes – they will surely become interesting artefacts that are a kind of souvenir reminiscent of a trip to Atlanta. 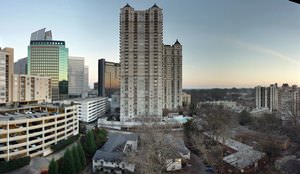 The city of Atlanta attracts fans of art in January and February. During this time, all the city will be embraced by the ATLart festival, dedicated to fine arts. In early spring you will be able to witness amazing Southeastern Flower Show, held at the Cobb Galleria Center. In March, local people Atlanta celebrates the month of Irish heritage. Also, at this time the Downtown of the city hosts the annual Parade and later the festival in honor of St. Patrick's Day. In April passes the Dogwood Festival, which is a real holiday for both children and their parents. The event takes place at the Piedmont Park, where you can spend a nice day during fun entertainments and the art market.
Top places to stay in Atlanta - most luxurious hotels
There are lots of luxury hotels in Atlanta. One of the most prestigious and popular is The Ritz-Carlton, Buckhead. There are more than 500 rooms of different categories, as well as a huge …

Open
If you are lucky enough to visit Atlanta in the middle of the spring, make sure to check out the Georgia Renaissance Festival, which gives chance to experience the entertainments of medieval England from the time of King Arthur. In May, in Atlanta's Woodruff Arts Center every music lover will be able to enjoy the Atlanta Jazz Festival. During summer, tourists to Atlanta will have a chance to visit the Atlanta Film Festival in June. From June to October, the Shakespear Festival will gladden local people and visitants to Atlanta. As the part of this festival, you will be capable to enjoy the plays of the great playwright and author - William Shakespear, staged in the Conant Performing Arts Center. The Independence Day and the "next days" are full of many celebrations, but the most famous is the Peachtree Road Race, which attracts 55,000 runners and even more spectators. 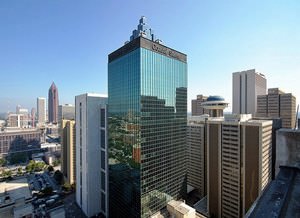 The National Black Arts Festival is held on the 3rd week of July and is the largest cultural festival of African American art. During the Labor Day will be held the Dragon*Con - a large congress of admirers of science fiction and fantasy. Nevertheless, it has become multimedia and multi-genre, so everyone will find here for themselves an interesting topic. Famous actors and writers come from all over the world to give answers to questions. The festival takes 4 - 5 hotels in Downtown. The entry there is not cheap: from $ 40 for two days to $ 120 for entry at the weekend. Between the hotels the passage is free, so you just can not attend the conference or go to the shopping premises. Do not miss the Costume Parade to see the Klingons, Imperial stormtroopers or Hobbits. The Atlanta Pride Festival is the October three-day celebration of the self-esteem of the LGBT community in Piedmont Park. The Atlanta Celebrates Photography festival passes every October in the form of numerous photo exhibitions and events throughout the city.

This guide to traditions and festivals in Atlanta is protected by the copyright law. You can re-publish this content with mandatory attribution: direct and active hyperlink to www.orangesmile.com.
Atlanta - guide chapters 1 2 3 4 5 6 7 8 9 10 11 12 13 14 15 16

Cathedrals and basilicas near Atlanta
♥   Basilica of the Sacred Heart of Jesus, Atlanta, 1.7 km from the center. On the map

♥   Cathedral of Christ the King, Atlanta, 8.8 km from the center. On the map 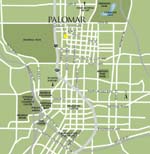 Colors of Atlanta in photos

Traditions and festivals in cities around Atlanta

Memphis
After the gala opening of the festival the culinary and entertaining shows pick up the torch. Each year the festival is devoted to a culture of a certain country which makes the Memphis in May drastically change year by year. An impressive and remarkable event of the festival is the barbecue cooking competition fest. Culinary experts and chefs come from all over the world ... Open »
Orlando
One of the brightest annual autumn holidays in Orlando is Halloween Horror Nights. The celebration of Halloween in the world's most famous amusement park promises to be a truly unforgettable adventure. Unique amusement rides allow its guests to feel like they are in a horror movie. You will be offered to spend the night in the company of monsters and mutants. In celebration ... Open »
Kissimmee
The love of communication is the second feature of citizens that you need to get used to. Local people can talk to you anywhere - at a bakery, post office or bus stop. If you want to buy flowers, you will be asked who the bouquet is intended for. You will also be given a couple of tips when doing this. It is worth noting that this constant neutral communication is combined ... Open »
Tampa
The Golden Age of city’s industry was during 19-20th centuries; at that time numerous cigar factories began to open up in Tampa. It is worth noting that nowadays Tampa continues to be associated with high-end tobacco products that many tourists buy as souvenirs. In the late 19th century a huge number of workers from Latin American countries and Cuba arrived to Tampa; the ... Open »
New Orleans
Many tourists consider New Orleans to be the Jazz capital of the world. According to one of the theories this popular music trend takes its roots from this area. When modern music fans talk of genuine American jazz they then mean the music which appeared in New Orleans by the end of the 19th century. A founder of the music trend is considered to be Buddy Bolden. The guy was ... Open »
Indianapolis
“Sorry” is the most frequent word that one can hear in Indy. Local people always apologize before asking something or if, for example, bumping into someone slightly. Locals wear clothes they like, so tourists do not need to worry that their too colorful or extravagant outfit will cause problems or misunderstanding. Local people usually prefer to wear comfortable and cozy ... Open »

Cityguide on traditions, mentality and lifestyle of people in Atlanta. Learn the best periods to visit Atlanta to discover its soul - authentic festivals, events and celebrations. We will also reveal the interesting habits, attitude towards the world and to tourists in Atlanta.