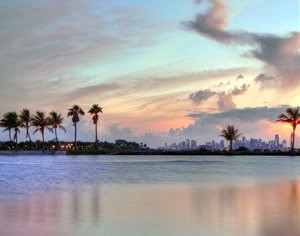 Miami is an established place of holding the largest in the world orchid exhibition. The International Orchid Festival takes place in the middle of May and lasts commonly for three days. The festival is considered to be the most outstanding event in the cultural life of the city. The florists from more than 60 countries of the world are participating in the event. Visitors of the exhibition get a unique chance to enjoy thousands of orchid species and other exotic plants. The Miami festival essentially differs from other floristic exhibitions one may visit in other cities of the world.
Family holidays with kids in Miami. How to entertain your child, things to show to children.
Such a choice of entertainment for children as can be found in Miami, will be difficult to find in any other city in the world. You can find excellent amusement parks, zoos and museums which …

Open
During the festival numerous lectures and master classes are held at which the expert florists will share the secrets of growing flowers and will cover other interesting topics of cooking and healing qualities of exotic plants. The participants of the Festival may not only enjoy the flowers and plants of ultimate beauty but purchase some desired specimen.
The same challenging and attractive for foreign tourists will be the Independence Day celebrated on the 4th of July. The fest is celebrated in every city and town of the United States, however the celebration of the holiday in Miami features some peculiar traits and traditions. Few days prior to the holiday the local people decorate the streets of the city with bright ribbons and air balloons of blue, white and red colors. Almost each building features a wind shaking national flag. Copyright www.orangesmile.com
Cuisine of Miami for gourmet with top restaurants and cafe
Each district of Miami features its own gastronomy traditions. Thus, the area of Miami Beach hosts a great number of restaurants which specialize in Cuban cuisine. The most outstanding …

Open
In the day time the citizens give preference to the family leisure. Many set off to the suburban areas or to the beaches to enjoy delicious barbecue and outdoor recreation. On the 4th of July the city dies out, the streets are sinking in silence and the pedestrians and cars are rather rare. However at nightfall things are changing and after the grand fire show Miami turns into the upscale night club. 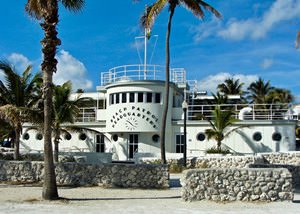 The loud music and airy laugh is heard everywhere. People are relaxing right in the street, dancing in the open air, tryinh treats and drinks in the sidewalk cafes. The folk festival lasts till the early morning. On the 4th of July all the restaurants, cafes and bars are open till the dawn. Only by 7 am of the next day the visitors are leaving the entertaining establishments. The citizens go home to recharge and build up the strength after the most significant national holiday.
Excursion over cultural sights of Miami - 'must visit' points of interest
Miami is a scenic urban boasting numerous entertaining establishments, upscale restaurants and shopping centers. At the same time the city features many landmarks and sights. Miami will turn …

Open
Miami festivals are not limited to Independence Day only - locals know how to celebrate interesting events. This is evidenced by the world-famous electronic music festival called Ultra (or UMF). Gathering about three hundred thousand music lovers in one place (Bayfront Park) and at one time (end of March), it is considered to be one of the largest musical events in the world. Just look at the names of the headliners who have appeared on its stage at different times - Armin van Buuren, Prodigy, David Guetta, Tiesto - and realize why the event is so popular. In addition to the music program, visitors can enjoy light and fire shows, as well as dance performances. 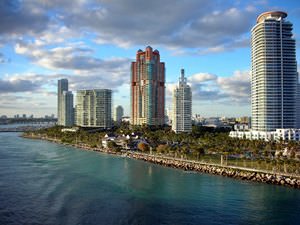 Jazz fans will appreciate the three-day Miami Downtown Jazz Festival, which takes place at the end of the second spring month in the same Bayfront Park. Here they play not only jazz but also related genres such as blues, funk, soul. Many people are attracted by the festival's warm friendly atmosphere, which makes it possible to create a direct dialogue between the listener and the performer. Another jazz event taking place in mid-November is the Sunny Isles Beach Jazz Fest, which is held in Gateway Park. Eminent headliners are invited to both music festivals so that no one gets bored. However, this is also a great opportunity to discover new names in jazz.
Your active city break in Miami. Attractions, recreation and entertainment - best places to spend your day and night here
Miami will be undoubtedly the favorite destination of the active leisure enthusiasts. Plenty of natural attractions, entertaining and sport centers, luxury boutiques and attractive night …

Open
One of the most popular and colorful events in the festival life of Miami is the Calle Ocho Festival, which takes place in the world-famous quarter and demonstrates Pan-American culture in all its glory. This happens through music, dancing, shows, theatrical performances, local cuisine, traditional games and competitions. At that time, the pearl of the North American Riviera is visited by over a million people. Many people are eagerly awaiting the carnival all year, starting from the moment it ends. The festival got several records in the Guinness Book of Records. For example, in 1990, the world's longest pinata (Mexican hollow toy) was created specifically for the event, and the longest cigar was designed for the festival in 2000. 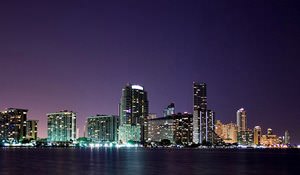 Fans of event tourism will be happy to attend an event dedicated to architectural art. It is held at the end of the first winter month and is called Art Deco Weekend. At this time, visitors can admire works of art at the opening exhibitions, taste local dishes, and explore local attractions as part of a thematic tour. The festival takes place in the best suitable place for this - the Art Deco Museum. Of equal interest is the Miami International Boat Show held in early February, especially for those who cannot imagine their life without vivid impressions of aesthetic enjoyment. Besides the regatta, visitors to the festival can enjoy ship fairs where luxury yachts or boats are sold at attractive prices.

This guide to traditions and festivals in Miami is protected by the copyright law. You can re-publish this content with mandatory attribution: direct and active hyperlink to www.orangesmile.com.
Miami - guide chapters 1 2 3 4 5 6 7 8 9

Cathedrals and basilicas near Miami
♥   Ermita de La Caridad del Cobre, Miami, 4.1 km from the center. On the map

Colors of Miami in photos

Traditions and festivals in cities around Miami

Florida
Each year the festival is dedicated to a certain cultural trend or historical period; contemporary artists try to reflect features of the current topic with usual multi-colored chalks. Those three-dimensional pictures are astonishingly realistic. The festival also includes many interesting exhibitions and competitions. Niceville is the venue for one of the most bustling and ... Open »
Nassau
Many interesting gastronomic holidays are held in Nassau throughout the year, and the largest one is the International Culture Wine and Food Festival, which is usually held in early October. Its program covers many major cities of the archipelago, and Nassau is no exception. World-famous chefs who compete in preparing the best seafood and rare delicacies present their ... Open »
Kissimmee
The love of communication is the second feature of citizens that you need to get used to. Local people can talk to you anywhere - at a bakery, post office or bus stop. If you want to buy flowers, you will be asked who the bouquet is intended for. You will also be given a couple of tips when doing this. It is worth noting that this constant neutral communication is combined ... Open »
Abaco
The locals like various celebrations generally such as Independence Day, Liberation Day, Columbus Day, etc. What is more, Roma Festival, Bahamian cooking festival, regattas, golf and surfing competitions, and Festival of Caribbean music also take place on the islands. You’ll definitely never get bored here. But remember that many locals want to earn money on tourists so be ... Open »
Orlando
One of the brightest annual autumn holidays in Orlando is Halloween Horror Nights. The celebration of Halloween in the world's most famous amusement park promises to be a truly unforgettable adventure. Unique amusement rides allow its guests to feel like they are in a horror movie. You will be offered to spend the night in the company of monsters and mutants. In celebration ... Open »
Tampa
The Golden Age of city’s industry was during 19-20th centuries; at that time numerous cigar factories began to open up in Tampa. It is worth noting that nowadays Tampa continues to be associated with high-end tobacco products that many tourists buy as souvenirs. In the late 19th century a huge number of workers from Latin American countries and Cuba arrived to Tampa; the ... Open »

Cityguide on traditions, mentality and lifestyle of people in Miami. Learn the best periods to visit Miami to discover its soul - authentic festivals, events and celebrations. We will also reveal the interesting habits, attitude towards the world and to tourists in Miami.