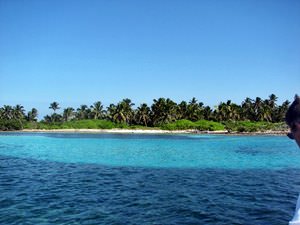 Most of the locals are descendants of slaves from North Africa, English colonists, and Americans who came to the Abaco Islands in different periods of time. African and European cultures amazingly mixed here, so they actually created something new and it included the best features of both Europe and the Dark Continent. The majority of locals decided to stay on the islands after the abolition of slavery. People simply started to do farming and fishing and their descendants still do the same for the living. Nowadays tourism here is extremely popular as well so about half of the Abaco Islands ‘population is into tourist business.
Best beaches and recreation areas around Abaco
The busiest and extensive beaches located on the island of Great Abaco. There is a picturesque beach Tahiti. The coast is covered with fine white sand. Dense thickets of palm trees come very …

Open
People here speak English because it’s the only official language. However, there are still some local settlements who speak only Creole that includes lots of French, African and Dutch borrowings and this peculiarity influences their speech greatly. Officially the Abaco Islands are governed by the British Crown, but practically they have their own administration here. Remember that despite the colonial past the locals really respect the Crown of England. It’s forbidden to insult the Royal Family as well as to discuss people of color and white people (even in the historical context). Everybody here has freedom of conscience. Still, most of the locals belong to Christian denominations.
The island is a perfect place for workaholics as they could finally relax here. Abaco with its fertile land and quite a stable temperature just invites to relax and to live for a bit without any hurry. It might be an explanation to the question of why the locals are that tend to delay everything for «tomorrow» which will never happen. It’s not about selfishness or a will to irritate someone but about the island philosophy: if you have a chance to enjoy life – then do it right now, all the rest will wait. That is why there is no point expecting the islanders to be punctual or to do everything on time. Copyright www.orangesmile.com
Top hotels in Abaco for business trip or short vacation
One of the most popular and upscale hotels of Abaco is located in Marsh Harbour. Tourists, who used to have a rest in luxury resort hotels, will certainly like the Abaco Beach. The luxury …

Open
The locals like jokes and they never hang down their heads. Goombay music, which appeared in the times of colonial arrangements, is still incredibly popular. Originally the goombay ensemble included drums covered with goat leather, a saw, rhythm sticks, maracas, and a bass made of a wash-tube with strings tighten on it. Currently musicians who play in this genre prefer electric guitars and saxophones, of course, but still, they try to maintain the original sound. Moreover, you can see traditional ensembles even now, especially during huge folk festivals. 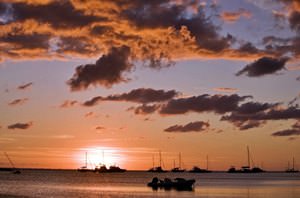 The best way to get to know the national culture and traditions of Abaco is to the Junkanoo festival which takes place from 26th December to 1st January annually. During this period you can hear drums and national songs non-stop from everywhere. Besides, you can also see the locals marching along the streets in their traditional costumes. There are several parades which took place during the festival and they are distinguished by the types of costumes people wear. So, people are divided into few groups and they dance and sing songs. Jury votes for the best musicians, dancers, and designers who usually create their costumes from sponges, leaves, fabric, and crepe paper. Winners get quite a good amount of money as a prize.
Shopping in Abaco - main shopping streets, outlets and boutiques
The Abaco Islands are extremely popular among tourists (especially American ones). There are many stores here: from just little ones to impressively huge shopping centres. If you want to buy …

Open
The locals like various celebrations generally such as Independence Day, Liberation Day, Columbus Day, etc. What is more, Roma Festival, Bahamian cooking festival, regattas, golf and surfing competitions, and Festival of Caribbean music also take place on the islands. You’ll definitely never get bored here. But remember that many locals want to earn money on tourists so be careful when you buy something, especially something particularly expensive – you might get a fake. On the whole, it’s secure here, but if you want to keep your stuff safe, it’s better to put it into a hotel safe or to always keep an eye on it.

This guide to traditions and festivals in Abaco is protected by the copyright law. You can re-publish this content with mandatory attribution: direct and active hyperlink to www.orangesmile.com.
Abaco - guide chapters 1 2 3 4 5 6 7 8 9

City tours, excursions and tickets in Abaco and surroundings

Local people prefer to wear relaxed and colorful clothing that is great for hot weather. Women enjoy wearing dresses, and men prefer lightweight fabric pants, shirts, and shorts. For official events and church masses, local people put on clothing that covers legs and arms. Bahamians like talking to their friends and new acquaintances during lunch or dinner. Eating together is a great way of socializing for them. However, they do not like touching such serious themes as politics, religion, crime, and so on while eating. The islanders like fun and good laughter. In their jokes, they often make fun of themselves and sometimes of other people, but their jokes are never harsh. They are not aggressive and do not like arrogant and boastful people. … Open 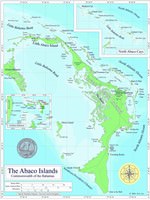 Colors of Abaco in photos

Traditions and festivals in cities around Abaco

Harbour Island
We hope you don’t think there is no more fun on the island except for Junkanoo. The locals extremely love such mass holidays so they celebrate Liberation Day, Independence Day, Columbus Day and lots of other national days particularly important Britain or the whole world with the same big mood. Bahamas Food Festival, Rum Bahamas, various sports competitions take place here ... Open »
Nassau
Many interesting gastronomic holidays are held in Nassau throughout the year, and the largest one is the International Culture Wine and Food Festival, which is usually held in early October. Its program covers many major cities of the archipelago, and Nassau is no exception. World-famous chefs who compete in preparing the best seafood and rare delicacies present their ... Open »
Miami
During the festival numerous lectures and master classes are held at which the expert florists will share the secrets of growing flowers and will cover other interesting topics of cooking and healing qualities of exotic plants. The participants of the Festival may not only enjoy the flowers and plants of ultimate beauty but purchase some desired specimen. The same ... Open »
Florida
Large-scale strawberry fields are a major feature of Florida; hundreds of varieties are grown there. The festival features interesting exhibitions and agricultural workshops; guests that are far from the cultivation are offered to taste the best varieties of berries. The Strawberry Festival is attended by the best farm staff. During the festival, well-known chefs cook ... Open »
Kissimmee
The locals love sports. Regular runs in the morning and evening are very popular here. Many Kissimmee residents go cycling in their free time. Broadcasts of baseball, basketball, and American football games attract thousands of viewers. Few citizens don't have a favorite baseball team. Keep in mind that you can often hear a phrase like "well, yes, he was strong, he played ... Open »
Orlando
Beer lovers will surely like this holiday because more than 70 breweries from various countries have annually participated in the festival since its first years. Visitors to the festival are invited to diversify the tasting of original dishes by attending music concerts, art exhibitions, and other entertainment events. Usually, the Seven Seas Food lasts for a very long time, ... Open »

Cityguide on traditions, mentality and lifestyle of people in Abaco. Learn the best periods to visit Abaco to discover its soul - authentic festivals, events and celebrations. We will also reveal the interesting habits, attitude towards the world and to tourists in Abaco.