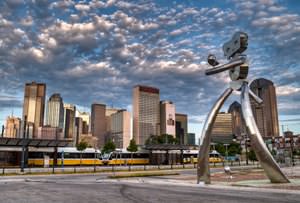 Every city of the state is a field of unique culture and priceless attractions. Texas is a major agricultural center of the country, The King Ranch is considered to be one of its main attractions. It is located at the Gulf Coast and is the largest in the state. Fans of excursions should definitely visit the picturesque town of El Paso that is the most Spanish city in the country. Everything here reminds of distant and romantic Spain, including its beautiful architecture, Spanish restaurants and museums dedicated to the culture and traditions of that distant land.
Guide to Texas sightseeing - things to see and to visit
Texas ranks second in the country in terms of population and area of ​​territories. Nature of these places is very diverse, the western part of the state is dominated by desert, southern …

Open
There is also mysterious Terlingua Ghost Town in Texas. It has become the permanent venue for the Chili Festival. It has a huge number of historical objects, each of which is associated with an interesting story. Texas is famous for its beautiful skyscrapers situated in all major cities of the state.
Among its architectural monuments there are unique objects, including Newby-McMahon Building. The funniest landmark of the state in located in Wichita Falls; the height of this ‘skyscraper’ is 12 meters only. It was built by engineer John D. McMahon, a talented architect that has managed to implement a brilliant scam. In the early 20th century, deposits of oil were found in the city, so there was an urgent need to erect new buildings. The architect proposed the concept of an upscale skyscraper, but its height was indicated in inches, not in feet. Nobody paid any attention to this subtlety, so in 1912 instead of the 480-feet skyscraper a relatively small building, which height was 480 inches, appeared. Copyright www.orangesmile.com
Cuisine of Texas for gourmet with top restaurants and cafe
The Cowboy State is one of the major agricultural centers of the country. Locals consider cattle raising not just the only mean of livelihood, but a real family affair. Local food is very …

Open
Irving is famous due to the unique sculpture Mustangs of Las Colinas; it is the main decoration of Williams Square. Sculptural composition with horses is the world’s largest of its kind; it was unveiled in 1981. One of the most romantic and charming cities is San Antonio. The whole life here is centered at the tourist promenade. It passes through the very center of the historic district and is surrounded by unique sights.

In the section below, you can get one of our excursion, activities or city discovery tours over Texas and surroundings. Our website offers 10-30% lower ticket prices, when compared to the offline purchase on the spot.

City tours, excursions and tickets in Texas and surroundings

This guide to cultural sights Texas is protected by the copyright law. You can re-publish this content with mandatory attribution: direct and active hyperlink to www.orangesmile.com.
Texas - guide chapters 1 2 3 4 5 6
Car rental on OrangeSmile.com

Photogallery of cultural heritage of Texas

Excursions over cultural sights of neighbours of Texas

Austin
The Paramount Theatre located in the heart of the city is considered an iconic cultural symbol for Austin. The theater was built in 1915 and is now a vivid example of the Renaissance architectural style. The last major reconstruction of its building took place in 1980. It was possible to preserve many original decoration elements. The historic theater features not only a chic ... Open »
Dallas
Park City is considered the favorite vacation spot of both locals and visitors. One of the main shopping streets starts right behind the park. Move north from the central area of Dallas, and you will reach the so-called "Arts District". The name of the quarter has appeared thanks to a huge choice of various cultural institutions and museums located here. Here you will find ... Open »
San Antonio
The Alamo Mission Fortress is the main historical symbol of the city and the most important landmark of Texas. The history of this outstanding structure is very unusual. It is the former Mission San Antonio de Valero. The construction of the Catholic mission started in 1744, shortly after the foundation of the new city by Spanish settlers. A noteworthy fact - the mission was ... Open »
Oklahoma City
Large and buzzing Oklahoma-City attracts active leisure fans, shopping addicts and night entertainment seekers. Touring fans will be stunned with a vast choice of landmarks and sights to explore in the city. The most visited spot of tourist interest is the Oklahoma City National Memorial and Museum devoted to the tragic event of the 11th of September, 2011. The memorial is ... Open »
Houston
Houston is the largest business and economic center of the country, but this beautiful modern city has lots of cultural landmarks too. The Alley Theatre that is the largest venue of its type in the United States is situated in Houston. Among its numerous cultural attractions, there are museums and skyscrapers that can safely be called the real works of architectural art. The ... Open »
Santa Fe
Santa Fe is one of the most scenic resort destinations of the country. Being located in highland, the resort attracts tourists from all over the world with numerous historical landmarks and natural attractions. The exploration of local historical and architectural sites is recommended to be started with a visit to the St. Francis Cathedral. This majestic religious construction ... Open »

Culture guide to Texas. Which fascinating sights to visit once you are in Texas: temples, churches, museums, theaters and castles. Recommendations (with addresses, phone numbers and links) on the places 'must visit' in Texas. Plan your own city excursion by using this page info!