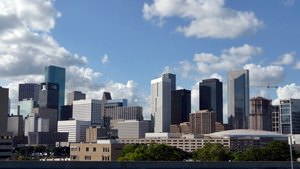 Houston is the largest business and economic center of the country, but this beautiful modern city has lots of cultural landmarks too. The Alley Theatre that is the largest venue of its type in the United States is situated in Houston. Among its numerous cultural attractions, there are museums and skyscrapers that can safely be called the real works of architectural art.
Top touristic routes around Houston: architectural sightseeing and landmarks
Discovering the architecture of Houston from bird's eye view! Reliant Astrodome, JPMorgan Chase Tower, Cathedral of the Sacred Heart, Reliant Stadium, Alley Theatre, Bank of America Center, all those monuments are defining the image of Houston …

Open
The center of high-rise buildings is the Downtown; JPMorgan Chase Tower is the most famous skyscraper in the city. The height of this skyscraper is 305 meters. Next to it there is Wells Fargo Bank Plaza building with 302 meters height. Williams Tower is the third of the most beautiful high-rise buildings in the city; the height of this skyscraper is 275 meters.
After admiring works of contemporary architects, city visitors should definitely walk around the theater district. Houston Grand Opera is considered the most important object of the area; this world- famous opera house surprises not only with the variety of cultural events, but also with its fascinating exterior. It also houses Houston Symphony that is one of the country's largest symphony halls and the Houston Ballet. Theatre fans should definitely include a visit to the Alley Theater in their entertainment program. Copyright www.orangesmile.com
Cultural vacation in Houston - fantastic architecture and monuments
Museum of Natural Science, St. Paul Church, Houston City Hall, Heritage Plaza, University of Hyyuston-Downtown, as well as many others, they all become the world's cultural heritage objects and remain as iconic monuments for Houston …

Open
Fans of exciting excursions would like the museum district, which begins next to Hermann Park. The Museum of Fine Arts is the most visited of them. The Houston Museum of Natural Science is recommended for a family visit. The latest is a single complex with a world-renowned Cockrell Butterfly Center; it would take more than one hour to inspect only one of its expositions. 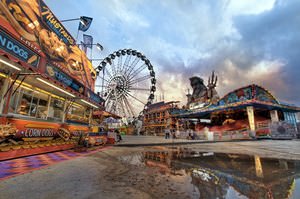 Much of the cultural institutions of the city are devoted to important historical events; among them there is the Holocaust Museum Houston. There is also a suitable place in the Houston area for the little ones, as the city has the great Children's Museum of Houston; the tour there is sure to be entertaining and informative. Among religious sites, Rothko Chapel has to be noted; it is close to the museum district. To make it easier for travelers to get acquainted with sights of the museum district, the special excursion train runs around its territory.

In the section below, you can get one of our excursion, activities or city discovery tours over Houston and surroundings. Our website offers 10-30% lower ticket prices, when compared to the offline purchase on the spot.

Plan your own excursion through Houston: churches, museums and castles 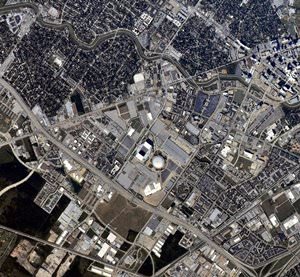 Facts:
» The Reliant Astrodome is the first stadium with adjustable environmental parameters. It is also the first indoor stadium with a dome.
»  Its roof was aimed at protecting the stadium from the heat rather than the rain. However, the roof obstructed the growth of natural grass in the field, so the ground was covered with experiment nylon.
»  At the stadium, not only baseball, basketball, football, boxing competitions, but also different entertainment events, including a rodeo, are held.
»  The stadium had been built for 3 years. It was opened on 9 April 1965. The opening ceremony was visited by President Lyndon Baines Johnson.
»  The roof of the stadium is constructed in such a way that balls do not target it. Its peak is at a height of 60 m. 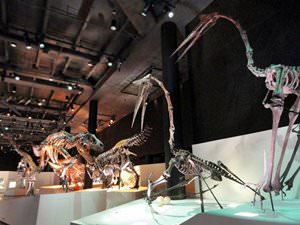 Facts:
» The Houston Museum of Natural Science is one of the most popular and most visited museums in the USA. It was founded in 1909.
»  The museum complex consists of several buildings. In the main building, there are sectors dedicated to the nature of different natural zones and continents.
»  The museum also houses the big collection of minerals and paleontological exhibits.
»  In the museum, there are a planetarium and a wonderful cinema where you can watch films about the animal world, natural phenomena, volcanic eruptions, etc.
»  The most astonishing and most extraordinary sector in the museum is the exhibition of butterflies. It is located in a glass three-storey building where living butterflies of various sizes and colors fly in the conditions of a tropical rainforest. 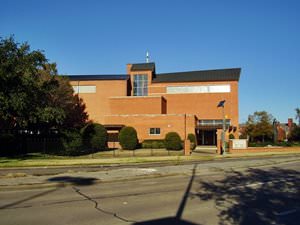 Facts:
» St. Paul's United Methodist Church is located in the center of Houston. It is an unusual religious leader for the urban community and is one of the most beautiful attractions in the city.
»  The church is very attractive from the architectural point of view. The building is decorated with high English Gothic arches and beautiful stained glass windows.
»  Wedding ceremonies have been held here for 100 years.
»  In the church, there is a magnificent organ. You can listen to organ music during ceremonies, musical evenings, and chants.

Cathedral of the Sacred Heart, Houston 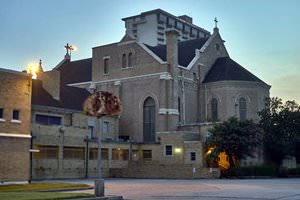 Facts:
» The Cathedral of the Sacred Heart located in the center of Houston is the place of worship for many believers.
»  The magnificent cathedral seats 1 820 people. The total area of the sacred place is about 3 000 m2.
»  Together with the basilica of St. Mary Cathedral in Galveston, the religious building services over 1.2 million Catholics within the Roman Catholic Archdiocese of Galveston-Houston.
»  Due to the growing number of worshipers and believers in Houston, the Holy See allowed the Most Reverend Wendelin J. Nold, the fifth bishop of the Galveston Diocese, to open a cathedral of convenience in the city in 1959. He chose the Church of Sacred Heart to serve as a cathedral and placed an Episcopal chair here.
»  On June 11, 1911, Bishop Gallagher laid the first cornerstone for the Cathedral of Sacred Heart. The project of the construction was presented by architect Olle Lorehn. The building was rebuilt and extended many times.
»  The church became a cathedral and was dedicated to God’s service only on April 14, 1912. It cost $96 669. When the construction was completed, the temporary church served as a school. 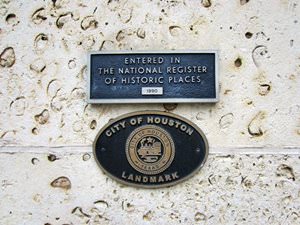 Facts:
» The Houston City Hall was built in 1938-1939. The building is surrounded by Tranquility Park. There is also the Houston Public Library near it.
»  The Mayor of Houston and City Controller have their offices in this significant building. Council Members have their offices across the street in the annex of the City Hall. Every Tuesday at 13:30 and every Wednesday at 9:00, the Houston Council hold a meeting here.
»  Joseph Finger, the architect of the Houston building, wanted to install statues of John Kirby Allen and Augustus Chapman Allen on the facade but the city was short of funds. The statue project was dropped by the head of DRT. Thanks to the head of the Oran M. Roberts Chapter 440, statues of the Allen Brothers were ordered and cast in bronze.
»  On June 15, 2008, world-famous surgeon Michael E. Debakey lay in the state building when he died due to natural causes. He was the first person had such an honor.
»  The interior of the lobby floor of the Houston City Hall represents the protective role of government.

This guide to cultural sights Houston is protected by the copyright law. You can re-publish this content with mandatory attribution: direct and active hyperlink to www.orangesmile.com.
Houston - guide chapters 1 2 3 4 5 6 7 8

What to visit during two-day excursion in Houston

Art galleries in Houston and around
♥   Art museum 'Houston' Houston, 0.7 km from the center. On the map

♥   Art museum 'Menil Collection' Houston, 4.3 km from the center. On the map

Cathedrals and basilicas near Houston
♥   St. Mary’s Cathedral Basilica, Galveston, 75.1 km from the center. On the map

Photogallery of cultural heritage of Houston

Excursions over cultural sights of neighbours of Houston

San Antonio
The Alamo Mission Fortress is the main historical symbol of the city and the most important landmark of Texas. The history of this outstanding structure is very unusual. It is the former Mission San Antonio de Valero. The construction of the Catholic mission started in 1744, shortly after the foundation of the new city by Spanish settlers. A noteworthy fact - the mission was ... Open »
Dallas
West End is considered the historic district of the city. Its territory is home to a few dozen buildings constructed in the end of the 19th century. Many historic buildings have been converted into museums and galleries. As a rule, excursion programs in Dallas include visits to Deep Ellum district as this is the location of Lakewood Theater. The territory of the quarter is ... Open »
Texas
There is also mysterious Terlingua Ghost Town in Texas. It has become the permanent venue for the Chili Festival. It has a huge number of historical objects, each of which is associated with an interesting story. Texas is famous for its beautiful skyscrapers situated in all major cities of the state. Among its architectural monuments there are unique objects, including ... Open »
New Orleans
Each quarter of New Orleans is a piece of unique culture and focus of significant historical monuments and landmarks. One of the highest tourist interest districts of the city is still the French Quarter which has preserved numerous majestic mansions and palaces. The heart of the quarter is the Bourbon Street being a place of concentration of popular night entertaining ... Open »
Oklahoma City
Large and buzzing Oklahoma-City attracts active leisure fans, shopping addicts and night entertainment seekers. Touring fans will be stunned with a vast choice of landmarks and sights to explore in the city. The most visited spot of tourist interest is the Oklahoma City National Memorial and Museum devoted to the tragic event of the 11th of September, 2011. The memorial is ... Open »
Monterrey
Still the fans of on-water recreation and entertainment will not get bored in the city as the most important landmark of the city is the Canal De Santa Lucia. Each day engaging canal excursions are held for the guests and visitors of the city which at best perform the majesty of the manmade canal and the breath-taking beauty of the sightseeing attractions set around the ... Open »

Culture guide to Houston. Which fascinating sights to visit once you are in Houston: temples, churches, museums, theaters and castles. Recommendations (with addresses, phone numbers and links) on the places 'must visit' in Houston. Plan your own city excursion by using this page info!