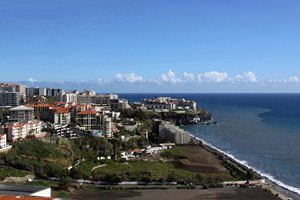 The Mediterranean climate is dominant in Portugal. The ocean has a huge influence on its formation. Air masses coming from the ocean make the temperature in Portugal lower than is customary for this climatic zone. There is a high humidity in the mountainous regions. In these regions, an average of 2,000 millimeters of precipitation falls a year, whereas in the south it does not fall more than 500 millimeters. The weather in the southernmost regions of the country is hotter and drier. The climate on the island part of Portugal is mild, without exhausting heat and severe frosts. In general, the country has the largest number of sunny days throughout Europe as a whole.
What you need to know about Portugal prior to visit - advices
Staying in a foreign country involves respecting her cultural traditions and rules. Portugal in this sense is no exception. The price of snacks in …
Read further
Spring begins in Portugal from the first days of February and in the northern regions, in the first days of March. The amount of precipitation is gradually reduced. The temperature in March is around 16-17°C. With the onset of April, there are more and more clear days. Precipitation may fall, but it is extremely rare. The temperature fluctuates within 19°C. The day/night temperature fluctuation is about 10°C. In May, the daytime temperature reaches 22°C and the water temperature warms up to 17°C.
June is considered the most comfortable month from a climatic point of view. The daytime air temperature during this period reaches 25°C. Sunny days last at least 10 hours, although the temperature of the water in the ocean continues to be low, enough for a beach holiday. However, due to the flowing Gulf Stream, the water temperature on the islands at the end of June reaches 21°C. In the mountainous regions of the country, even by mid-July the air temperature does not rise above 19°C. The weather is at its warmest in August; the temperature climbs to 28°C. Copyright www.orangesmile.com
What to see and what to visit in Portugal with children
Portugal offers a wide range of entertainment for children of all ages. Adults are given the opportunity to take long walks and appreciate the …
Read further
With the beginning of September, the temperature of air and water gradually begins to fall. In the first days of October, there are cold rains almost every day but at night, it becomes significantly cool. Nevertheless, the temperature of water and air on the islands at this point is about 23°C. However, with the onset of November it gets even colder there; sunny day becomes shorter and there are strong winds. In December, the air temperature is about 13°C. Only in the northern mountainous regions can the temperature drop to 5°C. Frosts as a rule, does not occur at this time. In January, there is a lot of precipitation. On average there are at least 12 rainy days in a month.

Top periods for vacation in Portugal 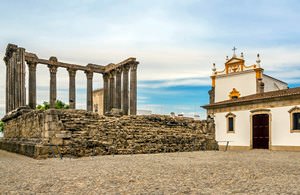 Tourists can visit Portugal at any time of the year, thanks to the mild climate of Portugal. Everything depends on your financial possibilities and personal preferences. The peak of the tourist activity takes place usually in the summer months. During this period, there is the most comfortable climate for a delightful beach holiday. This is especially true on the island territories. The beach season begins from the end of April, although the water temperature in the Atlantic can be only 15 degrees. Also, quite a lot of tourists come to Portugal for the New Year and Christmas holidays. A relatively low season is recorded at the end of autumn and lasts until mid-April. The weather during this period is quite unstable, rainy, so not everyone risks going on vacation during this period. Although, of course, it is during winter on the islands that you can save up to 50% of your budget and all the same enjoy this ecological recreation.
Most romantic hotels in Portugal
The best hideaways for couples in love, as well as top hotels for wedding and honeymoon.
Read further
Thanks to the long Atlantic beach line, fans of windsurfing often come to Portugal. The best conditions for this type of sport are created in the country throughout the year. According to the instructors, the best time for this sport is at the beginning of May and until the end of November. Large waves are observed in February, April and September. Portugal also has all necessary conditions for excellent fishing and spear fishing. Night fishing season is open all year round. The best catch is usually between mid-summer and mid-autumn. In Portugal, you can catch blue marlin, gold mackerel and fish sword. Hunting for lamprey begins in the first days of March. 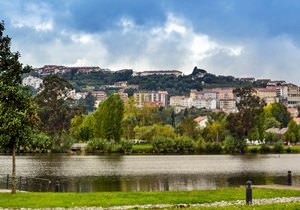 To get acquainted with the UNESCO monuments in Portugal, it is better to plan your trip from the end of April until the end of June. Popular excursion tours are organized in September and October. The cruise season starts in Portugal in the middle of spring. The ski season lasts only two months, from January to March. The only ski resort of the country will pleasantly surprise beginners of winter sports. In order to try balneal resorts and SPA hotels, it is best to choose the second half of autumn and spring for your holiday. To get acquainted with the customs of the country, to understand their mentality and get to know the traditions, it is best to visit the country during national holidays. For instance, the country celebrates Independence Day on October 5th. Many carnivals and fairs take place in February. In the middle of summer in Agueda they arrange an enchanting show of umbrellas.

1. You can zoom in to Portugal using the '+' button, or check temperatures around the globe by the '-' button.
2. Besides this, you can grab the map by your mouse button and move it to see the temperature in other regions.

Sightseeing of Portugal in photostream

Lisbon
3. Many local museums and galleries offer free entrance once in a week. On the schedule of working hours of cultural and enlightenment establishments as well as the discounts one can inquire in any tourist information service. 4. The city guests should take into account that most stores and public institutions are not operating through the daytime period of 12.00 till 15.00-16.00. Institutions start working rather early in most cases from 8.00 – 8.30 and in the evening hours can still be … Read more

Albufeira
3. Large restaurants often include tips into the total. If tips are not included, you should leave a bonus of 10% of the amount to a waiter. 4. Greeting each other is a sign of good manners in local stores and public places. A slight nod of head is a sufficient greeting. All other people present in a shop will certainly respond by the same greeting. 5. Bargaining with sellers is acceptable in street markets and small private shops only. Do not try to bargain in shopping complexes. … Read more

Porto
3. All best restaurants dedicated to national cuisine can be found in Cais da Ribeira district. There are fairly inexpensive facilities that will be definitely liked by thrifty tourists. 4. The best place to buy gifts and souvenirs are the stores located on Santa Catarina Street. Here you will find widest choice of antique shops and souvenir outlets. 5. Travelers are recommended to visit the city during the days of national holidays. Holidays in Porto are always very interesting and … Read more

Funchal
3. It is comfortable to navigate around the city on foot. The main form of public transport is a bus. It is recommended to buy tickets in advance, as in this case, you can save considerably. In the kiosk the two-way ticket will cost about 2.2 euros, while one-way ticket, if you decide to buy it from a driver, would cost about 1.8 euros. 4. During a year, there is a good and moderately warm weather on the resort. The hottest month is August; however, and at this time of year daily temperature … Read more

Lagos
3. Women who are accustomed to wearing shoes with heels should definitely take a pair of comfortable shoes of sports type to the trip. The fact is that the majority of pedestrian paths and sidewalks in the city are lined with small tiles; it is very uncomfortable to walk along such roads on high heels. 4. Going on vacation to the country, it’s better to clarify local rules in advance. Picnic is possible in the strictly defined part of the territory; a large fine is collected in case of … Read more

Portimao
3. Ambassadors of the fair sex need to refuse the high heels. It happens because the majority of local streets are covered by cube, so it is not comfortable to walk on high heels. Excellent alternative variant is platform shoes, it is possible to buy these shoes in every local shoe store. 4. Lover of picnic need to take into account that they must set up fire only in the special places, there are big fines for these offences. As a rule all the beaches and parks have the zones for picnic, and … Read more

Vilamoura
3. Do not forget to leave tips in restaurants and cafes of the city. As a rule, the size of tips is about 10% of the total cost. Taxi drivers should also receive small rewards. A tip of 5 - 10% of the total charge will be sufficient. 4. Travellers who expect to devote much time to shopping should pay attention to the shoes and clothes by local manufacturers as they are renowned for their high quality. Among the most popular souvenirs that travellers enjoy to get from the trip are items … Read more

Braga
3. Despite the fact that the crime level in the city is one of the lowest in the country, tourists should be very careful in public places. Do not leave your belongings unattended at restaurants and cafes, and do not put valuable items to your pocket – you may become a victim of pickpockets who work in shopping malls and public transport. 4. Fans of luxury can choose to live not only in posh hotels, but also in the so-called "pousadas" - ancient castles. Many of them are equipped with … Read more

Map of popular regions of Portugal