Sightseeing in Pico Island - what to see. Complete travel guide 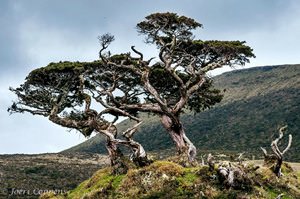 Ilha do Pico Island is part of the Azores archipelago. It is a focus of unique natural attractions of world significance. The main symbol of the island is Mount Piko - an extinct volcano, as a result of whose activity the island appeared. The unique nature of the island is not the only feature of Pico. The diversity of fauna on the island and its coastal waters are amazing. One of the most favourite entertainment for guests of Pico is dolphins and whales watching. The most fortunate travellers can see rare species of cachalots. Relatively small in size, the island offers every assistance for a diverse and interesting holiday.
Family holidays with kids in Pico Island. How to entertain your child, things to show to children.
Pico Island will please active children who are ready to try something new with their parents every day. There are a lot of quite interesting architectural attractions that will definitely …

Open
Ancient churches and chapels seen in all major cities, are the main architectural monuments of Ilha do Pico. In the picturesque town of Madalena you can see Santa Maria Madalena old church, which managed to survive until today in its original form. In the city of San Roque there are two important historical sights - São Roque Church and a mysterious monastery of São Pedro de Alcântra. Many exciting legends are associated with this monastery.
Fans of walks in historical places should definitely look into the city of Lajes, whose main historical object is São Pedro monastery. Nearby, is a beautiful Nossa Senhora da Conceição Church, built in full accordance with national traditions. Copyright www.orangesmile.com
Cuisine of Pico Island for gourmet with top restaurants and cafe
Pico's cuisine consists of a combination of Portuguese culinary traditions and the inventions of island chefs. In local restaurants, in addition to a variety of fish dishes, there is a wide …

Open
A walk through the ancient fishing town of Lajes will be an ideal place to explore the life of indigenous population. Here, operates Baleeiros museum, which is unique in its kind. Its exposition is dedicated to the main providence of the indigenous population - whales slaughtering. Nowadays, whaling is forbidden, but a few decades ago it was the only way to livelihood for the locals. The museum tells its visitors about brave navigators, who became famous for their deeds and presents a lot of interesting historical artifacts. 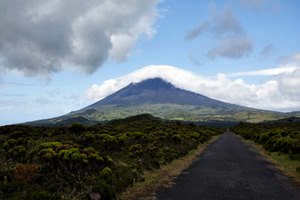 The extinct Pico volcano remains the main symbol of the island. Its last eruption occurred more than 300 years ago. Rise to the peak of the volcano, whose height is 2352 meters, will occur an unforgettable adventure. During an excursion, participants can admire the most diverse natural landscapes, from unique tropical forests, to deserted Martian sites. Pico Alto, the crater, also deserves special attention. It also differs by its impressive scale. The diameter of the rounded crater is about 700 meters, and its depth is more than 30 meters. Many travellers stay on top of the volcano for the night, to see dawn in this unusual place in the early morning.
Authentic traditions, festivals and lifestyle of Pico Island inhabitants
Locals are good for foreigners trying to speak Portuguese, even with mistakes. However, there are many people, especially those who live or work near major beaches and tourist attractions …

Open
Pico's foothills are a real well of amazing natural formations. Here, among the vast rain forests, beautiful lakes - Paúl, Capitão and Caiado took shelter. Those who wish to take photos against the background of lifeless Martian landscapes, should go to the northern coast of the island. There are several fields of solidified lava here. The most beautiful and large-scale are Mistério das Bandeiras and Mistério da Prainha plateaus. A very unusual natural formation is the frozen lava flow named Arcos do Cachorro, which is a continuous series of grottoes and tunnels. Lovers of natural attractions, should definitely take a walk along one of the natural reserves of the island. Caiado Lake is considered the most beautiful one. 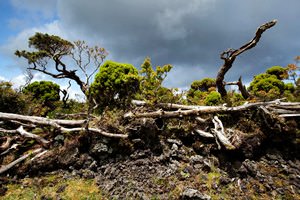 Ilha do Pico is a charming small island that has become an incredibly popular beach destination. The island also has ideal conditions for scuba diving. Ilha do Pico has rich marine fauna – a large population of whales lives not far from the island. In total, more than 20 species of these fabulous animals live in this region. Travelers can see them during boat excursions, while experienced divers will be thrilled with an opportunity to dive to the sites where these animals live. Such underwater excursions are always conducted together with an experienced guide, so they are absolutely safe.
Excursion over cultural sights of Pico Island - 'must visit' points of interest
Ilha do Pico is sometimes called simply Pico. Portuguese began to settle the island in the 15th century, along with the rest of the Azores archipelago. When more settlers arrived to the …

Open
Besides that, coastal waters have become home to dolphins, watching which will certainly leave many unforgettable memories. Beautiful coral reefs grow not far from Ilha do Pico. These reefs provide shelter to numerous exotic fish, squids, stingrays, jellyfish, and many other inhabitants of the deep sea. The island has many exotic and beautiful beaches. Ilha do Pico has an unusual landscape because it was formed by numerous volcano eruptions. In the northern part of the island, close to Mistério das Bandeiras, one will see large areas of petrified lava. The region close to Arcos do Cachorro has an incredibly complicated and unusual terrain.

This guide to iconic landmarks and sights of Pico Island is protected by the copyright law. You can re-publish this content with mandatory attribution: direct and active hyperlink to www.orangesmile.com.
Pico Island - guide chapters 1 2 3 4 5 6 7 8

City tours, excursions and tickets in Pico Island and surroundings

Search touristic sites on the map of Pico Island

Sightseeing in regions nearby Pico Island

Ilha do Faial
There are many amazing churches built in the 17th - 18th centuries, they can be seen in almost all localities. The oldest settlement on the island is Sedrush village. You won’t find a better place to explore the way of life of indigenous people. There you can see amazing residential buildings, look into craft shops and enjoy classic home-cooked meals in one of the cozy ... Open »
Azores
The oldest buildings and most beautiful lakes can be found on the biggest island of the archipelago – Sam Miguel. Here you should definitely visit the Church of St. Sebastian, Fonte Bela Palace, the Church of St. Peter, the Town Hall, and the house-museum of Carlos Machado. The capital city of the island, Santa Maria, is a place where you can find oldest buildings and see ... Open »
Graciosa
One of the symbols of the island are windmills. Quite recently, they numbered about more than thirty. Nowadays, guests of Graciosa can see only four of them. Two windmills are located in the capital of the island. A significant part of historical buildings, interesting to explore, is concentrated on the territory of the capital. The city of Santa Cruz de Graciosa resembles a ... Open »
Terceira Island
The historic capital of the island is the town Angra do Heroismo. All of its territory is considered a historical monument of world significance. Here you can see the most gorgeous buildings of different eras. One of the most spectacular landmarks is the Supreme Court building. The town Sao Mateus da Calheta is perfect to explore the island's history and culture of the ... Open »
Ponta Delgada
Do you like beach recreation? There are no coastal areas suitable for swimming and sunbathing in the city. For this purpose, many locals and guests of the city prefer to visit Sao Roque Beach that is located approximately four kilometers from Ponta Delgada. The water temperature is twenty-two degrees in summer, so it is comfortable to relax on Sao Roque during the entire ... Open »
Sao Miguel Island
The capital of the island is the city of Ponta Delgada; old streets survived there represent its main treasure. Strolling through the city, you can see beautiful buildings everywhere; most of them were erected in the 18th century. However, main sightseeing sites of San Miguel are its natural attractions. The starting point of many excursions is Sete Cidades lake. It’s ... Open »

All about Pico Island, Portugal - sightseeings, attractions, touristic spots, architecture, history, culture and cuisine. Prepare your trip together with OrangeSmile.com - find out the 'must see' things in Pico Island, which places to visit, which excursions to take, where the breathtaking views are waiting for you. Planning your trip with this travel guide will help your to get the most out of Pico Island in few days.