Sightseeing in Funchal - what to see. Complete travel guide 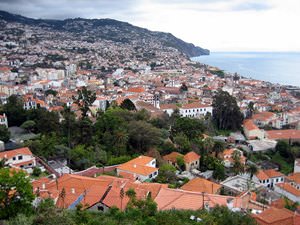 This city is located on the south coast of Madeira. This is a major trading port and a famous beach resort that is popular among tourists from different countries of the world. Funchal is located in a picturesque land among beautiful hills and spacious meadows, which are very close to the coastal zone. In addition to beautiful beaches and largest choice of entertainments there are really many historical monuments here.
Authentic traditions, festivals and lifestyle of Funchal inhabitants
The picturesque city with a history covering more than five centuries has a lot of unique and interesting national holidays. The name of Funchal derives from fennel, because several …

Open
The central square of the city is the location of the cathedral built in the beginning of the 15th century. The decoration of the cathedral’s halls is no less impressive comparing to its magnificent and rigorous look. You will not find any excessive details here, but every piece of furniture is picked up strictly. Mercado dos Lavraderos market is, without a doubt, the liveliest place in this city. The selection of exotic fruits, vegetables and seafood here is really huge. In addition to shopping malls the market features a large selection of souvenirs and handicrafts.
Avenida Do Mar Street, which stretches along the coast, is the best place for walking. Here you will find best cafes and restaurants, and will be offered to try the traditional coffee of this place named "chineza" and excellent sweets. The street will take you to a huge breakwater, which goes far into the bay. This breakwater features beautiful views of Funchal. If you want to enjoy the panorama of the city from a bird's eye view, you are welcome to rent a helicopter. Copyright www.orangesmile.com
Excursion over cultural sights of Funchal - 'must visit' points of interest
Funchal is known primarily as the center of beach and sports facilities. The resort is famous for its luxurious accommodation and stunning beaches. Fans of excursions would also like the …

Open
We should be more detailed about the beaches of the resort. The most visited one is Praia Formosa. The sea here is clear and calm, so this beach is perfect for tourists with children. Diving enthusiasts will also find much fun there. There are also several playgrounds, cafes and bars on this beach. Doca do Cavacas is more than just a beach. This is a complex of several natural swimming pools; a special tunnel will lead you to one of the city's beaches. Praia do Gorgulho is the most secluded and quiet beach of this place. It is located in a remote part of the city and is not equipped as good as the abovementioned beaches. 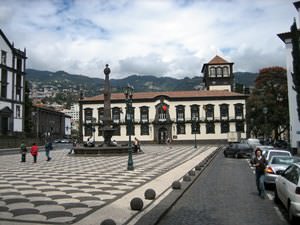 Nowadays, the Wine Museum is located in one of the centuries-old wineries. Its exposition is really varied. You can see the old equipment that was used to make wine in the 17th century, documents, and plenty of old stuff, more or less connected with the history of winemaking. There is the opportunity for museum visitors to visit the tasting room, and try the most popular wines from local factories.
Your active city break in Funchal. Attractions, recreation and entertainment - best places to spend your day and night here
Funchal is a great resort for those who prefer to spend time in the fresh air. There are magnificent beaches and a lot of beautiful places to walk, a number of attractive markets for …

Open
Madeira’s Botanical Garden is located a short distance from the city center. Currently, it covers an area of about 8 hectares. In total, about 3000 species of plants brought from various countries of the world are represented in the garden. Here, you'll see rare species of azaleas and magnolias, admire slender palm trees and rare species of orchids. The opening of the botanical garden took place in 1960. An interesting Natural Science Museum is operating on its territory recently. There is also a special pavilion with parrots there. 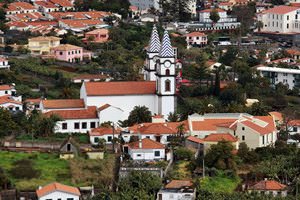 The Quinta do Paleira garden is considered the most beautiful on the island. It will amaze with a variety of incredible exotic plants, flowers, and landscape decorations. The garden is historic. It was structured around the old manor in the 19th century. The manor was kept till our time, however, tourists are only allowed to marvel at the appearance of the estate. There're no guided tours. The garden, on the contrary, is entirely at the disposal of the public. A walk through the garden will turn into a fascinating excursion.
Advices to travellers: what you should know while being in Funchal
1.Luxury hotels are situated mainly in the western part of the resort. They feature quite high prices, so it makes sense for budget travelers to pay attention to hotels at other areas. 2. …

Open
Guests of Funchal can also visit San Tiago fortress. It was built to protect the port area in 1614. Today, the fort is located on the territory of a picturesque historic district, whose entire territory is available for guided tours. A part of the historical building is occupied by the exposition of the Museum of Modern Art. A famous restaurant is found on the territory of the fort. It is considered one of the most romantic in the city due to a panoramic view of the coast from the open terrace. 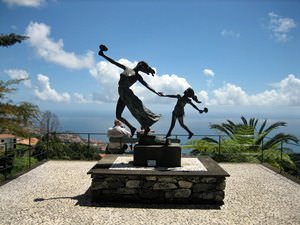 The monastery of St. Clara, founded in 1496, is one of the oldest buildings on the island. The monastery is a real treasure trove of artistic and religious values. It contains a wonderful collection of paintings of the 17th and 18th centuries. The complex of buildings of the monastery alone is of great architectural value.

This guide to iconic landmarks and sights of Funchal is protected by the copyright law. You can re-publish this content with mandatory attribution: direct and active hyperlink to www.orangesmile.com.
Funchal - guide chapters 1 2 3 4 5 6

City tours, excursions and tickets in Funchal and surroundings

National and city parks around Funchal
♥   Nature Park 'Madeira' , 14.1 km from the center. On the map

Sights around Funchal from our guide 'Extreme places on Earth' 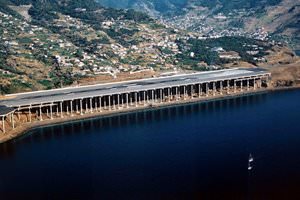 Distance from Funchal center - 14.4 km.
The airport was opened in 1964 and was reconstructed for the last time in 2000. At this period, the length of the runway was increased to 2,777 meters, which made it possible to receive the large aircraft. One of the biggest accidents happened in the airport in 1977, when the airline TAP could not load 425 on the short runway of 1,600 meters. After the death of the 131 passengers, it was decided to carry out the modernization of the airport, which was recently completed. … Read further

Search touristic sites on the map of Funchal

Sightseeing in regions nearby Funchal

Camara de Lobos
Swordfish is the main delicacy in the region. Locals call it espada preto. If you look at it, you will notice that this fish looks more like a saber than a sword. Local fishermen catch this delicacy deeper in the ocean. The fish looks scary and can be 3-4 meters long. Despite the look, it tastes divine. The meat of swordfish is tender and juicy. The most important is to cook ... Open »
Madeira
Visitors will also find a unique ancient forest named Laurisilva in Madeira. The forest appeared yet during the Tertiary era and managed to survive thanks to the moderate and mild climate. Funchal is the capital of Madeira and an interesting place with numerous fascinating attractions like Se Cathedral made of lava with the ceiling inlaid with ivory and wood, Franciscan ... Open »
La Palma Island
La Zarza archeological area is highly recommended for fans of history. According to scientists, that’s where the very first island habitants have settled down. Petroglyphs on the cliffs acknowledge that, but their meaning is still a mystery. La Zarza area is probably the most interesting on the island and there are lots of legends and scientific theories associated with it. ... Open »
Puerto de la Cruz
Puerto de la Cruz is surely rich in historical monuments. You should definitely make a walk through the main square, Charco, where is located a statue depicting the Virgin Mary. San Felipe Castle is one of the oldest architectural places of interest of the city. Miranda House is, probably, the most famous modern institution. The most popular gift shop of the city is opened in ... Open »
Canary Islands
The Canary Islands are home to majestic Mount Teide. The most curious travelers can climb to the volcano and enjoy panoramic views there. Another popular activity is high-seas fishing. Every day, yacht trips for tourists are arranged; you can go fishing at the daytime or at night. It’s worth to tell a little bit more about the night entertainment program. There are lots of ... Open »
Tenerife
The most famous ancient monuments of this place are the pyramids of Guymar, which are located in the eastern part of the city. The purpose of this architectural complex remains a mystery up to our days. Nowadays Ethnographic Park is organized around the pyramids. The staff of this complex will tell all visitors about their studies and assumptions concerning this mysterious ... Open »

All about Funchal, Portugal - sightseeings, attractions, touristic spots, architecture, history, culture and cuisine. Prepare your trip together with OrangeSmile.com - find out the 'must see' things in Funchal, which places to visit, which excursions to take, where the breathtaking views are waiting for you. Planning your trip with this travel guide will help your to get the most out of Funchal in few days.