Sightseeing in Graciosa - what to see. Complete travel guide 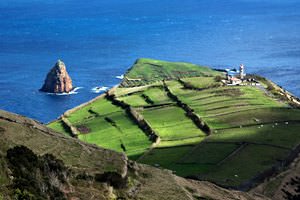 Graciosa is one of the most interesting and peculiar islands of the Azores. Incredibly beautiful landscapes, an abundance of miniature snow-white buildings, a picturesque coast and a pleasant atmosphere of tranquility and harmony - these are the main distinguishing features of the charming volcanic island. Graciosa has long attracted travellers, who love to be close to nature. There are a lot of beautiful places for walks, magnificent beaches and fascinating historical sites.
Top hotels in Graciosa for business trip or short vacation
On the Graciosa Island, there are only three hotels and each of them attractive in their own way. For holidaymakers who got used to staying at the highest-level hotel, the hotel Graciosa is …

Open
One of the symbols of the island are windmills. Quite recently, they numbered about more than thirty. Nowadays, guests of Graciosa can see only four of them. Two windmills are located in the capital of the island. A significant part of historical buildings, interesting to explore, is concentrated on the territory of the capital. The city of Santa Cruz de Graciosa resembles a large open-air museum.
In addition to the windmills, many original old streets and luxurious mansions that have adorned the island since colonial times, have been preserved here in their original form. One of the oldest buildings is Church of Santa Cristo, the construction of which took place in the 16th century. The religious landmark has witnessed many important historical events. It is a unique architectural monument with many nice features. The religious structure of the later period is a Cathedral, which was founded at the turn of the 17th and 18th centuries. It also managed to survive almost pristine. Copyright www.orangesmile.com
Shopping in Graciosa - main shopping streets, outlets and boutiques
As you decide to go to Graciosa Island, remember that it’s far not the biggest island of the Azores, so there are not that many shops here. It won’t be a problem to buy basic …

Open
Guadalupe Church is a true example of the early Baroque, which is sure to interest lovers of ancient architecture. Among other outstanding sights of the capital, it is necessary to mention the Local History Museum with its rich collection of historical finds. In addition to unique historical sites on the territory of Graciosa Island, there are curious natural attractions. 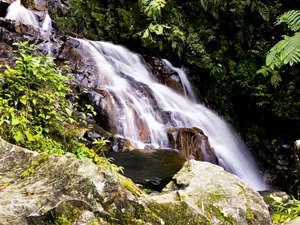 A sulphurous cave Furna do Enxofre remains one of the most visited landmarks. It's a very interesting natural formation, that has been formed exclusively under the influence of the forces of nature. The entrance to the cave is located in the crater of an extinct volcano. Its depth is about 100 meters. The tunnel ends up with a large grotto with a domed vault whose height is about 18 meters. There is also a crystal clear sulphurous lake, whose diameter is 130 meters. Admiring this magnificence, it is hard to imagine that such an orderly and harmonious creation appeared without human participation.
Family holidays with kids in Graciosa. How to entertain your child, things to show to children.
Graciosa Island isn’t the largest island of the archipelago. Nevertheless, there are lots of facilities for exciting holidays with children. The best option would be to choose major …

Open
Carapacho area, known for its healing mineral springs, is also among natural landmarks. Here, two high hills Facho and Timão are located. They are ideal places for admiring the picturesque landscape. A usual walk through the ancient streets will also give a lot of impressions. Everywhere you can see beautiful architectural structures, encircled in lush gardens and the abundance of flowers. 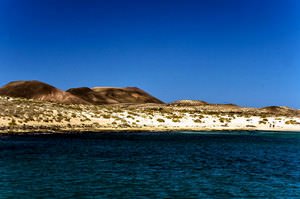 An absolutely charming small island with exotic nature, Graciosa will impress gourmet travelers. Local gastronomic traditions were much shaped by the Portuguese cuisine. Local restaurants offer a fantastic choice of meals with fish and seafood. Stewed and roasted fish is the usual food of locals that they eat on an everyday basis. Besides fish, local restaurants offer lobsters and crabs, as well as various mussels.
Cuisine of Graciosa for gourmet with top restaurants and cafe
Here on Graciosa Island, the local cuisine is a sort of mixture of Portuguese cooking traditions and unique cooking discoveries of local chefs. Originally, people who were coming to the …

Open
Travelers, who are indifferent to fish and seafood, will be charmed by local pastries. Queijadas da ilha graciosa is a popular dessert on the island. This dish is somewhat reminiscent of traditional cottage cheese pancakes. The island is also famous for its special type of sweet bread that is called massa sovada. Lamperia de ovos is one more popular national dish that is cooked from eggs. On Graciosa, there are several wineries that produce magnificent white wine. Besides wine appetizers, guests can order locally made brandy. 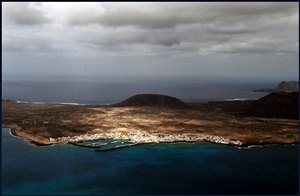 Despite the fact that the island’s coast is a rocky one, there are several quality beaches covered with volcanic sand. The majority of coastal areas suitable for beach recreation are located on the south and east coasts. As a rule, fans of swimming and sunbathing head to such picturesque settlements as Caleta de Sebo and Casas de Perdo Barba. Coastal waters have rich underwater life, so it is not rare to see people with snorkeling masks on local beaches. There are also several suitable areas for divers where they can enjoy the gorgeous underwater world.

This guide to iconic landmarks and sights of Graciosa is protected by the copyright law. You can re-publish this content with mandatory attribution: direct and active hyperlink to www.orangesmile.com.
Graciosa - guide chapters 1 2 3 4 5 6 7 8 9

Search touristic sites on the map of Graciosa

Sightseeing in regions nearby Graciosa

Pico Island
Fans of walks in historical places should definitely look into the city of Lajes, whose main historical object is São Pedro monastery. Nearby, is a beautiful Nossa Senhora da Conceição Church, built in full accordance with national traditions. A walk through the ancient fishing town of Lajes will be an ideal place to explore the life of indigenous population. Here, ... Open »
Ilha do Faial
Volcanic islands are famous for their amazing natural attractions; sightseeing is the basis of any excursion program. In the immediate vicinity to the island's capital, Horta, there is the coastal area of Punto Furada that would be interesting to explore. During formation of the island there appeared a series of stunningly beautiful lava caves and arches that are striking in ... Open »
Terceira Island
The historical monument of the later period is the Holy Ghost Chapel; its construction took place in the 19th century. Nearby there is another unique religious monument, the parish Church of Santa Barbara. The first religious building on its place has been built in the 15th century, since than the church was being continuously rebuilt and changed its shape. Interior of the ... Open »
Azores
One of the most unforgettable caves is located on the Terceira Island and is called Algar do Carvao. It was created at the times of volcano explosion and looks like a 100 meter long tube made of cold magma. The island’s capital, Angra do Heroísmo, has such well-known sights as São João Baptista and San Sebastian fortresses, Kapitaish Zheneraish and Betancourt castles, ... Open »
Ponta Delgada
Initially, the length of Gruta do Carvao was more than five kilometers. Unfortunately, many tunnels were destroyed by rock slides, and so it is impossible to reach them anymore. Nowadays, many tourists visit Ponta Delgada every year, and the majority of them visits the caves to take a stroll in the stone corridors, see different types of lava, and take pictures with numerous ... Open »
Sao Miguel Island
The largest of the Azores, San Miguel, has long begun to attract curious travelers. People come here to see its priceless historical monuments, have a scenic stroll and relax at charming beaches untouched by civilization. San Miguel owes its unofficial name, "Green Island", to picturesque landscapes and a huge number of unique natural attractions. Travelers preferring to devote ... Open »

All about Graciosa, Portugal - sightseeings, attractions, touristic spots, architecture, history, culture and cuisine. Prepare your trip together with OrangeSmile.com - find out the 'must see' things in Graciosa, which places to visit, which excursions to take, where the breathtaking views are waiting for you. Planning your trip with this travel guide will help your to get the most out of Graciosa in few days.