Sightseeing in Cascais - what to see. Complete travel guide 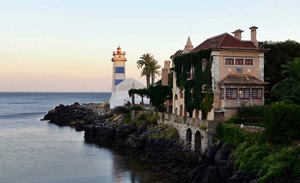 Cascais is a popular beach resort that is also known as the favorite place of rest of the Portuguese royal family. Once this place was nothing but a small fishing village. It was seriously harmed from earthquake in 1755, so the majority of buildings were rebuilt. This is how a railway and electricity appeared on the territory of Cascais. This gave a powerful stimulus to the development of this region.
Your active city break in Cascais. Attractions, recreation and entertainment - best places to spend your day and night here
Cascais is a true paradise for fans of beach relaxation. The resort is famous for its beautiful and well-equipped beaches. Surfers are recommended to visit Guincho Beach - this part of the …

Open
Nowadays the coastal line is occupied by magnificent beaches. The biggest one is named Guincho. This is a true paradise for surfing lovers, because here you will find high and powerful waves. Torre and Ribeira beaches are no less popular. Naturally, the majority of hotels, restaurants, discos and bars are also located in the beach zone. This helps making the rest here diversified and enjoyable. Tourists, who enjoy water attractions, can visit Marine Club that is opened daily.
When sunbathing and beach rest become a bit boring to you, take a walk on cozy streets of Cascais. Houses here are small, but their design is truly unforgettable. They are decorated with carved balconies and ancient tiled roofs. These houses were built in the beginning of the century. Copyright www.orangesmile.com
Advices to travellers: what you should know while being in Cascais
1. Almost every local museum or a gallery announces a free entrance at least once a week. Pensioners and children are usually eligible for discounts in state-owned facilities. In order to …

Open
Fort remains the most famous historical sight of the region. The building of the fort started in the 16th century. Today this building is used to keep the collection of a military museum. One more interesting culture spot of the city is the Municipal Museum. It keeps the collection of archeological findings and pieces of art. Here also often take place musical concerts. On the territory of the city are located several ancient churches, the building of which took place in the 16th century. While walking along the coastal line you can reach a rocky cliff. Because of permanent strong waves a cave appeared in one of the rocks. The cave is named Boca-do-inferno and this is a popular sight among tourists. 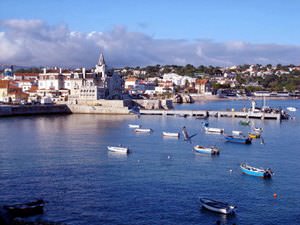 There are many magnificent palaces in the city. One of the most famous and beautiful is Palacio dos Conde de Castro Guimaraes. Within the walls of this palace today, is an incredibly interesting museum, it stores a collection of 25,000 books, which is considered one of the largest in Portugal. Among these books there are real rarities, which are more than 500 years old. In this museum, there is also a rich collection of archaeological finds found in nearby caves.
Extraordinary weekend in Cascais - unusual places, services and attractions for travel gourmet
…

Open
In the immediate vicinity of the resort is the world-famous cliff of Boca do Inferno, which tourists like to visit during the storm. The shape of this cliff is such that the waves beating against it contribute to the creation of an unusual noise, which resembles the growling of a wild beast. For many years, the locals considered this place mystical and made legend about the fact that near the cliff is the entrance to the underworld. Only recently was the mystery of this picturesque place solved. 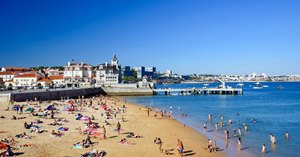 The city has many beautiful places for walking. One of the most comfortable and attractive is the Palmela Park, founded relatively recently. In this park, many beautiful plants have been planted and unusual landscape compositions designed. At the height of the tourist season, music concerts in the open air and other entertainment events are held regularly in this park.
Shopping in Cascais - main shopping streets, outlets and boutiques
One of the most popular shopping points in Cascais is Villa Shopping. This mall houses about one hundred stores, their customers can easily choose chic outfits, perfumes, and accessories, as …

Open
The resort has very interesting religious attractions, including the beautiful Church of the Assumption of Virgin Mary. It is one of the oldest buildings in the city. In 1755 when a major earthquake happened, it remained practically intact. Now in the walls of the church there are many religious artifacts and values. 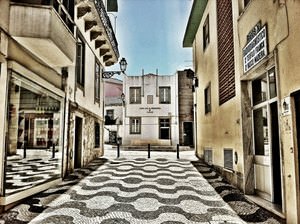 It is also worth mentioning the Convent Piedade, which was founded in the middle of the 17th century. For many years, this monastery housed the world's first official school of philosophy. In the middle of the 19th century, the ancient monastery was in complete desolation. Not so long ago, the historical buildings have been completely restored and several new buildings built. The monastery was converted into a cultural center. It often hosts seminars on art, as well as events dedicated to the history and traditions of the region. Lovers of outdoor recreation will like a walk along a vast picturesque garden, located on the territory of the ancient monastery.

This guide to iconic landmarks and sights of Cascais is protected by the copyright law. You can re-publish this content with mandatory attribution: direct and active hyperlink to www.orangesmile.com.
Cascais - guide chapters 1 2 3 4 5 6 7 8 9

City tours, excursions and tickets in Cascais and surroundings

Survived castles around Cascais
♥   Castle 'Castle of Penas' , 10 km from the center. On the map

National and city parks around Cascais
♥   Nature Park 'Sintra-Cascais' , 10.5 km from the center. On the map

Art galleries in Cascais and around
♥   Art museum 'Museu Colecção Berardo' Lisbon, 18 km from the center. On the map

♥   Art museum 'Museu Calouste Gulbenkian' Lisbon, 23.2 km from the center. On the map

Sights around Cascais from our guide 'Extreme places on Earth' 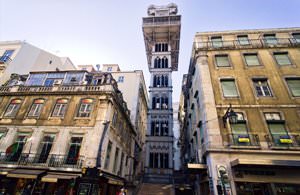 Distance from Cascais center - 24.1 km.
From the upper square, where the elevator provides the passengers, the magnificent panorama opens onto the city, so the old lift attracts the numerous tourists. However, the elevator has not lost the original functional purpose and is actively used by the cityspeople for the rapid movement between the various highways. Elevador do Carmo is located in the center of the old town of Lisbon and has retained its original shape for more than a century. … Read further 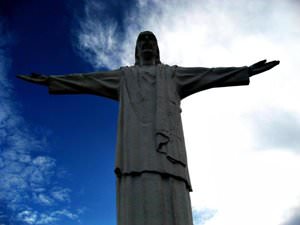 Distance from Cascais center - 21.4 km.
Many pilgrims seek to visit the famous statue of Christ the King on June, 8. On this day, the important religious shrine, the relics of Sacred Heart, is put at the foot of the statue every year. It is also worth noting that the sculpture is located on a small hill at 113 meters above sea level. The statue is equipped with a great viewing platform allowing to admire the nice views of the Tagus River and mountainous areas. Many experienced tourists tend to visit the tourist attraction in the evening. After dark, the monument is illuminated with amazing lighting system. … Read further

Distance from Cascais center - 20.5 km.
The amazing shopping center building is an environmental project. Natural materials were used in its construction. Special energy-saving systems are connected in a large-scale building. The shopping center participates in special waste disposal programs. This also makes it special. The first reconstruction of the shopping center began in 2007. It lasted almost two years. Its interior design was partially changed during this period. Fashionable innovative solutions have been added to it. … Read further

Search touristic sites on the map of Cascais

Sightseeing in regions nearby Cascais

Lisbon
Lisbon is the main port of Portugal, which is located at the mouth of the Tagus River. This city is located in the picturesque place with numerous hills. That’s why Lisbon is also called "city on seven hills". Founded as a large settlement of the tribe of Iberian Lusitano, Lisbon has started its quick development due to its convenient location. After this it was soon ... Open »
Lisboa Region
Nearby there is another picturesque town with an amazing history, Almada. The monument of Cristo Rey has remained the local symbol for many years. It’s located on a small hill with several spacious lookouts around it. After admiring town’s view, you should definitely look into the Museum Casa da Cerca introducing history and culture of the town. The building, which houses ... Open »
Setubal
Located in a wonderful climatic zone on the slopes of low ridges, Setubal is adjacent to the Sierra de Arrábida National Park on one side, and to the Rio Sado River on another. This town is located not far away from the famous Troy peninsula. Setubal is founded on the ruins of an ancient Roman settlement named Cetobria. This place is famous for its attractive streets with ... Open »
Leiria
The central street of the town is named Marques de Pombal. Near the street is located a bus terminal, from which you can easily reach all main cities of Spain (Madrid, Barcelona) and Paris. The railway station is located in the town’s suburb. There are many cafes, shops, and banks in Leiria. The majority of them are the representatives of large European chain stores like ... Open »
Evora
According to historic data, monks decided to build such a scary building as a reminder that death is inevitable. This was particularly true for the Middle Ages as the city had to cope with many troubles at that time. Attacks of alien forces and sudden plague epidemics were claiming many lives of local people. When there was not enough space for cemeteries, the monks decided ... Open »
Tomar
This picturesque town is situated on the bank of the Nabao River. First mentions of the city belong to the 12th century. According to one legend the first settlers of this place were the Templars, who built a fortress on a hill. Steadily new and new buildings appeared around the castle. Today only Charolais Church reminds of the past centuries. This church was built a few years ... Open »

All about Cascais, Portugal - sightseeings, attractions, touristic spots, architecture, history, culture and cuisine. Prepare your trip together with OrangeSmile.com - find out the 'must see' things in Cascais, which places to visit, which excursions to take, where the breathtaking views are waiting for you. Planning your trip with this travel guide will help your to get the most out of Cascais in few days.