Sightseeing in Azores - what to see. Complete travel guide 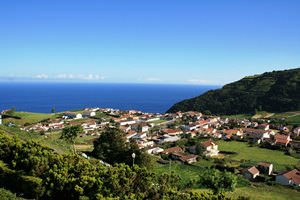 This group of islands in the Atlantic Ocean is a wonderful place of rest for the travellers who seek seclusion and silence. Each island is unique and has its own attractiveness. During their rest travellers can also get acquainted with local sights of the Azores.
Shopping in Azores - main shopping streets, outlets and boutiques
The Azores are not distinguished by a variety of large shopping centers and fashion boutiques. You can take a walk around local shops in search of some great souvenirs and delicacies. In the …

Open
The oldest buildings and most beautiful lakes can be found on the biggest island of the archipelago – Sam Miguel. Here you should definitely visit the Church of St. Sebastian, Fonte Bela Palace, the Church of St. Peter, the Town Hall, and the house-museum of Carlos Machado. The capital city of the island, Santa Maria, is a place where you can find oldest buildings and see traditional lifestyle of the locals. Tourists, who prefer to be close to nature, should visit Pico Island, the most notable sight of which is a volcano named after the island. Graciosa Island is known for its caves, the most famous of them is Furna do Enxofre. Many caves have volcanic origin and so you will find absolutely tremendous underground lakes there. In Graciosa there are also several architectural sights - Santo Cristo church, ancient windmills, a local temple and many residences of the 18th and 19th centuries.
One of the most unforgettable caves is located on the Terceira Island and is called Algar do Carvao. It was created at the times of volcano explosion and looks like a 100 meter long tube made of cold magma. The island’s capital, Angra do Heroísmo, has such well-known sights as São João Baptista and San Sebastian fortresses, Kapitaish Zheneraish and Betancourt castles, several churches and a wonderful cathedral with a treasury that is still full. Flores Island is considered to be the most picturesque place. On its territory you will find 7 volcanic lakes and wonderful waterfalls as well as several ancient churches and houses. Copyright www.orangesmile.com
Family holidays with kids in Azores. How to entertain your child, things to show to children.
Vacation with children in the Azores can be diversified by visiting interesting natural attractions. Some historical sites will be interesting for children. One of the most famous natural …

Open
The real paradise for hikers is the covered with greenery Sao Jorge Island. Here on the fertile volcanic soils rare species of plants grow, some of which are endemic. While walking around the island you can climb to the top of an extinct volcano, with a wonderful view of the nearby villages and vast fields that the locals use to graze cattle. On the island there is a beautiful lake, in which locals catch delicious molluscs. Many gourmets come here specially to try this rare delicacy prepared in the national style. 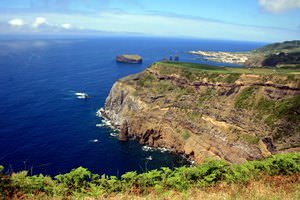 The unique nature park is on the island of File, almost all of its area is taken by calderas, the slopes of which are covered with impenetrable cedar forests. In these picturesque places, too, lay numerous hiking routes, it is most engaging to walk around the reserve together with a guide. The largest of the towns located on the island is Horta. This is an incredibly charming town with colonial architecture, which is preserved in the old port area. Today, Horta is a prestigious resort, with fans of yachting spending their time here regularly.
Cuisine of Azores for gourmet with top restaurants and cafe
National cuisine of the Azores is a unique blend of traditional Portuguese dishes and original chef’s recipes. The methods of preparing some culinary masterpieces are rather peculiar. …

Open
Those who want to stay away from crowded resorts should go to the island of Flores. It is famous for its beautiful mountain waterfalls, and even crystal clear lakes which are filled with the deep turquoise water. These lakes are rich in rare species of trout and carp, here travellers will have the opportunity to go fishing and enjoy delicious seafood dishes at local restaurants. 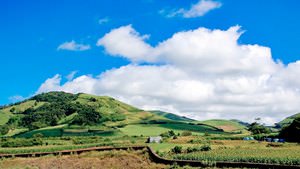 Another great place to relax away from civilization - is the island of Corvo. It is the smallest of the nine islands of the archipelago, almost the entire Island is a volcanic caldera. Here tourists can explore the beautiful hilly countryside and admire the lakes located in the caldera. On this island, there are only a few people, and from the tourist point of view it is the most underdeveloped.

This guide to iconic landmarks and sights of Azores is protected by the copyright law. You can re-publish this content with mandatory attribution: direct and active hyperlink to www.orangesmile.com.
Azores - guide chapters 1 2 3 4 5 6 7 8 9 10 11 12 13 14 15 16

When describing religious landmarks of the country, we cannot fail to mention the Christ the King statue. It was built in 1959 and is an exact copy of the statue located in Rio de Janeiro. The height of the statue is 28 meters; there is an observation deck near the statue, from which visitors will be able to enjoy it stunning panoramic views of Lisbon. … Open

Search touristic sites on the map of Azores

Sightseeing in regions nearby Azores

Pico Island
Pico's foothills are a real well of amazing natural formations. Here, among the vast rain forests, beautiful lakes - Paúl, Capitão and Caiado took shelter. Those who wish to take photos against the background of lifeless Martian landscapes, should go to the northern coast of the island. There are several fields of solidified lava here. The most beautiful and large-scale are ... Open »
Ilha do Faial
Travelers who wish to diversify traditional vacations by exploring historic sites have to take a stroll through the town of Horta. This small town has a number of unique historical buildings; priority attention should be given to the lovely Church of San Salvador. Built in the 18th century, it has fully retained its pristine interior decoration. The religious monument of the ... Open »
Graciosa
Carapacho area, known for its healing mineral springs, is also among natural landmarks. Here, two high hills Facho and Timão are located. They are ideal places for admiring the picturesque landscape. A usual walk through the ancient streets will also give a lot of impressions. Everywhere you can see beautiful architectural structures, encircled in lush gardens and the ... Open »
Terceira Island
Fans of natural attractions won't be bored in the central part of the island, as it has a lot of interesting hiking trails. Some priceless historical sites of Terceira are hidden under the water, so divers will be able to see wrecks of merchant ships and naval frigates off the coast. This picturesque island is ready to offer a rich program of excursions and interesting ... Open »
Ponta Delgada
A small village emerged on the site of the modern resort in 1449. Local people were mostly engaged in fishing. At that time, no one thought that the settlement would ever become the capital of the Azores. In 1546, a devastating earthquake happened in Sao Miguel. This disaster almost completely wiped the city off the face of the earth. This is how Ponta Delgada became the new ... Open »
Sao Miguel Island
Another popular excursion object is old winery Quinta da Jardinette, which would be interesting to everyone. There is a daily fascinating tour including the traditional wine tasting. Those fond of elite tobacco are recommended to visit Maia, where there is the attractive Museum of tobacco, as well as one of the oldest tobacco plants, Fabrica de Tabaco "Estrela". During trip to ... Open »

All about Azores, Portugal - sightseeings, attractions, touristic spots, architecture, history, culture and cuisine. Prepare your trip together with OrangeSmile.com - find out the 'must see' things in Azores, which places to visit, which excursions to take, where the breathtaking views are waiting for you. Planning your trip with this travel guide will help your to get the most out of Azores in few days.