Sightseeing in Portimao - what to see. Complete travel guide 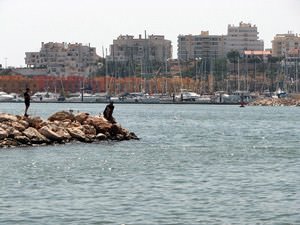 It’s one of the oldest towns on the coast of Algarve. At the times of Phoenicians and ancient Greeks Portimao has already been known as a trading port. Later it became a pirate base on which pirates stored their contraband. In the late 19th century the town was known as a major fishing center. Here were built several canning factories, which provided the majority of revenue to the town’s treasury. The factories and plants operated up to 80s of the 20th century. After this the recession hit the town and Portimao completely changed its orientation and became a famous and popular resort.
Advices to travellers: what you should know while being in Portimao
1. In a lot of local restaurants clients can taste various snacks before the order. Snacks’ price will be included in total payment, clients need to note that number of this snacks are …

Open
Today the only reminder of the industrial past of this place is the museum open in the building of one of old mills. Coast of Portimao is a truly picturesque place well-equipped for recreation. Divers will appreciate calm sea and clear water, and vacationers with children will be able to enjoy beach rest simply every day because there are almost no storms and strong waves here.
In the town there are several historical attractions, visiting which will add a pleasant variety to your program of rest. The district named Alvor is the location of an old church, which construction took place in the 16th century; the Armacao de Pera district is famous by a small fortress built in the early 18th century. Carvoeiro is considered one of the most prestigious areas. Here visitors can enjoy rest in a complex of beautiful villas, located on the coast. Lovers of nightlife and shopping should go to Praia de Vau and Praia da Rocha districts. On daytime there are always many visitors here, which look at shining shop windows and choose gifts, and at night here open numerous bars and discos. Copyright www.orangesmile.com
Extraordinary weekend in Portimao - unusual places, services and attractions for travel gourmet
…

Open
If the town's attractions are not enough for you, it’s time to make a tour to the neighborhoods and visit the famous Estombar Caves.

The Portimão Museum housed in a restored former cannery building was opened in 2008. A significant part of its exposition is devoted to the history of the foundation of the city, its industrial past, as well as cultural traditions. Some of the exhibits are devoted to the region's unique nature, and another interesting feature of the museum is its modern cinema. Every day, it shows documentaries about interesting historical events and exploring nature. 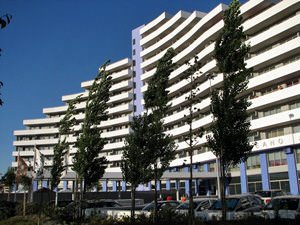 One of the most beautiful architectural monuments of the city is Jesuit College Church. This magnificent religious landmark was built at the turn of the 17th-18th centuries by order of the nobleman Diego Gonçalves. Since its foundation, the church has remained the largest in the Algarve. The old church is attractive both for its unique architectural appearance and rich interior decoration. It has preserved several beautiful old sculptures and elements of decoration made of precious metals.
Cuisine of Portimao for gourmet with top restaurants and cafe
Globally popular Portimao resort is noted for assortment of restaurants of different standards. The most popular restaurants are located in Alvor district; however other resort’s …

Open
Another interesting attraction is the Monastery of St. Francis, which is located in the heart of the city. Founded at the beginning of the 16th century, for many years this monastery had been the main resting place for visiting dignitaries. In 1755, the large-scale monastery building was partially destroyed during the earthquake. It was not possible to restore it, so the monastery fell into decay by the beginning of the 19th century. Today visitors to the historic monument have the opportunity to explore the monastery's preserved galleries, an old church, and a chapter house. 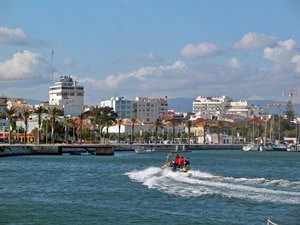 A curious tourist attraction is the old Núcleo Etnográfico railway station building, which has been converted into a museum. It displays a quite interesting exposition dedicated to rural areas of past centuries. The museum's exhibits include traditional costumes of local people, household items, and land cultivation equipment.
Authentic traditions, festivals and lifestyle of Portimao inhabitants
Portimao is central point of one of the most original celebration – Sardine Festival, which is the most favorite for local habitants. For the last number of years this cheerful national …

Open
Those interested in the region's historical agricultural traditions are advised to visit the Parque da Mina theme park. The beautiful manor keeps an interesting collection of household items. The unique structure was built in the 18th century and belonged to a local noble family. The estate is surrounded by a huge park in which vegetables are grown and even farm animals are kept in the warm season. Here you will find great playgrounds for children and a wide variety of places for walking.

This guide to iconic landmarks and sights of Portimao is protected by the copyright law. You can re-publish this content with mandatory attribution: direct and active hyperlink to www.orangesmile.com.
Portimao - guide chapters 1 2 3 4 5 6 7

City tours, excursions and tickets in Portimao and surroundings

Survived castles around Portimao
♥   Castle 'Paderne Castle' , 29.6 km from the center. On the map

National and city parks around Portimao
♥   Nature Park 'Sudoeste Alentejano e Costa Vicentina' , 42.4 km from the center. On the map

Sights around Portimao from our guide 'Extreme places on Earth' 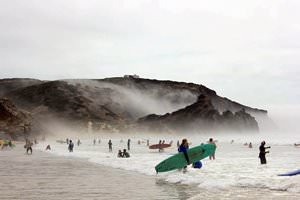 Search touristic sites on the map of Portimao

Sightseeing in regions nearby Portimao

Lagos
... Open »
Albufeira
Albufeira is a large port, an old city and one of the most popular Portuguese resorts. Here you will find everything you need for interesting and comfortable rest – clean beaches, large selection of sights and excursions, modern shops and restaurants, rich nightlife and local color that is hard to transmit unless you visit this wonderful place. The Old City is the most ... Open »
Vilamoura
During excavations on the territory of the town and its suburbs were found multiple traces of ancient Roman settlements. All artifacts found here are safely stored in Cerro da Vila Museum. The main entertainments for tourists are water sports. You will also find multiple diving and surfing schools in Vilamoura. Each beach here is equipped with a center of sports inventory ... Open »
Faro
The largest city in the Algarve province, this is a well-developed economic and cultural center. The production of common salt has played a huge role in the economic development of this place. Rich deposits of sault were discovered in Faro yet in the previous century. This fact has given rise to the appearance of numerous factories. The city remains a major industrial center ... Open »
Algarve
In the suburban area of Faro there are ruins of Alkalar necropolis dating back to the 16th century BC, as well as the ruins of a Roman settlement. Nature lovers can’t ignore Parque Natural da Ria Formosa featuring scenic lagoons and channels, where you can see unique plants, pink flamingos and storks - the main inhabitants of these places. Each resort of Algarve offers a ... Open »
Isla Canela
Among other landmarks of the island, it would be a mistake not to mention Puerto Deportivo Marina Isla Canela. It is a wonderful destination for a stroll. Tourists can admire gorgeous white yachts here, visit popular restaurants, and the biggest shopping center on the island. Not far from the port, there are many playgrounds and attractions for children. Moreover, there is a ... Open »

All about Portimao, Portugal - sightseeings, attractions, touristic spots, architecture, history, culture and cuisine. Prepare your trip together with OrangeSmile.com - find out the 'must see' things in Portimao, which places to visit, which excursions to take, where the breathtaking views are waiting for you. Planning your trip with this travel guide will help your to get the most out of Portimao in few days.