Sightseeing in Setubal - what to see. Complete travel guide 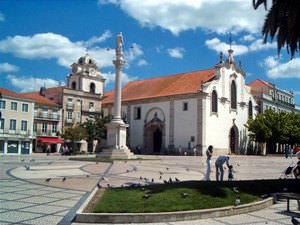 Located in a wonderful climatic zone on the slopes of low ridges, Setubal is adjacent to the Sierra de Arrábida National Park on one side, and to the Rio Sado River on another. This town is located not far away from the famous Troy peninsula.
Setubal is founded on the ruins of an ancient Roman settlement named Cetobria. This place is famous for its attractive streets with beautiful old houses, lush gardens and cozy shops, where you can find numerous nice souvenirs. The main sights of the town are Santa Maria de Graz Cathedral built in the XVI century and renowated in the XVIII century. After the renovation in the church appeared beautiful tiles with hand paintings. Tourists usually enjoy visiting the monastery of Jesus, which is also the location of Setubal Museum, and Gothic church of Jesus decorated with columns made of pink stone.
The territory of Setubal is famous for its spectacular scenery that unleashes the true beauty of the surrounding hills. The city organically combines its medieval look with architectural monuments that have been built later. These buildings are referred to different stylistic directions from different eras. On evenings the waters of the Rio Sado River offer an amazing entertainment – visitors can look at runs of dolphins that come to the river. The local government carefully protects all animals. Copyright www.orangesmile.com
Saint Philip's Castle is situated on top of the hill. It was built at the end of the 16th century to protect the coastal area. The castle is notable for its unusual architecture. It has the form of a star. Its first major reconstruction took place in the 18th century. In 1969, the historical building was badly damaged by an earthquake and was completely restored only ten years later. Today, it houses a luxurious hotel. Absolutely everyone can spend a few days there. 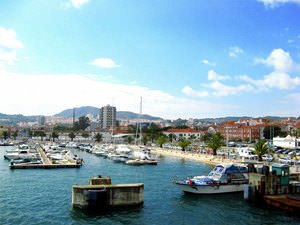 Miniature St. Julian church of the 13th century is also a great place to visit. Local fishermen spearheaded the construction of the church. It was their donations that helped to build a religious monument. Over the years, the church has been rebuilt several times. At present, its external appearance and interior design combine elements of different styles. The ancient wooden floor is one of the most unusual elements of its design. Ancient tiles also preserved there.
Fonseca historic vineyard, located in the vicinity of the city, will be of interest to even those who are indifferent to alcoholic beverages. The opening of the winery was held in 1834. The process of brand wine production has not changed from then on. Today, the plant is open for excursions. Its visitors can see old equipment, barrels for aging wine, and even taste the best varieties. 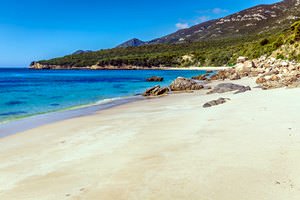 Bocage Square is a popular walking place among tourists. It is located in the very heart of the city. The name was given to the historical square in honor of the famous Portuguese poet Manuel Maria Barbosa du Bocage. His monument was erected in the very center as early as 1871. The area is characterized by an incredibly beautiful design. It is lined with colored decorative stone. Slender palm trees are planted around.
Lovers of walking in picturesque natural places will be offered a tour around Arrabida national park. The park was founded in 1976 and occupies a vast area of more than 100 sq. km. One can enjoy dense exotic forests, see rare plants and typical representatives of the local fauna. There are even two gorgeous beaches open for swimming there.
This guide to iconic landmarks and sights of Setubal is protected by the copyright law. You can re-publish this content with mandatory attribution: direct and active hyperlink to www.orangesmile.com.

City tours, excursions and tickets in Setubal and surroundings

Survived castles around Setubal
♥   Castle 'Castle of São Jorge' , 28.5 km from the center. On the map

National and city parks around Setubal
♥   Nature Park 'Arrábida' , 16 km from the center. On the map

Art galleries in Setubal and around
♥   Art museum 'Museu Nacional de Arte Antiga' Lisbon, 29.7 km from the center. On the map

♥   Art museum 'Museu Calouste Gulbenkian' Lisbon, 31.7 km from the center. On the map

Sights around Setubal from our guide 'Extreme places on Earth' 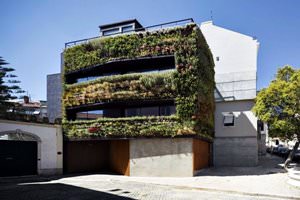 Distance from Setubal center - 37 km.
The green facade is not the only unique feature of this house. It has a lot of unusual architectural elements too. One of the main features is a long pool located on the roof. It has windows in its bottom. If you dive in and look into them, you can see a bedroom situated below. Inside, the house is designed in light-colored palette. Three floors are connected by long wooden stairs. Many rooms have large windows. The house is literally enveloped by the natural splendor. … Read further

Distance from Setubal center - 35.2 km.
The amazing shopping center building is an environmental project. Natural materials were used in its construction. Special energy-saving systems are connected in a large-scale building. The shopping center participates in special waste disposal programs. This also makes it special. The first reconstruction of the shopping center began in 2007. It lasted almost two years. Its interior design was partially changed during this period. Fashionable innovative solutions have been added to it. … Read further

Search touristic sites on the map of Setubal

Sightseeing in regions nearby Setubal

Lisboa Region
Lisboa has numerous beautiful palaces, including Palácio Nacional de Queluz, Palácio Nacional de Belém and Palácio Nacional de Mafra; those are true embodiments of the Baroque style. Among the cultural venues, Teatro Nacional de São Carlos, as well as Museu Nacional de Arte Antiga with its priceless collection of paintings and tapestries deserve attention. The city of ... Open »
Lisbon
After the devastating earthquake many sights of the city have been restored and today these places as well as other sites that have managed to survive are frequently visited by numerous tourists who come to see this magnificent city. The Vasco da Gama Bridge is one of the large-scale and modern facilities of our days. The bridge connects the city’s airport with a network of ... Open »
Cascais
Nowadays the coastal line is occupied by magnificent beaches. The biggest one is named Guincho. This is a true paradise for surfing lovers, because here you will find high and powerful waves. Torre and Ribeira beaches are no less popular. Naturally, the majority of hotels, restaurants, discos and bars are also located in the beach zone. This helps making the rest here ... Open »
Evora
The Cathedral of Evora or Sé de Évora is a true gem of the city. The building of the notable architectural landmark started in the 80s of the 19th century and lasted sixty-four years despite the fact that the church was consecrated just eighteen years after the start of building works. This is a beautiful example of the Romanesque-Gothic style. Outside, the cathedral is ... Open »
Tomar
The central part of Tomar is considered a historic district. Here have remained old narrow streets, on which you will see small shops and cozy cafes. The main shopping street of the town is Rua Serpa Pinto. Here you will find best shops that are full of attractive clothes, jewelry and perfume. The street will take you to Praça da República Square, which is the location of ... Open »
Leiria
The town is truly beautiful. Since old times visitors have come to this place to see a beautiful castle (castello). There is also a large and modern stadium in the town. It can sit 25,000 people, so the stadium hosts football matches and competitions in track and field athletics. There is a swimming pool near the stadium. The swimming pool’s track is 25 meters long. It is ... Open »

All about Setubal, Portugal - sightseeings, attractions, touristic spots, architecture, history, culture and cuisine. Prepare your trip together with OrangeSmile.com - find out the 'must see' things in Setubal, which places to visit, which excursions to take, where the breathtaking views are waiting for you. Planning your trip with this travel guide will help your to get the most out of Setubal in few days.