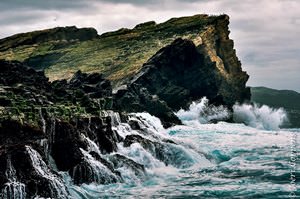 Ilha do Pico is sometimes called simply Pico. Portuguese began to settle the island in the 15th century, along with the rest of the Azores archipelago. When more settlers arrived to the island, local lands became more attractive for pirates. For protection from attacks of sea robbers, Santa Catarina Fort was built near the city of Lajes Do Pico at the end of the 15th century. For centuries, the fortification saved people. Over time, some of the walls were dilapidated and crumbled. But there was a reconstruction in 2006, and now you can see the Fort almost in its original form. Today it is the only surviving fortress on the island.
Cuisine of Pico Island for gourmet with top restaurants and cafe
Pico's cuisine consists of a combination of Portuguese culinary traditions and the inventions of island chefs. In local restaurants, in addition to a variety of fish dishes, there is a wide …

Open
There was built Church of the Immaculate Conception on the territory of the Fort in the 17th century. Despite the fact that the building was badly damaged by fire in 1830, the locals decided to restore the Church. Today, a beautiful religious building attracts thousands of tourists from all over the world. Lajes Do Pico is home to one of Europe's few whaling museums. Whale hunting was one of the main occupations of the islanders from the 18th century to the end of the 20th century. Only three decades ago, whaling was finally prohibited. The Museum presents whaling vessels, tools for catching whales, products from bone and teeth of sperm whales. In addition, you can see the devices for the production of flour and fat on the site of the old whaling house.
Quite interesting is the exposition of Pico Regional Museum, devoted mainly to the history of the colonization of the island and the life of the locals. In the area of Madalena, you can see the vineyards, founded in the 15th century when the island was known throughout the world as a leader in the production of wine. In the 19th century, the area of vineyards decreased, due to disease but it still makes first-class wine, which was once served at the festival of monarchs from around the world. Today, there are guided tours for everyone with a detailed story which tells how people prepared wine in the old days. Copyright www.orangesmile.com
Authentic traditions, festivals and lifestyle of Pico Island inhabitants
Locals are good for foreigners trying to speak Portuguese, even with mistakes. However, there are many people, especially those who live or work near major beaches and tourist attractions …

Open
You can visit an abandoned whaling factory in the area of San Roque do Pico, where were 5 enterprises of this kind. In the same municipality, you can see the monastery of San Roque, the chapel of Bom Jesus of the 16th century, the Church of San Roque, built in 1714, the monastery of San Vicente and the monastery, built in the Baroque style of San Pedro de Alcantara of the 18th century. Many churches, houses and administrative buildings have been preserved in the local settlements, whose age has already exceeded two hundred years. 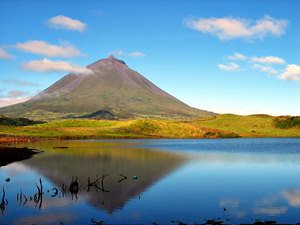 In San Mateusz you can see the magnificent Church of St. Matthew. The area is named in his honour. The temple was built in 1890 and represents a combination of Baroque and Gothic architecture. You can see the religious building on Rua da Boa Vista street. There is also a very beautiful parish Church of Bom Jesus-Milagroso. On August 6, people from all over the archipelago come here to the feast of the Merciful Jesus. Be sure to see the Church of Nossa Senhora da Conceição, which construction was finished in 1753.
Your active city break in Pico Island. Attractions, recreation and entertainment - best places to spend your day and night here
One of the most interesting attractions of the island is considered to be the dormant volcano Pico, which the last eruption occurred more than three centuries ago and was so strong that lava …

Open
There is quite an interesting story for the name of the municipality of Calheta de Nesquim. Three injured sailors from the wrecked vessel are considered to be the pioneers of this place. They were led to the Bay by a dog named Nesquim, which was also on the wreck. The local parish church was built in 1851 on the site of the destroyed chapel of the 15th century. You should definitely see the Church of San Sebastio and 16th-century windmills of Maricao of the 17-18 century building. They are still in excellent condition. Here are a few of the abandoned whaling factories and Imperio Calheta de Nesquim - the religious building of the 20th century, which is the main part of the commemorations of the Holy Spirit, popular on the Azores.

This guide to cultural sights Pico Island is protected by the copyright law. You can re-publish this content with mandatory attribution: direct and active hyperlink to www.orangesmile.com.
Pico Island - guide chapters 1 2 3 4 5 6 7 8

The inconspicuous fishing village of Albufeira is currently the center of the resort recreation area. It is worth visiting the Tunnel Beach, the local Castle, the Obelisk to the Fishermen and the Park-Oceanarium. Smaller in terms of importance and territory are the towns of Vilamoura with a grandiose yacht club, as well as Portimão with the fortifications of St. Catherine, the destroyed necropolis and villas of the Roman rulers. Not far from the villa is one of the most beautiful beaches – Praia da Rocha.  … Open

Excursions over cultural sights of neighbours of Pico Island

Ilha do Faial
You should visit the Caldera crater. This is a protected area today. A unique relict beech forest has been preserved here. The crater is huge. There are several small but very picturesque lakes at its bottom. A 10km long walking route runs along the edge of the crater. A magnificent view of the bottom and surrounding area opens from its edge. If there is no fog, you can see ... Open »
Azores
Travelling around the Azores will bring a lot of wonderful memories. Each of the islands is home to unique natural and historical attractions. San Miguel is the largest island of the archipelago. On the island travelers are recommended to visit old palaces of the 17th century, the church of St. Sebastian and a treasury located next to it, and Carlos Machado Museum. Fans of ... Open »
Graciosa
So, you can have a closer look at those things which were found and are still here in the Graciosa Ethnographical Museum. Household items of the first settlers, crafts made by locals, pieces of casual and special occasion clothes are exhibited there. What is more, there is an exposition dedicated to the emergence and development of winemaking on the island. It’s pretty ... Open »
Terceira Island
If you have come to the island, be sure to visit the oldest town not only on Terceira but on all of the Azores - Angra do Heroísmo, which the locals often simply call Angra. The settlement was founded in the middle of the 15th century, and since then many buildings of that time have been preserved on its territory and in the surrounding lands. The city of Angra itself is a ... Open »
Sao Miguel Island
There are several quite old productions on the territory of Sao Miguel. For example, famous winery Quinta da Jardinette is located in Fenais da Luz. Here you can try several varieties of local wines, buy souvenirs, and join the excursion which will take about an hour. The manager will tell you a lot of interesting things about how wine-making appeared on the island, how it ... Open »
Madeira
It was built in the 16th century and nowadays the magnificent building houses a winery. Travelers may follow the process of Madeira production and visit a tasting room and then buy a bottle of favorite wine as a token of memorable visit. The Se Cathedral built of lava building blocks, the ancient Fish market, the Santa Clara Church and the scenic gardens are most worth ... Open »

Culture guide to Pico Island. Which fascinating sights to visit once you are in Pico Island: temples, churches, museums, theaters and castles. Recommendations (with addresses, phone numbers and links) on the places 'must visit' in Pico Island. Plan your own city excursion by using this page info!