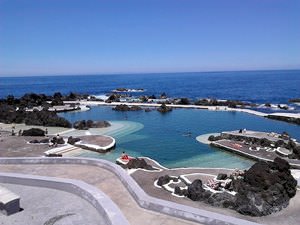 Every city of Madeira features plenty of unique landmarks and sights. To fully embrace the beauty and cultural traditions of the island the travelers should take a general sightseeing tour through the major cities and enjoy the historical landmarks. The capital of the island, the city of Funchal attracts most tourists as its territory has preserved a vast number of ancient palaces and squares. The main sight of the capital is the Franciscan Monastery.
Extraordinary weekend in Madeira - unusual places, services and attractions for travel gourmet
Madeira is a great place for discoveries and unique entertainment. Think that beach vacations at local resorts are nothing special? Then head to Porto Moniz Promenade where you can swim in …

Open
It was built in the 16th century and nowadays the magnificent building houses a winery. Travelers may follow the process of Madeira production and visit a tasting room and then buy a bottle of favorite wine as a token of memorable visit. The Se Cathedral built of lava building blocks, the ancient Fish market, the Santa Clara Church and the scenic gardens are most worth noticing among other sights of the capital.
The northern part of the island hosts a small village Santana. Visiting the village will be of great interest for those travelers wishing to get to know better the culture and way of life of local folks. The scenic streets featuring characteristic ethnic houses, small squares embraced with scent laden flower beds and beautiful gardens promote the ambiance of harmony and piece in Santana. Copyright www.orangesmile.com
Shopping in Madeira - main shopping streets, outlets and boutiques
A large part of Madeira's popular shopping centers and galleries can be found in the city of Funchal, where Forum Madeira is located. It is a very large mall featuring a spectacular design. …

Open
The neighboring Porto Santo island is worth visiting as well. The main sight of the island is the house of Columbus. For several years the renowned sailor lived on the island. Today the atmosphere of past ages is totally restored in this house. The scenic village Curral das Freiras lies in the crater of the silent volcano. In the beginning of the 16th century a convent was built there. Local people sought shelter there during the pirate invasions. The ancient building has been preserved till nowadays. Today it is among the most important spots of touristic attraction. 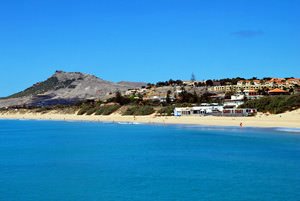 The ancient seaside city of Machico is known for its unique religious landmarks and fountains of ultimate beauty. The city has preserved the ancient fort which time and again guarded its citizens from conqueror and pirate invasions. The small town of Porto Moniz boasts the natural attractions as it features impetuous waterfalls, marvelous woods and perplexed caves and grots.
Guide to Madeira sightseeing - things to see and to visit
Madeira is the island of the eternal spring. This place became a well-known European resort yet in the XIX century. Madeira is a place where celebrities, lords and kings come to have some …

Open
Due to the many natural attractions scattered throughout the island, here you can find many viewing platforms allowing tourists to enjoy all this magnificence from a bird's eye view. The best observation areas are Miradouro da Ponta do Rosto in Caniçal, Miradouro Pico Dos Barcelos in the island's capital, Miradouro do Cristo Rei do Garajau in Caniço, and Miradouro da Portela located in Machico. 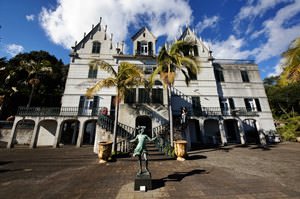 Also, the capital of Madeira boasts some interesting sculptures, which include the Monument to the Worker (Monumento ao Trabalhador) and the Monument to the Madeiran Emigrant (Monumento ao Emigrante Madeirense). You can also find statues erected in honor of prominent figures (for example, Estatua Zarco). Each sculpture is a real work of art, so it's a pleasure to find a new one. A peculiar attraction of Funchal is Tunel das Pocas do Gomes, thanks to which one can quickly get to Formosa Beach. But the tunnel built in 2005 would not be an attraction if it weren't for the beautiful ocean views.
Family holidays with kids in Madeira. How to entertain your child, things to show to children.
Madera is popular among tourists due to its luxurious beaches, extensive rainforest and historical sites. Travelers with children will not be bored here. In the town of Porto Moniz, they …

Open
While in the capital of Madeira, be sure to visit Câmara Municipal do Funchal famous for its wonderful "azulejos" (traditional Portuguese tiles). Do not miss your chance to get inside and walk through the amazing courtyard with a fountain and a sculpture dedicated to the Greek myth of Leda and the Swan. As for the building, it was built in an eclectic style combining Baroque and Moorish elements in 1758 but began to be used as a town hall only in 1883. The structure was rebuilt only once - in 1940. Among Funchal's most impressive religious sights is the Igreja de Nossa Senhora do Monte featuring wooden decoration typical of Portuguese sacred architecture. Particularly striking is the church's interior with its magnificent altar. 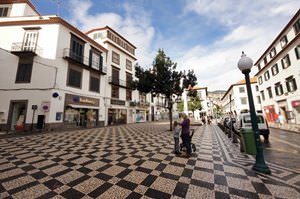 Those who wish to enrich themselves with great theater performances are encouraged to visit the Teatro Municipal Baltazar Dias, which is also located in Funchal. Most museums of interest to every tourist can be found in the capital too. These include the Caravel Art Center that stores an impressive collection of works of fine art painted in different styles - from impressionism to contemporary art. Of great interest to travelers are workshops that are organized here in the gallery. Those who prefer church art would be happy to check out one more cultural institution - the Museu de Arte Sacra.
Cuisine of Madeira for gourmet with top restaurants and cafe
Madeira is a genuine gastronomy paradise for tourists fond of sea foods and exotic fruits. The local restaurants will treat their guests with incredible food masterpieces made of crab meat …

Open
Museu do Brinquedo will surely appeal to tourists traveling with small kids, while independent tourists will be able to feel like children themselves. The museum has a huge collection of toys - cars, models of ships, dolls and houses for them, railway layouts - and each thing is unique. Monte Palace is famous for its stunning garden, so you shouldn't miss the opportunity to stroll through the picturesque expanses. A rich collection of exotic plants from around the world, green landscapes where beautiful peacocks walk freely, as well as a lake with swans and ducks - it’s hard to imagine a more wonderful place to relax the mind. The museum also has collections of sculptures and minerals from around the world. 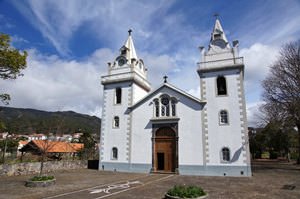 Get acquainted with the island's military history, especially with the times of the First and Second World Wars, in the Museu Militar da Madeira, among the exhibits of which are various weapons, documents, photographs. In the Museu de Historia Natural, you can find a beautiful collection of stuffed animals living on the island, as well as exhibits in the form of stuffed sea creatures inhabiting the Atlantic Ocean. Of great interest to many travelers is a museum dedicated to the island's traditional wine - Madeira (the Adegas de São Francisco). It tells all about its production, and at the end of the tour, visitors can enjoy tastings.
Authentic traditions, festivals and lifestyle of Madeira inhabitants
The cultural life of Madeira is rich in different events. The fests and exciting events are held there almost every month. Most of the travelers prefer visiting the resort on the eve of New …

Open
Other interesting museums can be found in other cities of the island. So, from a historical point of view, of interest is the last functioning water mill on the island - Moinho a Água de São Jorge located in San Jorge. During a tour, you can find out a lot of interesting information about the history of mills on the island and their functions. A cultural institution allowing foreigners to get closer to the local culture is located in Ribeira Brava. This is about the Museu Etnografico da Madeira. Despite its rather small size, many consider it to be the best museum due to its magnificent collection introducing visitors to the traditional craft of the indigenous people, their vehicles, professions, and rural lifestyle.

In the section below, you can get one of our excursion, activities or city discovery tours over Madeira and surroundings. Our website offers 10-30% lower ticket prices, when compared to the offline purchase on the spot.

This guide to cultural sights Madeira is protected by the copyright law. You can re-publish this content with mandatory attribution: direct and active hyperlink to www.orangesmile.com.
Madeira - guide chapters 1 2 3 4 5 6 7 8 9 10 11

What to visit during two-day excursion in Madeira

Pico Do Areeiro And Pico Ruivo

Public palaces near Madeira
♥   Palace 'Palácio de São Lourenço' , 25.1 km from the center. On the map

Photogallery of cultural heritage of Madeira

Excursions over cultural sights of neighbours of Madeira

Funchal
Palheiro Park is also one of the unique attractions; there is an extensive collection of exotic plants and flowers brought from different parts of the world on its territory. The Jardins Botanicos da Madeira is the main natural attraction of the city. Its collection consists of more than two thousand different plants, among which are very unique and rare species. Parrots are ... Open »
La Palma Island
You should definitely visit the Castle of Santa Catalina. Built in 1554, its purpose was to protect the city, which was destroyed by the pirates the previous year. It had been successfully fulfilling its goal for a few centuries. There were food warehouses, barracks, and a prison. A nice civilian building is the 17th-century Casa Salazar, the castle of the governor Salazar. ... Open »
Puerto de la Cruz
One of the most beautiful architectural monuments is Casa de la Real. In spite of the fact that it is the monument of the later period, this effective building looks quite harmonically next to old ones. A lot of historical houses were rebuilt to entertaining establishments and shops, and this fact makes the walking more pleasant. So, Casa de Miranda is another curious ... Open »
Canary Islands
The tiny island of La Gomera also features interesting historical sites; its main city of San Sebastian would be a real boon to those fond of exploring historical places. At every step, you can see the most beautiful buildings of different eras. Scenic Garajonay National Park is also situated on this island. Lanzarote Island is rich in natural attractions; here is the number ... Open »
Tenerife
Of course, the main natural attraction and the permanent symbol of the island is the Teide volcano. All vacationers can take a walk along the slopes of the volcano and admire the incredibly beautiful Martian landscape. The fabulously beautiful national park extends next to the volcano. Besides architectural and cultural attractions, Tenerife Auditorium should be mentioned. ... Open »
Los Gigantes
Among the great variety of religious monuments preserved in the region, the Basílica de Nuestra Señora de Candelaria stands out in particular. Its walls keep many valuable religious artifacts, including an old sculpture of the Virgin of Candelaria, the patroness of the small fishing town. A large monastery complex founded in these places in the colonial period has survived ... Open »

Culture guide to Madeira. Which fascinating sights to visit once you are in Madeira: temples, churches, museums, theaters and castles. Recommendations (with addresses, phone numbers and links) on the places 'must visit' in Madeira. Plan your own city excursion by using this page info!