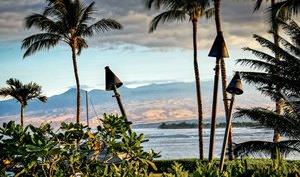 The best way to begin to explore the history and culture of the Hawaiian Islands is to visit the Bishop Museum. This institution was established more than a century ago, in 1889, to preserve the historical and cultural heritage of the archipelago and all the Pacific Islands. Today, the Museum's collection contains no less than 24 million different historical, cultural and natural monuments. The local library contains 115 thousand different publications, a million videos, audio recordings and manuscripts.
Family holidays with kids in Hawaii Islands. How to entertain your child, things to show to children.
Hawaii is not only surfing, warm sea and endless summer. Babies, teenagers, active children and quiet kids who love to visit museums won’t be bored here. Be sure to visit the Honolulu …

Open
Three floors of the Hawaiian Hall of the museum allow you to get acquainted with the history of the Islands. The whole hall is dedicated to the endemic birds of the archipelago and their importance in the life and culture of the islanders for centuries. In the science and entertainment hall, you can learn and actively participate in the study of those areas of science in which the contribution of the Hawaiian scientists was the highest. This is research in oceanology and volcanology. The quiet hall will tell you all about the flora and fauna of the Pacific Islands. The museum also presents a rich collection of clothing, weapons, cult objects and household items of the ancient Hawaiians. There is an opportunity to observe the starry sky through a telescope or participate in the program "Night at the Museum".
Don’t miss the opportunity to visit the Iolani Palace. There are not so many publically opened former Royal residences in the world, and it is a unique structure for the United States. The history of the Palace of Iolani began in 1845, when King Kamehameha II moved the capital to Honolulu and bought a small room of shell rock from relatives, rebuilt and supplemented it. According to local traditions, the Palace had only a throne room, a reception room and a dining room. Later, the rulers decided that the small Palace is too modest, and began to build a construction that we can see nowadays. Copyright www.orangesmile.com
Cuisine of Hawaii Islands for gourmet with top restaurants and cafe
While being on holidays in Hawaii, be sure to try local cuisine. Don’t think that if the archipelago is a part of the United States, it has American food. Local cooks know how to cook …

Open
There were all of the benefits of civilization in 1882 in the four-storey house – telephone and electrification. After the overthrow of the monarchy here was the government of Hawaii. Moreover, in addition to the interior, there are preserved royal regalia, books, and paintings in the Palace. «The new palace» of Kamehameha V also deserves your attention. It is built across the street from Iolani Palace. But nowadays you can observe the construction only from outside. The state Supreme Court is located here. During your holidays in Hawaii, it is worth visiting the world-famous sea base Pearl Harbor. One more exciting attraction is the first in the archipelago Fort Rucker, which can be found in the crater of Diamond Head volcano. 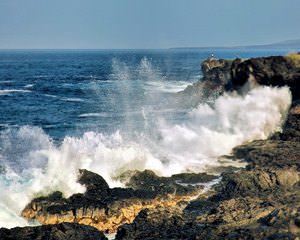 Another interesting object on the island is Shangri La Museum of Islamic Art, Culture & Design, the estate of the American heiress and philanthropist Doris Duke, built in 1937. A large variety of architectural traditions of India, Morocco, Iran and Syria was taken into account during the construction of this building. For almost six decades, Duke gathered in Shangri La 2500 art objects of Muslim culture. Some of them are included directly in the interior of the house, like panels and carpets, while others are simply exhibited. Now Shangri La is open to tourists and is the venue for a variety of exhibitions and seminars.
Authentic traditions, festivals and lifestyle of Hawaii Islands inhabitants
An interesting feature of the mentality of Hawaiians is that they do not feel the passage of time. Perhaps, the reason is that there is almost no change of seasons in the archipelago at all, …

Open
Honolulu Museum of Art was opened here in 1927. Missionaries Anna and Charles Cook were founders of this place. There are 50 thousand art objects covering almost 5000 years of human history. Initially, all the exhibits were located in the Cookhouse, but later a separate building was built for them, which was later joined by a library, a scientific wing, a theatre, a gallery of modern art and an art studio. There are also souvenir shops and administrative offices. The modern exposition of the Museum of Art includes paintings, graphics, objects of decorative and applied art of European, American and Polynesian masters. There are also film screenings, lectures and master classes.

In the section below, you can get one of our excursion, activities or city discovery tours over Hawaii Islands and surroundings. Our website offers 10-30% lower ticket prices, when compared to the offline purchase on the spot.

This guide to cultural sights Hawaii Islands is protected by the copyright law. You can re-publish this content with mandatory attribution: direct and active hyperlink to www.orangesmile.com.
Hawaii Islands - guide chapters 1 2 3 4 5 6 7 8 9

Unique spots in Hawaii Islands and near 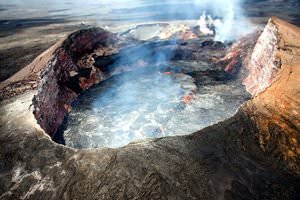 Distance from Hawaii Islands center - 38.4 km.
Hawaiian volcanoes are mentioned among the most active in the world. Despite the fact that Kilauea is the youngest among them, this doesn’t diminish its destructive force. Height of the volcano is 1,247 meters; its last eruption has begun January 3, 1983. It has reached peak relatively recently, in March 2011, but Kilauea still continues to erupt today. According to rough estimates of scientists, the crater of the volcano exudes 50,000 m3 of lava annually. … Read further 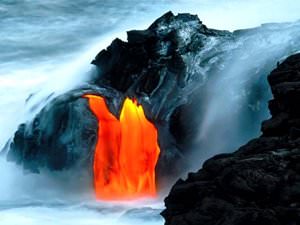 Distance from Hawaii Islands center - 29.8 km.
Among active Hawaiian volcanoes Mauna Loa is the most notable; its height is 4,169 meters. Continual monitoring of its activity is conducted since 1912. Currently there is the large Volcano Observatory on the island. Over the past hundred years there have been two major eruptions, one of which occurred in 1950, and another one - in 1984. … Read further

Excursions over cultural sights of neighbours of Hawaii Islands

Maui
The Maui island is famous for its natural attractions. It will be of great interest and pleasure for those who can not imagine a vacation without exciting trips and tours. In the heart of the Lahaina city one will find a unique Banyan Tree in Lahaina which was planted in the 1873 and is considered to be the oldest tree on the islands. The main square has got its name from this ... Open »
Lanai
Lanai city is one of the largest local attractions. It is the main and the major town on the island. The settlement hasn’t changed a lot since the 20th century. There are the same old streets, houses and squares. So if you want to visit the truly American town from the past century, be sure to go around all corners of the local capital. The idyllic picture is destroyed only ... Open »
Molokai
In Molokai, there are a lot of historic and natural attractions. One of the main sites is located in the eastern part of the island. This is the complex of two separate buildings named Damien's Churches. Catholic churches were founded at the initiative of Father Damien, a Belgian priest. In ancient times, the church served as a hospital for islanders. People affected by leprosy ... Open »
Honolulu
Start your acquaintance with the city from making a walk through the picturesque district of Waikiki, which is home to a huge number of entertaining facilities. There is also the most popular city beach that has the same name. The beach is the location of one of the major attractions of the district area - Duke Kahanamoku statue – the world-famous athlete and the Olympic ... Open »
Oahu Island
Arizona, which was the victim of the Japanese attack, is now still lying on the bottom of the sea. The memorial is a concrete structure located exactly above the frame of the ship. Sometimes oil stains emerge above the ship. Americans called it the "tears of Arizona". You can also visit the Battleship Missouri Memorial. The ship not only «saw» the battles of World War II, ... Open »
Kauai Island
However, it is not surprising that the unifier of the archipelago failed to take the island by force. People lived on Kauai before the beginning of our era. Park Haena is a place where you can find confirmation of this fact. Any curious traveller can find this place in the North of the island. Haena is very beautiful and has caves and grottoes formed several thousand years ... Open »

Culture guide to Hawaii Islands. Which fascinating sights to visit once you are in Hawaii Islands: temples, churches, museums, theaters and castles. Recommendations (with addresses, phone numbers and links) on the places 'must visit' in Hawaii Islands. Plan your own city excursion by using this page info!