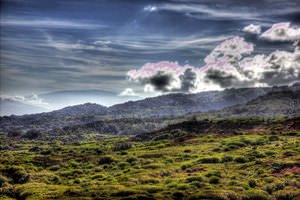 Lanai is a small island, which is 98% owned by one of the owners of the famous Oracle company since 2012. However, this is not a unique situation – for almost the entire history the island was owned by certain farmers and planters. The local pineapple plantation that grows there for several centuries can be considered a historical landmark. However, despite the small size and a small number of historical events on the island, there are several pretty curious objects on Lanai.
Best beaches and recreation areas around Lanai
20 charming beaches are available for the guests of Lanai Island, 12 of them for free public access. Manele Bay beach is located in the southern coast of the island and it is a part of …

Open
Lanai city is one of the largest local attractions. It is the main and the major town on the island. The settlement hasn’t changed a lot since the 20th century. There are the same old streets, houses and squares. So if you want to visit the truly American town from the past century, be sure to go around all corners of the local capital. The idyllic picture is destroyed only by passing cars of local inhabitats. You should better explore the town on foot, but the rest of the island should be explored by car.
Walking around the capital city, do not forget to take pictures of local views, you will never find such a "rainbow" settlement elsewhere in the world. Dole Park is a nice place which was founded about a century ago. The Garden of the Gods or Keahiakawelo also deserves your attention.Here was formed a canyon during the eruption of the volcano. There appeared many colourful hills and towers of the most bizarre shapes over thousands of years of winds and temperature changes. The locals have believed that the creators of the human race lived here. Copyright www.orangesmile.com
Top hotels in Lanai for business trip or short vacation
Lanai island offers travellers 3 upscale hotels, each of them is ready to meet the requirements of the most discerning guests. Admires of luxury are sure to like Manele Bay hotel, which is …

Open
If you want to get acquainted with the life of local fishermen, you should go to any of the local coastal villages. Most Hawaiians enjoy talking about fishing, and they can even teach you a couple of interesting fishing pecularities, cooking or building huts, but for a small fee. Please note that many villages speak little English, although in general locals are nice to tourists and they will certainly try to enter into a dialogue with you using gestures. 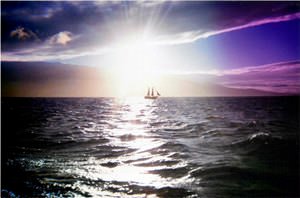 The ideal place to explore all the features of the local architecture is Kaunolu village. A local fishing center located here in the past, but now the settlement is left by the inhabitants and slowly decaying. You can get here in an organized group or rent an off-road vehicle. In addition to the usual huts of local residents, you can see quitelarge ancient economic and religious buildings that have remained in the village. It is believed that the buildings have remained from the times of first settlements. However, it is absolutely known that there are ancient rock inscriptions of the first colonies near the village.
Shopping in Lanai - main shopping streets, outlets and boutiques
Despite the fact that there are several huge shops with clothes, shoes and different accessories on Lanai, the island is not a perfect place for several hours shopping. However, if you want …

Open
There is a high rock next to the settlement which was an important location for the soldiers of the island. Young men dived into the sea here in the past, trying to prove their bravery. Shipwreck Beach is the evidence of the violence of the elements. This small strait is known for its turbulent and unpredictable currents which sent ships to the rocks for several times. One of the defeated «giants» still lies right on the beach in the bay. If you are an experienced diver, you can dive here and see firsthand many frames of ships of different eras.

In the section below, you can get one of our excursion, activities or city discovery tours over Lanai and surroundings. Our website offers 10-30% lower ticket prices, when compared to the offline purchase on the spot.

This guide to cultural sights Lanai is protected by the copyright law. You can re-publish this content with mandatory attribution: direct and active hyperlink to www.orangesmile.com.
Lanai - guide chapters 1 2 3 4 5 6 7 8 9
Car rental on OrangeSmile.com

Photogallery of cultural heritage of Lanai

Excursions over cultural sights of neighbours of Lanai

Molokai
In the valley, there are deep caves, impregnable rocks, and plains that have a panoramic view of the sea coast. Also, there are several beaches that are very popular with fans of water activities. The most mysterious attraction of the island is Iliiliopae Heiau. A few centuries ago, there was a big temple in the 13th century. It was a place where religious events took ... Open »
Maui
All the visitors can hike through the scenic eucalyptus forests and meadows and then set to the show white beaches or enjoy the magnificence of the sunset from the top of the silent volcano. The suburbs of the park host the waterfalls Seven Sacred Pools which are also of great attraction for tourists. The travelers may not only observe the beauty of the waterfalls but as well ... Open »
Honolulu
The crater of extinct Diamond Head Volcano is one of the most famous and most visited tourist attractions of Honolulu. The diameter of the crater is 1073 meters and its height is just 231 meters. Diamond Head has the full right to be called the most striking natural attraction of the island. You will also find remarkable religious sites in Honolulu. Kawaiahao Church is, ... Open »
Oahu Island
Arizona, which was the victim of the Japanese attack, is now still lying on the bottom of the sea. The memorial is a concrete structure located exactly above the frame of the ship. Sometimes oil stains emerge above the ship. Americans called it the "tears of Arizona". You can also visit the Battleship Missouri Memorial. The ship not only «saw» the battles of World War II, ... Open »
Hawaii Islands
Three floors of the Hawaiian Hall of the museum allow you to get acquainted with the history of the Islands. The whole hall is dedicated to the endemic birds of the archipelago and their importance in the life and culture of the islanders for centuries. In the science and entertainment hall, you can learn and actively participate in the study of those areas of science in ... Open »
Kauai Island
However, it is not surprising that the unifier of the archipelago failed to take the island by force. People lived on Kauai before the beginning of our era. Park Haena is a place where you can find confirmation of this fact. Any curious traveller can find this place in the North of the island. Haena is very beautiful and has caves and grottoes formed several thousand years ... Open »

Culture guide to Lanai. Which fascinating sights to visit once you are in Lanai: temples, churches, museums, theaters and castles. Recommendations (with addresses, phone numbers and links) on the places 'must visit' in Lanai. Plan your own city excursion by using this page info!