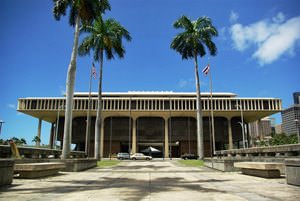 Oahu is rich with various historical monuments, belonging to different eras. Those who want to learn more about the role of World War II for Americans should definitely visit the USS Arizona Memorial. It is dedicated to the memory of the fallen on the battlefields. It is known that the monument is located at naval base Pearl Harbor in Honolulu. The base was attacked by the Japanese, who announced the outbreak of hostilities. There is a tour to this place which is preceded by a small video with a chronicle of those events. You can visit the memorial for free, but if you want, you can pre-book a place in the tour group for a certain time, and this service costs a dollar. It takes about an hour to explore the memorial.
Your active city break in Oahu Island. Attractions, recreation and entertainment - best places to spend your day and night here
Oahu is a paradise for those who love surfing, snorkelling, waterskiing and watersports activities. Waikiki Beach is one of the most famous and recognized beaches in the world which is 24 …

Open
Arizona, which was the victim of the Japanese attack, is now still lying on the bottom of the sea. The memorial is a concrete structure located exactly above the frame of the ship. Sometimes oil stains emerge above the ship. Americans called it the "tears of Arizona". You can also visit the Battleship Missouri Memorial. The ship not only «saw» the battles of World War II, but also the signing of the surrender of Japan. Moreover, the famous movie «Under Siege» with Steven Seagal was filmed here.
Everyone who wants to learn more about the history of Oahu should visit Queen Emma Summer Palace. This is quite a small museum with a pleasant, even homely atmosphere. There are not too many visitors and you will learn all the interesting things about the local exhibits – interior items, outfits and household items. Makua and Kila statue –modern monument, but it was made in Hawaiian style. You should definitely visit it to feel the atmosphere of the archipelago. Copyright www.orangesmile.com
Best beaches and recreation areas around Oahu Island
The legendary Waikiki beach situated next to luxury resort of the same name is one of the most important landmarks of Hawaii; its wonderful coast is in the list of the most beautiful beaches …

Open
Be sure to visit Iolani Palace. There are not so many cities where you can visit the Royal apartments. It was built in the late 19th century, the palace was a very modern construction for those times. Iolani was connected to a telephone line and electrified even before Buckingham Palace. Now, after the overthrow of the monarchy, the former Royal residence is opened for any tourists. You can see the remains of interior details, dresses and various household items of the Royal family inside the palace. «The new palace» of Kamehameha V also deserves your attention. It is built across the street from Iolani Palace. But nowadays you can observe the construction only from outside. The state Supreme Court is located here. 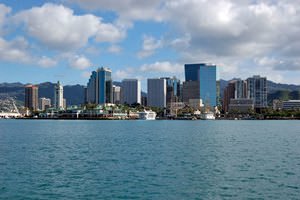 Don’t pass by Shangri La Museum of Islamic Art, Culture & Design, the estate of the American heiress and philanthropist Doris Duke, built in 1937. A large variety of architectural traditions of India, Morocco, Iran and Syria was taken into account during the construction of this building. For almost six decades, Duke gathered in Shangri La 2500 art objects of Muslim culture. Some of them are included directly in the interior of the house, like panels and carpets, while others are simply exhibited. Now Shangri La is open to tourists and is the venue for a variety of exhibitions and seminars.
Top hotels in Oahu Island for business trip or short vacation
Honolulu is the best place to stop for tourists looking for the luxurious hotel. Waikiki Beach Marriott is one of the best known on Hawaii. The hotel is situated at the famous Waikiki beach, …

Open
Don’t miss a chance to visit the Polynesian Cultural Center. There is located the Ethnographic Museum, which is opened for everyone who wants to get acquainted with the culture, beliefs and customs of the indigenous peoples of Polynesia. If you want to admire the beauty of Buddhist temples, go to the Valley of Temples, where are located cultural buildings that can be seen only in Oahu and Kyoto in Japan. Pu'u o Mahuka Heiau is the largest ancient temple on the island which will definitely impress you. If you have enough time, don’t miss a chance to admire the Kūkaniloko Birthstones, one of the most important ancient cultural sites on Oahu. Kawaiahaʻo Church built in 1842 is one more place that deserves your attention.

In the section below, you can get one of our excursion, activities or city discovery tours over Oahu Island and surroundings. Our website offers 10-30% lower ticket prices, when compared to the offline purchase on the spot.

This guide to cultural sights Oahu Island is protected by the copyright law. You can re-publish this content with mandatory attribution: direct and active hyperlink to www.orangesmile.com.
Oahu Island - guide chapters 1 2 3 4 5 6 7 8 9
Reference information
Map of all art museums

Art galleries in Oahu Island and around
♥   Art museum 'Honolulu Museum of Art' Honolulu, 23.9 km from the center. On the map

Unique spots in Oahu Island and near 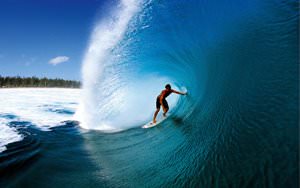 Distance from Oahu Island center - 7.1 km.
The beach Ehukai Beach Park is considered one of the most popular surfing fans. In spring and summer, it is relatively safe and can serve as a good training even for beginners. In autumn or winter, however, it is not recommended to visit the beach because of the strong waves. Not far away is a dangerous beach - Pipeline Beach, the surfers with its powerful waves. Not all sports enthusiasts can overcome them. The situation is made more difficult by the shallow reefs that are endangered. … Read further 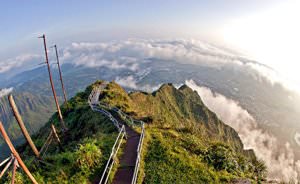 Distance from Oahu Island center - 17.3 km.
The path Haiku begins next to the small settlement of the same name. The end point of the path is the summit of Mount Pu'ukeahiakaho. The last stretch of the path is considered to be most complicated. It is a staircase of numerous low steps, fenced with the sparse wooden beams. The ascent on such a staircase will please the followers of the nerve kitzel. The staircase is very narrow and the people can only climb up one after the other. … Read further

Excursions over cultural sights of neighbours of Oahu Island

Honolulu
Start your acquaintance with the city from making a walk through the picturesque district of Waikiki, which is home to a huge number of entertaining facilities. There is also the most popular city beach that has the same name. The beach is the location of one of the major attractions of the district area - Duke Kahanamoku statue – the world-famous athlete and the Olympic ... Open »
Molokai
In Molokai, there are a lot of historic and natural attractions. One of the main sites is located in the eastern part of the island. This is the complex of two separate buildings named Damien's Churches. Catholic churches were founded at the initiative of Father Damien, a Belgian priest. In ancient times, the church served as a hospital for islanders. People affected by leprosy ... Open »
Lanai
Lanai is a small island, which is 98% owned by one of the owners of the famous Oracle company since 2012. However, this is not a unique situation – for almost the entire history the island was owned by certain farmers and planters. The local pineapple plantation that grows there for several centuries can be considered a historical landmark. However, despite the small size and ... Open »
Kauai Island
Kauai is an island with quite an interesting history. The fact is that this piece of land is the fourth largest among the entire Hawaiian archipelago and it had never been conquered. When Kamehameha I conducted his company to unite Hawaii, he sent troops to conquer Kauai twice and both times the conquests failed. Then the ruler decided to go the other way. There were used the ... Open »
Maui
The Maui island is famous for its natural attractions. It will be of great interest and pleasure for those who can not imagine a vacation without exciting trips and tours. In the heart of the Lahaina city one will find a unique Banyan Tree in Lahaina which was planted in the 1873 and is considered to be the oldest tree on the islands. The main square has got its name from this ... Open »
Hawaii Islands
The best way to begin to explore the history and culture of the Hawaiian Islands is to visit the Bishop Museum. This institution was established more than a century ago, in 1889, to preserve the historical and cultural heritage of the archipelago and all the Pacific Islands. Today, the Museum's collection contains no less than 24 million different historical, cultural and ... Open »

Culture guide to Oahu Island. Which fascinating sights to visit once you are in Oahu Island: temples, churches, museums, theaters and castles. Recommendations (with addresses, phone numbers and links) on the places 'must visit' in Oahu Island. Plan your own city excursion by using this page info!