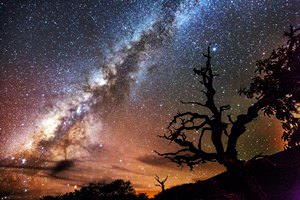 All the beaches of Hawaii, even those belonging to resorts are municipal. Travelers can choose virtually any stretch of coast they like. One of the most picturesque beaches in the archipelago is Lanikai

situated on Oahu Island. This vast stretch of coastline is covered with fine white sand, and the water here has a rich turquoise hue. Sea on this stretch of coastline is always very quiet. This picturesque beach is popular not only among fans of water sports, but also among photographers, which can make great pictures there.
Guide to Hawaii Islands sightseeing - things to see and to visit
Hawaiian archipelago consists of 162 scenic islands, but only seven of which are currently man mastered. Amazing archipelago with unique attractions and charming nature has long attracted …

is considered to be the most popular beach of Hawaii; it’s about one kilometer long. This amazing stretch of coast featuring a crescent shape is also among the most beautiful beaches of the archipelago, so it’s in high demand among romantic natures and nature lovers. Its creamy soft sand contrasts with the sky-blue water. You can always see small camps on a large coast during the high season. Hapuna Beach is characterized by rather strong waves, so this place is ideal for surfers.
The island of Maui can boast the amazing Kapalua beach with golden sand limited by lava headlands on both sides. They protect the beach from currents and wind, so water is always very calm there. A considerable part of the beach goers stay at capes; these places are very popular among fans of snorkeling. They can see a lot of exotic fish and sea turtles in coastal waters of Kapalua. Copyright www.orangesmile.com
Family holidays with kids in Hawaii Islands. How to entertain your child, things to show to children.
Hawaii is not only surfing, warm sea and endless summer. Babies, teenagers, active children and quiet kids who love to visit museums won’t be bored here. Be sure to visit the Honolulu …

; it’s in the immediate vicinity of Waikiki. This picturesque beach was formed in the crater of an extinct volcano, one side of which was destroyed by marine element. The result was an incredibly beautiful bay; about 3,000 people rest there every day. Haena Beach is situated to the north of Kauai; this place is well known to fans of Hollywood movies. This beautiful beach with golden sand and crystal clear water has become a permanent place for shooting movies. Thick tropical undergrowth looms close to its coast. 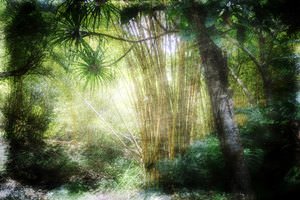 There are real natural attractions among many beaches of Hawaii, including Red Sand coast. As its name suggests, the main feature of this beach is unusual red sand. There are just a few similar beaches in the world. It seems that you can enjoy fabulously beautiful stretch of coastline forever. It appeared o site of the large tuff cone, that’s why it looks so unique. Every year, strong waves erode the cone, so the scale of the beach has been rising steadily. It should be noted that Red Sand Beach is quite inaccessible, and therefore the number of visitors in its territory is always the lowest.
Cuisine of Hawaii Islands for gourmet with top restaurants and cafe
While being on holidays in Hawaii, be sure to try local cuisine. Don’t think that if the archipelago is a part of the United States, it has American food. Local cooks know how to cook …

Open
There is also unique Green Sand Beach on Hawaii, one of two in the world. Tuff cone, which served as a place of formation of the beach, is rich in the mineral olivine having deep green color. This charming beach is surrounded by vast pastures, so you can reach it only with off-road vehicle or on foot. The beach is situated close to Ka Lae, the southernmost point of the archipelago.

This guide to top beaches in Hawaii Islands is protected by the copyright law. You can re-publish this content with mandatory attribution: direct and active hyperlink to www.orangesmile.com.
Hawaii Islands - guide chapters 1 2 3 4 5 6 7 8 9

Search for useful vacation services on the Hawaii Islands map

Top beaches and recreation areas in the region of Hawaii Islands

Maui
Kapalua is the picturesque beach located at remote bay of the same name. This coast is very calm and that makes it popular among the tourists with children. There's a good choice of apartments and small inns next to the beach. Kahekili beach located nearby is very calm and serene place. This scenic site is untouched by civilization, so it’s popular among nature lovers. ... Open »
Lanai
20 charming beaches are available for the guests of Lanai Island, 12 of them for free public access. Manele Bay beach is located in the southern coast of the island and it is a part of marine conservation area. The beach is not characterized by modern facilities that’s why it is necessary to take with you everything you need for your rest. But the choice of entertainment is ... Open »
Oahu Island
Waimanalo beach is among the biggest on the island. It’s known for strong waves and undertows, so it’s not recommended for family vacation; however, it’s very popular among fans of privacy. The beach lacks any equipment, but it’s patrolled with beach-rescuers every day. Malaekahana located in the north of Oahu is a good choice for families with chilren. The beach is ... Open »
Kauai Island
Mahaulepu Beach can safely be called one of the most scenic coast parts due to its water of amazing saturated turquoise color. The beach is very difficult to access, and therefore it’s almost never crowded. Fans of secluded relaxation, as well as snorkelers enjoy spending time there; underwater world on this stretch of coastline is incredibly beautiful. Travelers visiting ... Open »

Travel guide to best natural recreation areas in Hawaii Islands for a quiet and secluded summer vacation. Fascinating hidden beaches, amazing bay and coves to sunbathe and swim in the gentle waters of the resorts of Hawaii Islands.